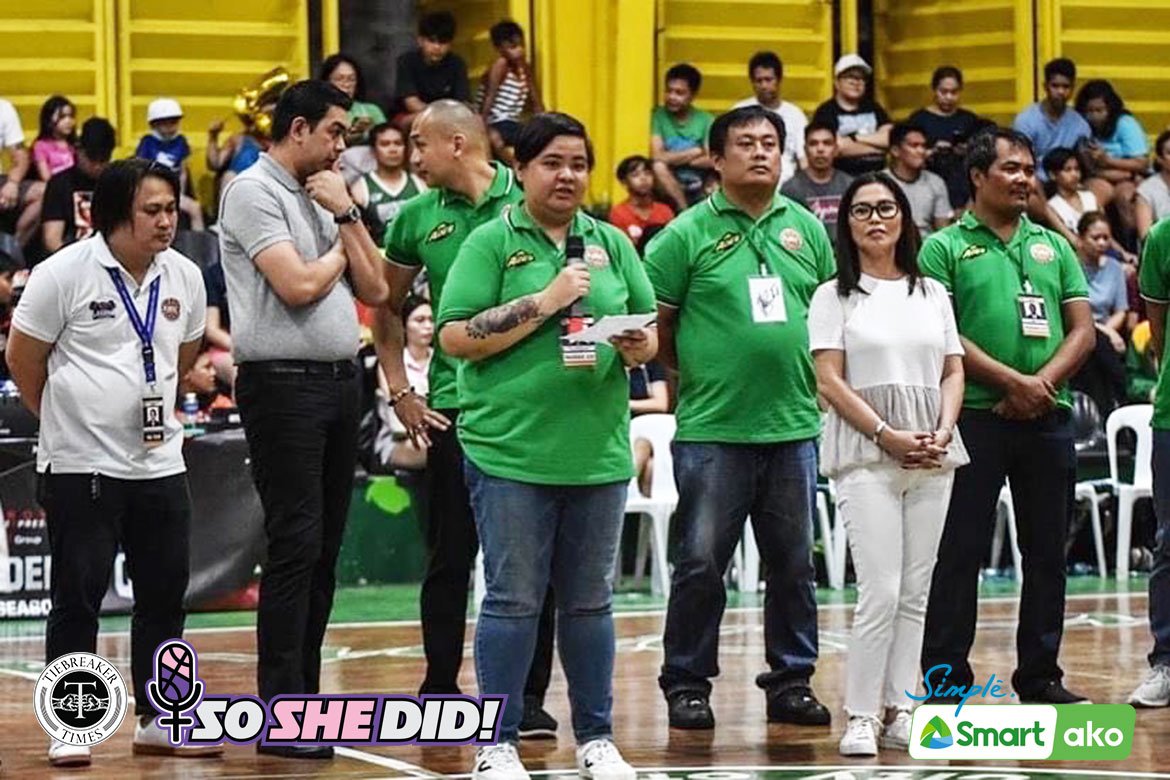 Those are two exceptional characteristics National Basketball League executive vice president Rhose Montreal saw in WNBL commissioner Bujoy Magno way back in 2017, when they were working on a 3×3 event.

“She worked with me in early 2017 for an international 3×3 event,” said Montreal on Saturday’s episode of Tiebreaker Vods’ So She Did!, presented by SMART.

“I saw her dedication, her passion but I can also feel her disappointment not having to play in a professional league after college.”

Just like many women’s cagers in the country, Magno had to stop playing the game after graduating Emilio Aguinaldo College in 2007.

Prior to that, Magno, a burly forward, stepped away from the game from 1999 to 2003 after sustaining a head injury in a WNCAA game against Colegio de San Lorenzo.

Four years after her career-threatening injury, she returned to the game, before coaching her alma mater afterwards.

Magno would also work with the Samahang Basketbol ng Pilipinas and Chooks-to-Go Pilipinas 3×3 later on.

With her experience, Magno was Montreal’s first and only choice to be commissioner of the WNBL after it turned pro last month.

“If you wanna be a well-known effective commissioner, it’s a lifetime of learning.”

But at first, Magno had other plans.

She wanted to join WNBL not as commissioner, but as a player since this is all a dream come true for her.

However, Montreal told her, “What if you become the first women’s professional basketball league’s commissioner in the country?”

But Montreal said something that sparked a fire in Magno’s heart.

“It is for women. You have to think about the women, not just you. It’s just the whole country having the first women’s professional league,” Magno recalled Montreal saying.

And now that all is set in stone that WNBL is the country’s professional women’s basketball league, Magno wants to see “Girls turn into women into professional players.”