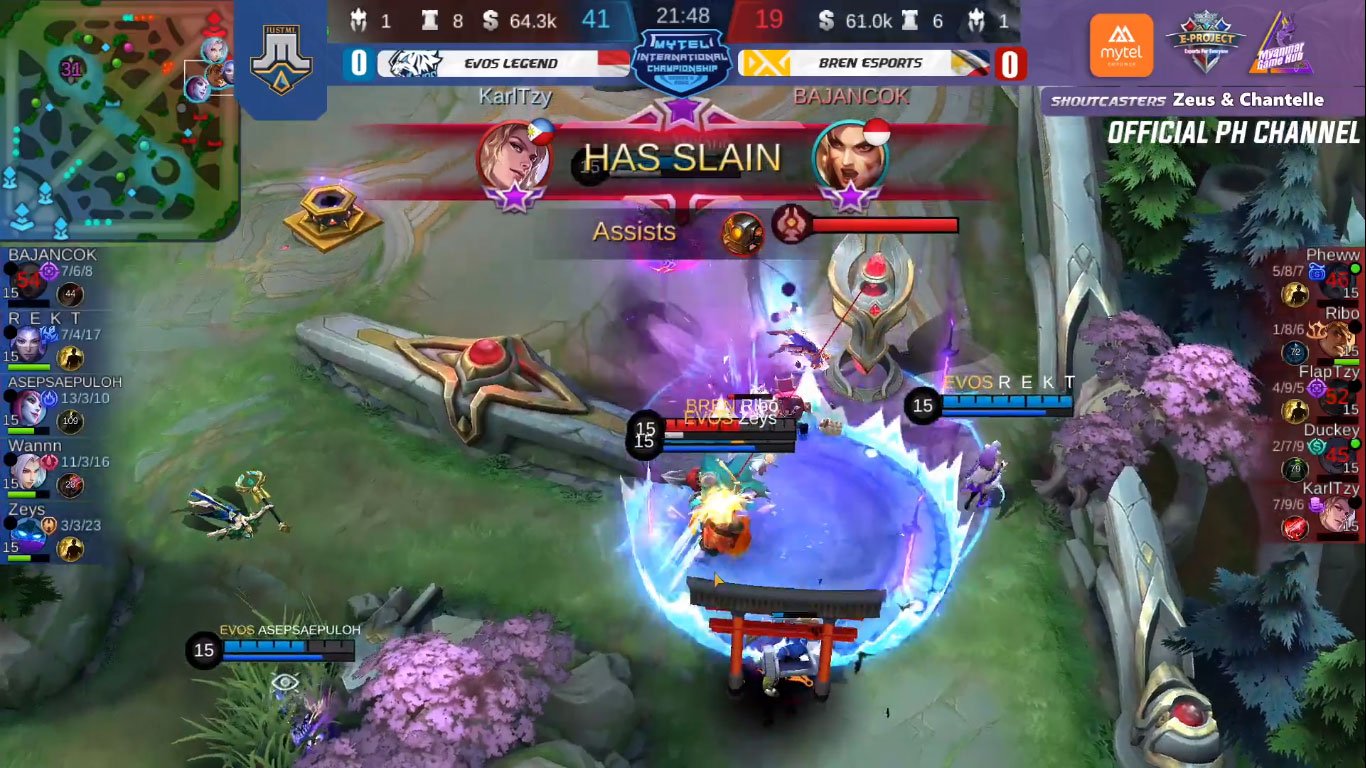 BREN Esports had a rough debut in the Mytel International Championship, receiving a 0-2 beating at the hands of M1 World Champion EVOS Legends, Wednesday evening.

After a lackadaisical start in Game One, the MPL-PH Season Five third placer was able to climb back through crucial plays from Pheww (Pharsa) and FlapTzy (Jawhead) and had a chance to take the game from the Indonesians’ hands.

However, EVOS was able take down Lusty (Popol and Kupa), Pheww, then FlapTzy, respectively. On the other hand, KarlTzy (Lancelot) killed BAJANCOK (Masha) to try and tip the scales to BREN’s side.

But Wannn (Ling) killing off KarTzy and Ribo (Gatotkaca) to cap off the blood bath definitely sealed Game One for EVOS.

BREN could not stage a comeback in Game Two, falling once more against EVOS in a lopsided manner.

Zeys (Atlas) and REKT (Luo Yi) formed a formidable supporting cast, providing a whopping total of 44 assists combined to go along with 10 kills.

KarlTzy had an off night for BREN Esports, with seven kills and six assists to go along with 10 deaths.