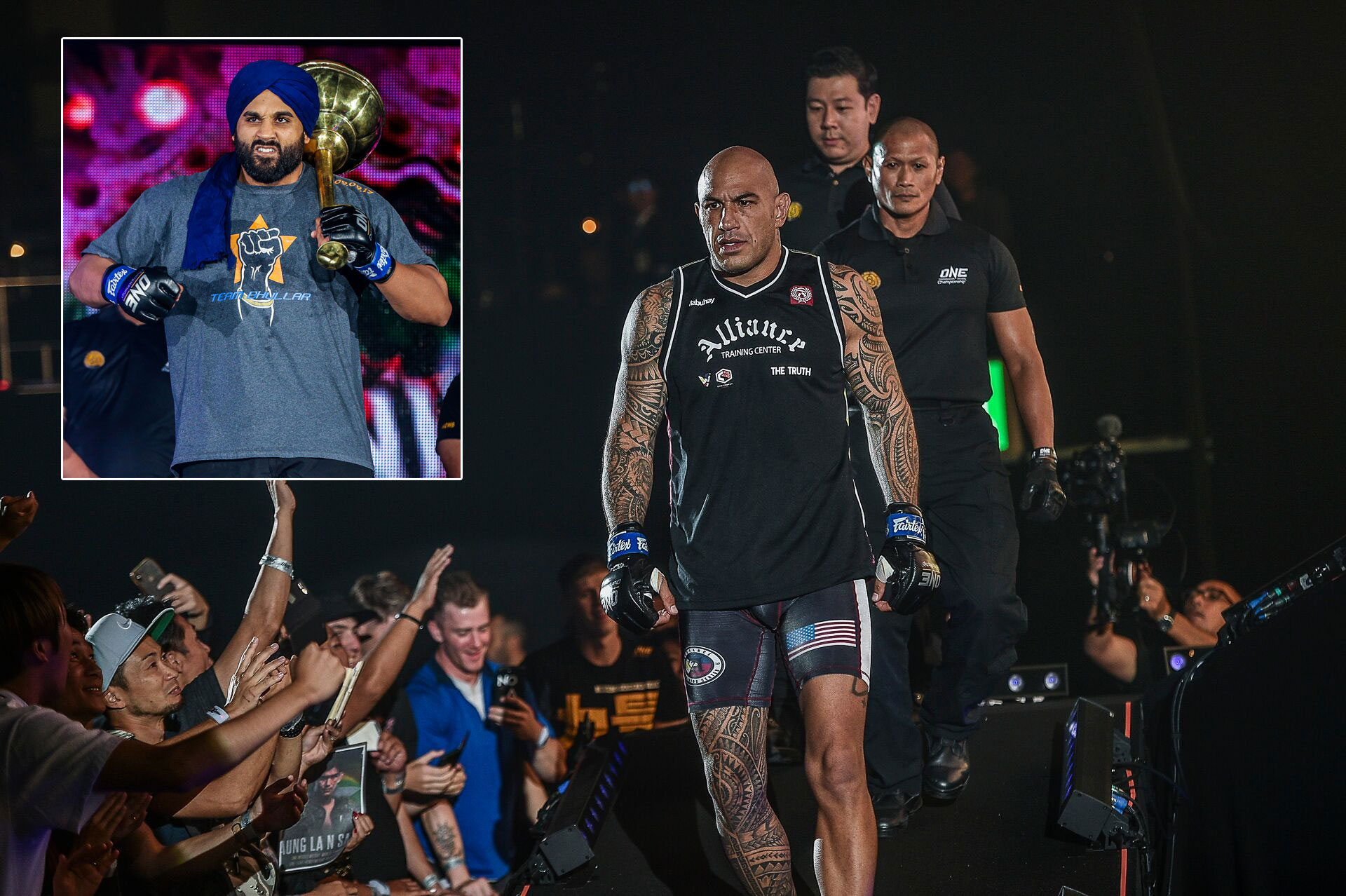 Reigning ONE Heavyweight World Champion Brandon “The Truth” Vera may be just days removed from his epic battle with two-division World Champion Aung La “The Burmese Python” N Sang at ONE: Century Part II, but a new challenger already waits for him on the horizon.

Now, the 33-year-old has his sights on the longtime kingpin of the heavyweight division.

“You know I’m here to be a World Champion number one and that’s my goal. I need what Brandon Vera has,” Bhullar said.

The American Kickboxing Academy standout hopes to inspire a nation ­­­– looking to do to India what Vera has been doing for the Philippines over the years.

“What he did in the Philippines and for the Filipino people, I need to do that for India and for the Indian people,” he said.

“And you know what? He has a chance to live up to his dream to be a two-weight World Champion. I want to live my dream and be a World Champion myself.”

Many expected Bhullar to come in against Cerilli looking for takedowns, but he proved he is far more than a feared wrestler.

Displaying the great head-movement and dirty boxing his camp is known for, the Indian heavyweight connected with a series of beautiful combinations while making the Italian power-hitter miss at the same time.

“You know it’s about getting hit or hitting the other person. We did that a lot. Unanimous decision from all the judges and I’m very happy,” Bhullar said while tipping his hat to his opponent.

“He’s very tough. Strong. Able to defend some of the takedowns. Took some greats shots from my hand tonight. He kept coming, he wanted to win. But thankfully I have great training partners and I have a big heart.”

With his debut behind him, “Singh” is now marching toward a potential showdown with Vera as he looks to turn his dreams into reality.

“Obviously as a fighter I’m here to be a World Champion. That’s my dream. [Vera] is living his dream tonight, I deserve to live my dream too,” Bhullar said. “I’ll still be in the gym and I’ll stay healthy. That’s my job.”

ONE Championship returns in less than two weeks with ONE: DAWN OF VALOR on October 25 at the Istora Senayan in Jakarta, Indonesia.

Watch the show for free by downloading the ONE Super App.

In this article:Arjan Bhullar, Brandon Vera, ONE: Century