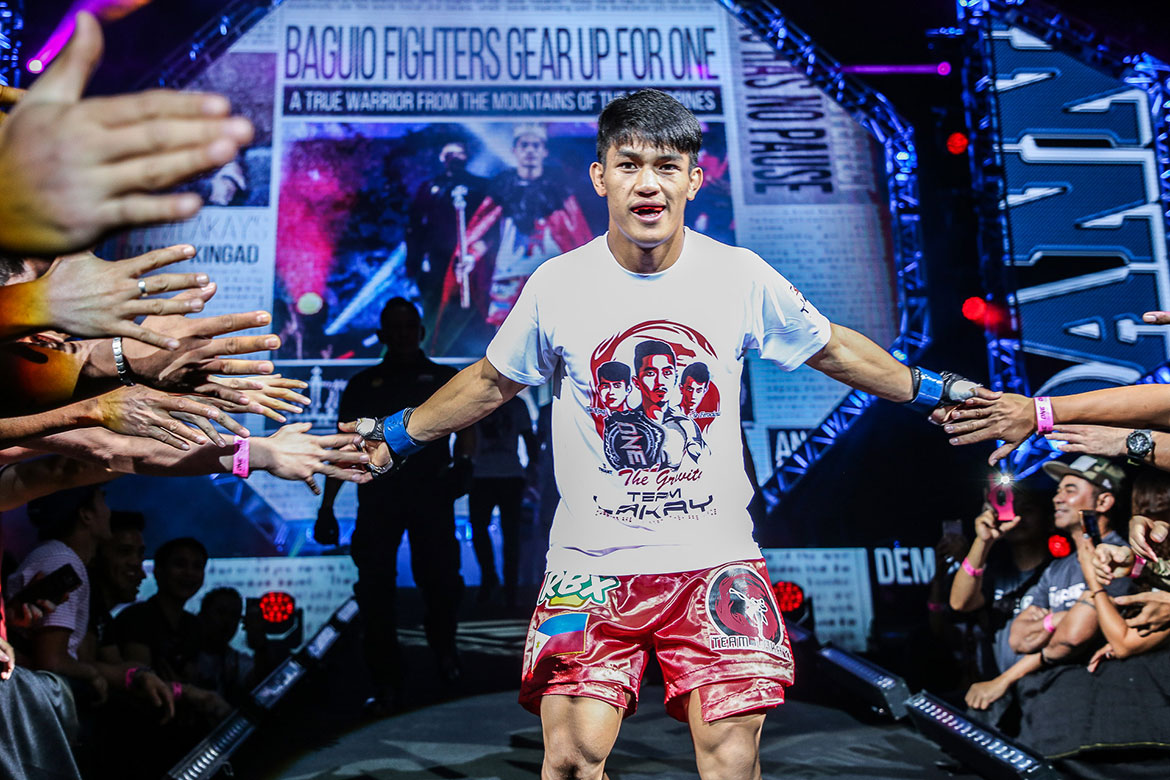 Kingad will take on Demetrious “Mighty Mouse” Johnson in the ONE Flyweight World Grand Prix Championship Final set at ONE: Century on October 13 at the Ryogoku Kokugikan in Tokyo, Japan. The Team Lakay standout is coming in as the underdog.

Folayang cannot help but notice the similarities between this match and his emphatic victory over Shinya “Tobikan Judan” Aoki at ONE: Defending Honor back in 2016, when Folayang won his first World Title.

Like Kingad, not many believed that Folayang could pull off a shocker. And so the soft-spoken 34-year-old believes his younger teammate can pull off the same feat.

“I think that’s going to be the biggest story of 2019. He’ll shock the world,” Folayang confidently stated.

“I’m very confident in Danny. I’ve seen him improve [by] leaps and bounds from the last time that he lost against Adriano [Moraes].”

Folayang’s confidence comes from his opinion that the 23-year-old is mature beyond his years.

“You can really see the maturity in him – you see how he imposes his strength on his opponents. And I believe he’s mature enough to compete against the best in the world.”

Asked what he can share with Kingad, “Landslide” said there is not much left to say.

After all, Kingad has already made his mark in the division, and has even experienced battling for the World Title at such a young age.

READ  Arellano moves to the Finals behind Jalalon's near triple-double

”Danny has been in big fights before – he fought for the title already, though he failed. Still, it’s a huge experience for him, something that he’ll be bringing into the match against Demetrious Johnson,” Folayang added.

“He’s already seen DJ fight twice. He was there in Japan and of course in Manila, so I think he’s familiar with DJ. I think that’s a big difference on how he’ll face with DJ.”

For Folayang, it all boils down to readiness, from training to match day itself.

“I just remind him to be ready for everything, to be ready for that big fight. He needs to be accurate with the game plan and focus on where his opponent is strong. That’s what I always tell him.”

The action happens at the famous Ryogoku Kokugikan on 13 October in Tokyo, Japan.

In the meantime, catch ONE Championship’s next event, ONE: Immortal Triumph, on ABS-CBN S+A at 9:30pm PHT. To watch the prelims, go to ONE’s Facebook and Twitter pages at 6:30pm PHT.

Playing for ‘historic’ San Miguel hard to pass up on, says Lester Prosper