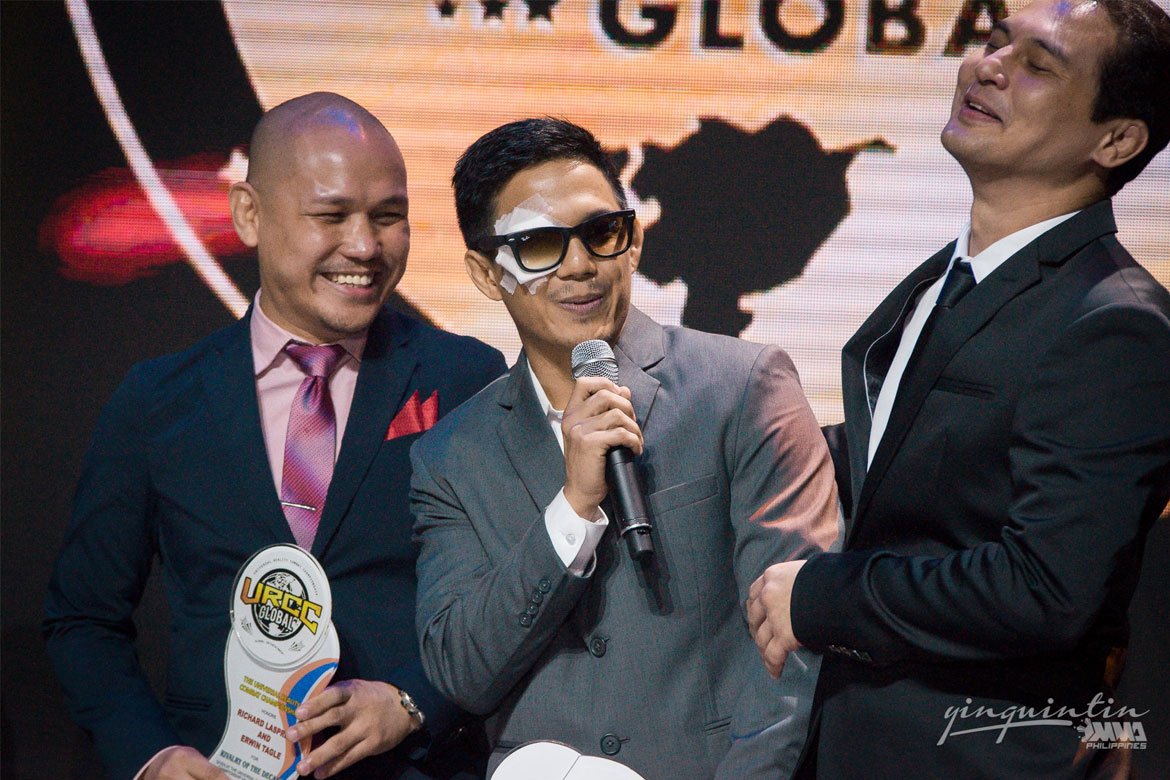 The rivalry of DEFTAC and Submission Sports had a massive influence in shaping the Philippine mixed martial arts scene.

For die-hards, that was the Universal Reality Combat Championship’s (URCC) version of the famed Ateneo-La Salle rivalry in the UAAP. And it was a rivalry that ran deep. But how did it all start, one wonders?

Well, for starters, it goes way back.

According to URCC founder Alvin Aguilar, he and Myles Villacampa — a student of his who then became a good friend — founded Submission Sports.

“We were both good friends,” Aguilar recalled in the Tiebreaker Vodcasts’ The Hit List presented by SMART on Sunday.

Everything was sailing smoothly for the two until, according to Aguilar, their interests differed.

“We had beautiful fights together, and then what happened was he decided to have some illusions of grandeur,” said Aguilar.

“He wanted to go against fraternities. He wanted to form a gang. And, you know, he wants to start all kinds of weird shit.

“So, when he did that, we separated,” he added.

“I said, ‘Let’s do it this way, I’ll just take care of the south, and you do your own thing in the north.’ So that was fine,” he said.

But everything wasn’t really that fine, after all. Animosity arose, and Aguilar and the other group soon became bitter enemies.

It turned out so bad that a life was taken. Back in 2003, Aguilar fell victim to a drive-by shooting in a bar in Makati.

According to reports, an Emiliano Familar died while being treated at the Makati Medical Center due to multiple bullet wounds. Aguilar, who was just 29 when that happened, was also shot. He survived, though one bullet remains lodged near his spine up to this day.

And allegedly, the suspect behind the incident was Villacampa, who was charged by Makati police with murder and frustrated murder, reports said.

“It was terrible,” Aguilar recalled. “People would have their houses shot down; their houses would get burned.

“I got shot three times with an M16 — until now I still have a bullet in my back, by the way.”

The rift getting out of hand, though, became one reason why Aguilar put up the URCC, so that they could settle their differences in the ring than in the streets instead.

“They know why we were at war that time, and we make sure that we did it in the ring or in the cage, because that’s the reason why I put the URCC up. Doon tayo,” he said.

“At least if we fight in the ring or in the cage, we’re aspiring to be something. We get paid for it, and there’s a lot of business that happens after.

“You get your own sponsors, you get people to go to your gym, so it’s a win-win for everyone,” Aguilar furthered.

That war became one of the URCC’s crowd-drawers. And in 2006, one of the most important points of their rivalry happened.

Erwin Tagle of Submission Sports and DEFTAC’s Richard Lasprilla, then considered the top dogs of the promotion, fought each other. Not once, but twice.

They first squared off in the URCC 8: Undisputed in May, before facing each other once more seven months later in URCC 9: Unstoppable.

Never was there a winner on both occasions, as both matches ended in stalemates. But for pundits, those are among the best fights ever in local MMA history.

Twelve years later, the country’s pioneering MMA promotion would acknowledge Tagle and Lasprilla as it enshrined the former champs in its Hall of Fame.

URCC also honored the legendary fighters with the Fight of the Decade and the Rivalry of the Decade citations in the same ceremonies.

The URCC has grown since, as well as the entire sport of MMA in the country. And that DEFTAC-Submission Sports rivalry has contributed plenty.

‘But you know they’re all my friends now. We go out, we hang out. There’s no problem,” said Aguilar, considered the father of Philippine MMA.

“But it was a big rivalry. Basically, if I saw them or they saw us, we’d try to kill each other.”

‘Lethal Coffee’ to be served by Paul Lee in PBA bubble