Will the super showdown between Manny Pacquiao and Conor McGregor finally happen in 2021?

If it does, it’s a sure-fire hit according to numerous martial arts experts.

For Philippine Taekwondo Association secretary-general Monsour Del Rosario, fireworks is expected once the two step on the ring.

“Senator always delivers an exciting fight every time he steps in the ring. McGregor is a UFC champion and also a good striker so I think it will be an exciting fight,” said Del Rosario, an 8th Dan black belt.

“I would love to see how McGregor will compare his experience with unbeaten Floyd Mayweather Jr. to Pacquiao. I would like to hear from him who’s the powerful puncher? Who’s the heavy-hitter and who’s the toughest opponent? So I think this will be an exciting bout.”

Wrestling Association of the Philippines president Alvin Aguilar, having the world’s only eight division boxing champion and Ultimate Fighting Championship’s two-division world champion in one ring will be a blockbuster hit.

The math definitely says so.

Pacquiao’s bout with Floyd Mayweather which was dubbed as the Fight of the Century last May 2, 2015 garnered 4.4 million PPV buys — the richest bout in history.

“It is, as everyone will still watch it and why is it any different when Mayweather did it? Senator Manny has been proven to be one of the most selfless and generous people in the world,” said Aguilar, also the owner of Universal Reality Combat Championship and is the country’s first-ever Brazilian Jiu-jitsu black belt.

“The more money he makes — in an honest matter by the way which is a rarity nowadays, the better for a lot of people who he sincerely helps. He is always blessed because he has a good heart and works harder than everyone else.”

Pacquiao though is the current World Boxing Association Welterweight Champion.

But for Team Lakay head coach Mark Sangiao, a Pacquiao-McGregor bout is what the sport needs right now.

“It is a good strategy for Pacquiao because everybody is craving to watch him fight again,” said Sangiao, also a wushu practitioner.

“On McGregor, he really knows how to sell his fight too. It’s going to be a blockbuster fight for sure.” 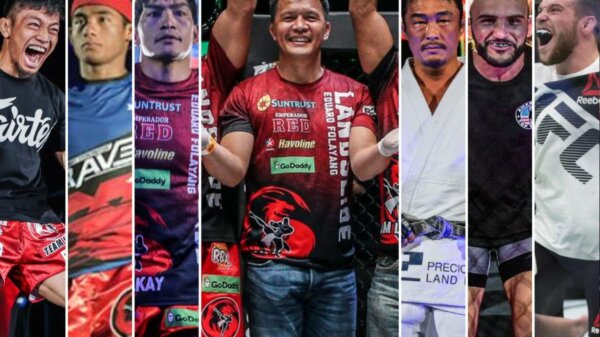