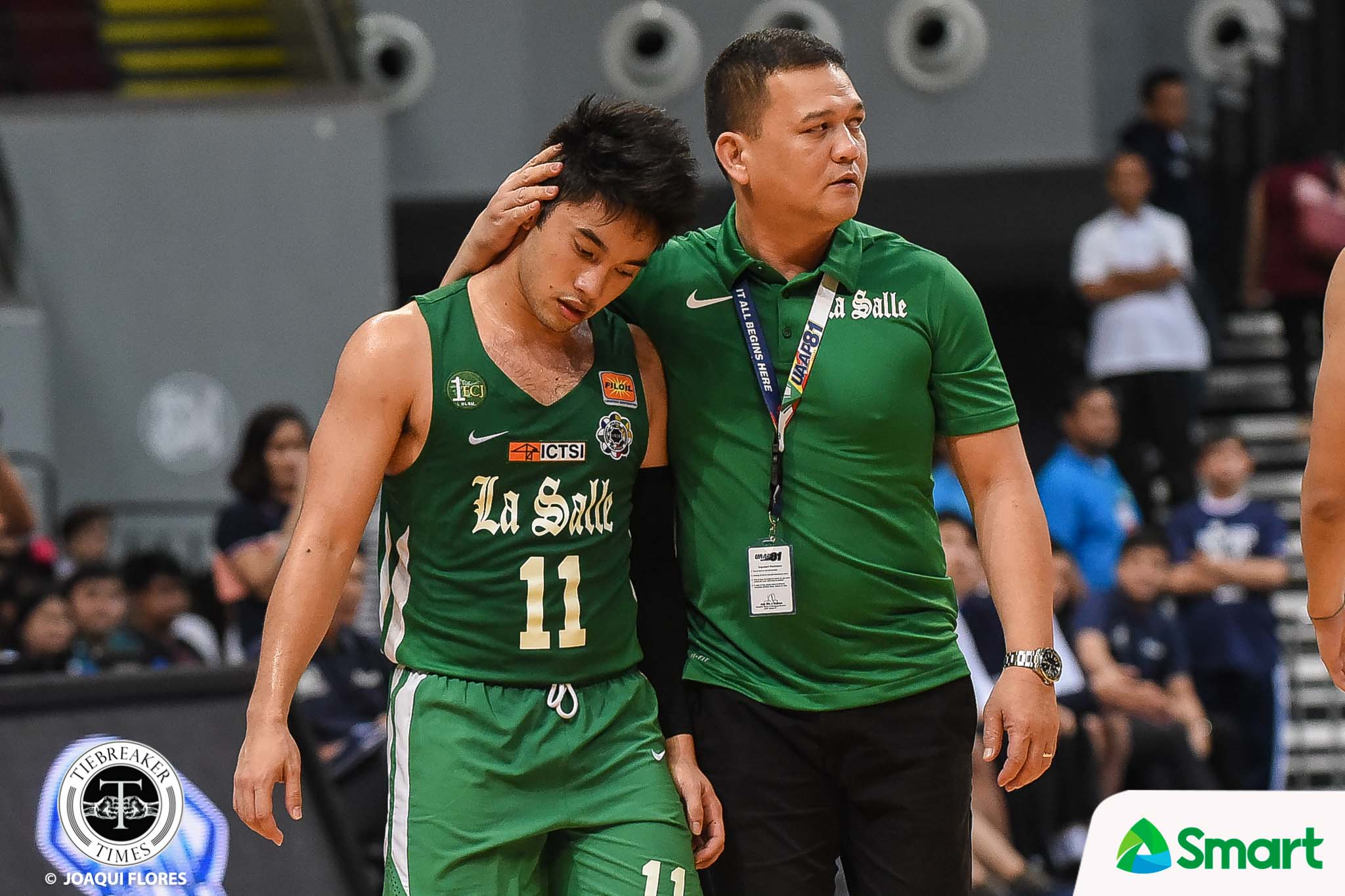 With the De La Salle University Green Archers dealing with various injuries, there was one player who had to double his production and take responsibility as one of the team’s leaders – third-year guard Aljun Melecio.

After almost falling to exhaustion when they faced the Ateneo Blue Eagles last week, Melecio made sure that his efforts would not go to waste this time around against the Adamson University Soaring Falcons.

“Gusto rin namin mag-bounce back from our loss to Ateneo,” the 5-foot-8 combo guard shared.

Figuring in a tight game against the once-league leaders, Melecio did not allow his team to go down without a fight, knocking down the game-tying floater with 13.6 seconds left to send the game into overtime.

Then in extra time, Melecio followed it up with four more points to help extend La Salle’s domination over Adamson to seven games, 79-78.

But even if he has been averaging 16.67 points per game this season, Melecio, who had 22 points in this outing, shared he is not ready to take the mantle as La Salle’s go-to guy.

And he vows to continue working as he tries to earn that distinction.