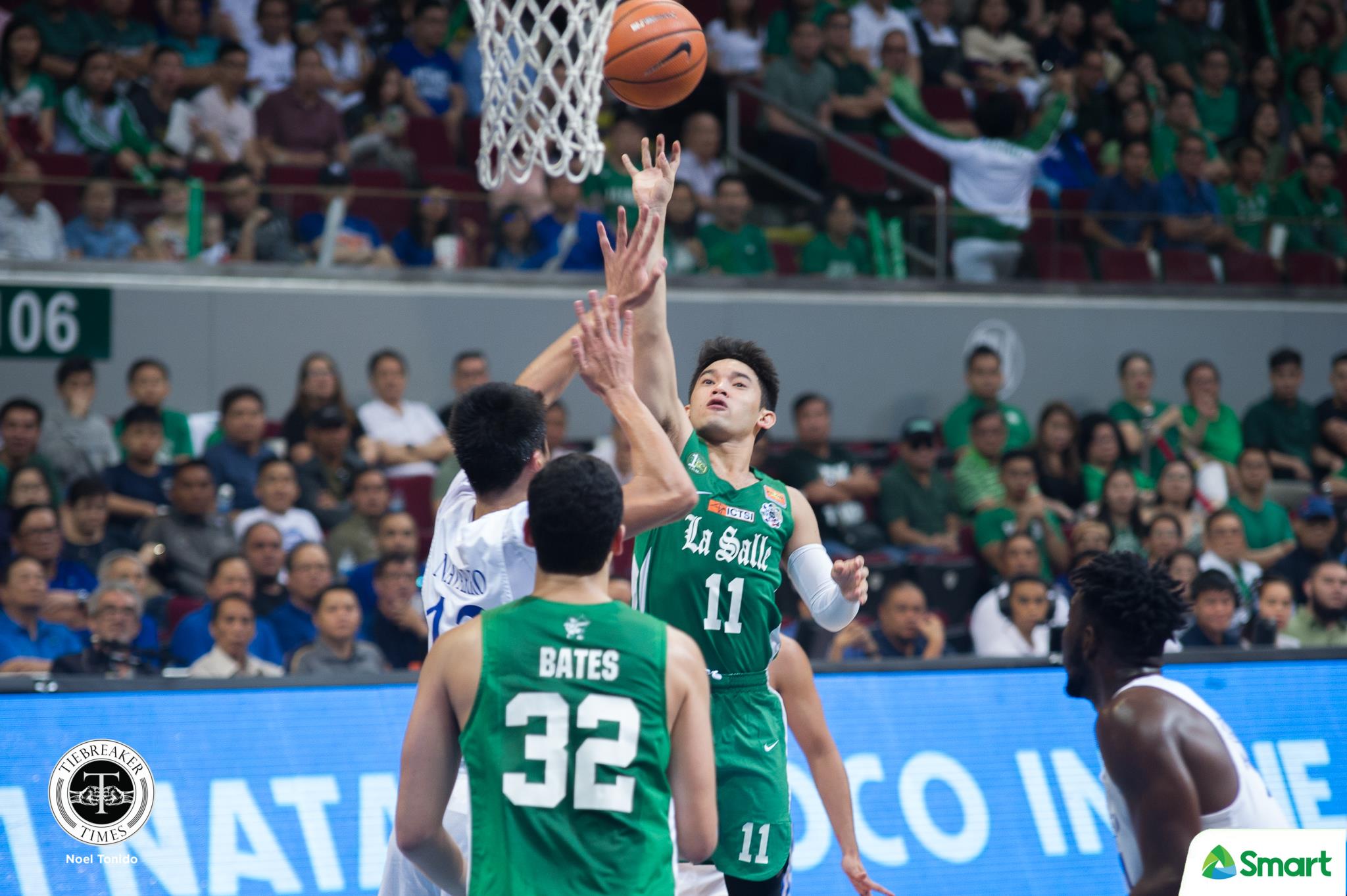 Aljun Melecio visibly showed how exhausting it was to try to rally back against the Ateneo de Manila University Blue Eagles.

Melecio, a 5-foot-8 guard, went hard to the basket, trying to draw a foul. Although he managed it, he crashed through the barricade. But he did not try to break the fall, falling due to exhaustion on the sidelines.

Though Melecio scored eight of his game-high 21 points in the final frame, it proved to be too little, too late, as the Green Archers could not overcome the Blue Eagles, 55-71.

Even with this game plan, La Salle ended up with their season-lows in scoring (55), field goal percentage (29 percent), points in the paint (28), perimeter points (11), assists (3), blocks (3), and points off turnovers (2). All this while tallying a season-high 28 turnovers.

But even with this, the native of Bukidnon said that it will not deter him from going all-out in every game.