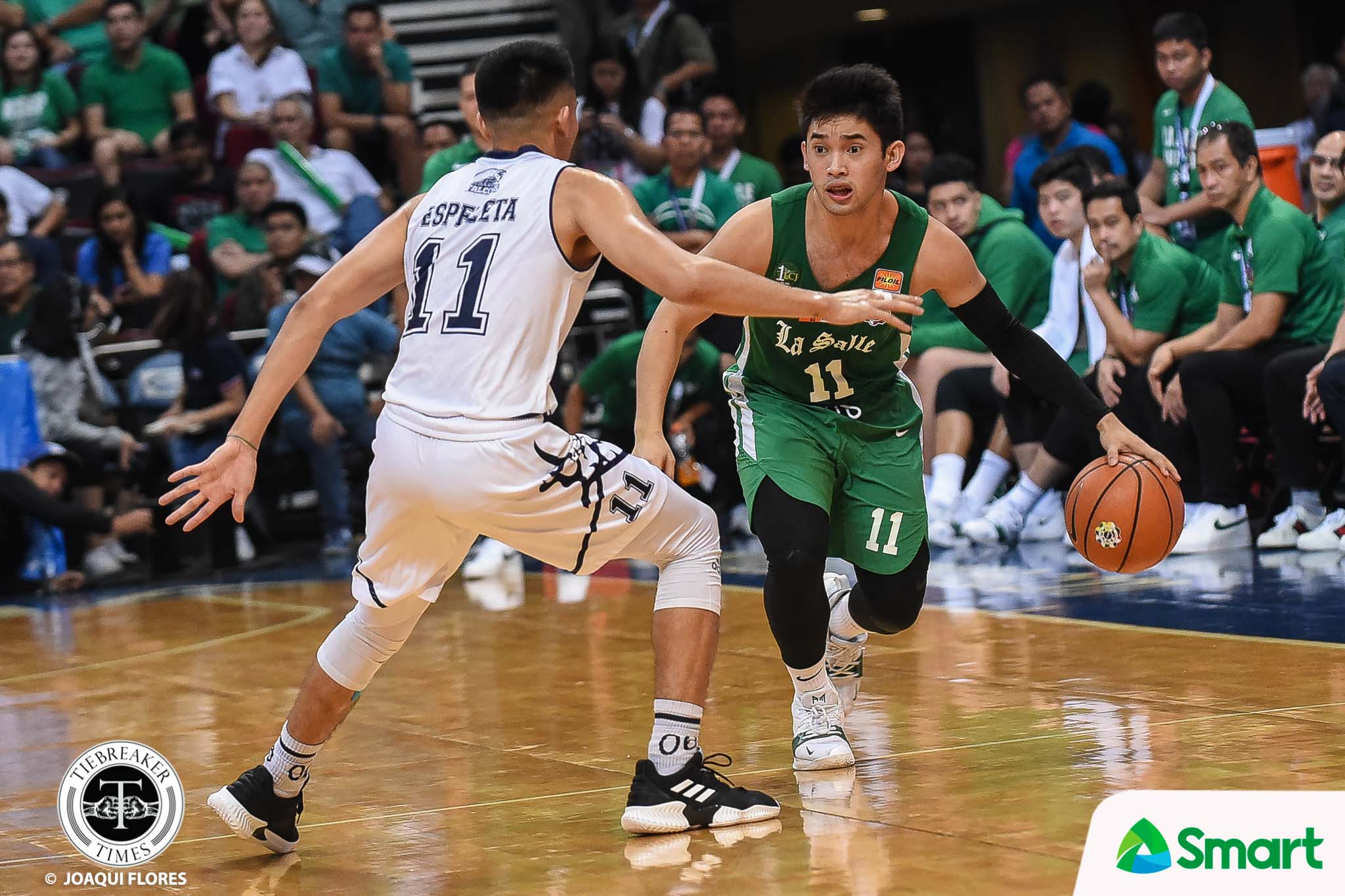 Even with a new coach, the De La Salle University Green Archers continue to be the bane of the Adamson University Soaring Falcons.

“We made sure na yung learnings namin sa game na yun, ma-correct na namin. This is the end of the round na, kailangan na namin lumaban na,” he added.

This is the Green Archers’ seventh straight win over the Soaring Falcons, as Franz Pumaren has yet to win over his former team since coming back to the collegiate scene in 2017.

Aljun Melecio willed the Green Archers back in the game, sending the game into extra time with a floater with 13.6 ticks left in regulation. The third-year guard finished with 22 points, four rebounds, and two steals.

In overtime, the Green Archers were able to get production from Justine Baltazar and Santi Santillan in a 9-0 run and gain a 73-64 lead. On the other end, the Soaring Falcons missed their first seven attempts.

Baltazar and Santillan, who combined for just 11 points against Ateneo, had 16 points each while grabbing a total of 19 boards.

But once Adamson saw the ball flow through the rim, they heated up. The Soaring Falcons went on to trim La Salle’s lead down to just two with 18.1 seconds left after a triple by Sean Manganti.

Luck would side with La Salle to end the game as Kib Montalbo, who was shooting just 2-for-7 from the stripe, knocked down two freebies to extend their lead to four. A triple by Jerrick Ahanmisi cut the lead to just one. However, with 0.3 seconds left, there was no time for the Soaring Falcons to complete a comeback.

Besides continuing their streak over Adamson, La Salle ended their first round campaign at solo fourth with a 4-3 record – a full game ahead of the UST Growling Tigers and the UP Fighting Maroons. The Green Archers also handed the Soaring Falcons their second straight loss to drop them to a 5-2 slate, down to a tie with the Ateneo Blue Eagles and the FEU Tamaraws.

Ahanmisi and Manganti had amazing games for Adamson, finishing with 27 and 23 games respectively.

However, La Salle was just too overwhelming, shooting 45 percent from the field while attempting 41 free throws – 26 attempts more than Adamson.

La Salle look to continue their winning ways when they face the University of the East Red Warriors on Wednesday, October 17. Adamson, on the hand, hope to end their skid when they take on the National University Bulldogs on the same day.