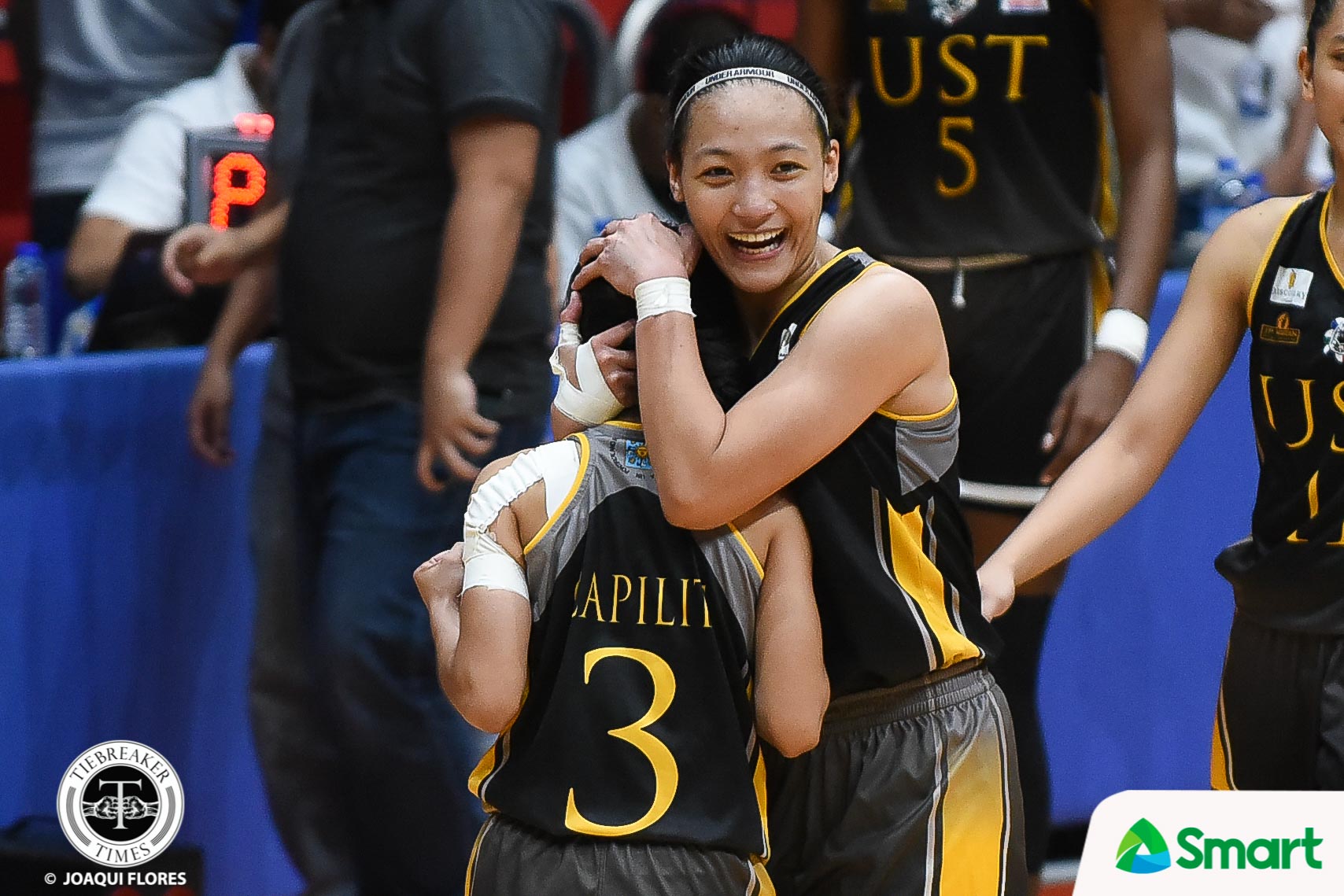 With their backs against the wall, Sai Larosa and the University of Santo Tomas Growling Tigresses played like there was no tomorrow, escaping the De La Salle University Lady Archers, 68-65, Friday afternoon at the Filoil Flying V Centre in San Juan City.

It was an all-important victory for the Growling Tigresses, who had been handed a heartbreaker by the UE Lady Warriors last Tuesday. UST and La Salle are tied in fourth place with identical 8-6 slates. Both teams will figure in a win-or-go-home game on Wednesday, November 21.

“That’s what I told the girls, ‘We have to win this one to live another day.’ So, we forced a rubber match against La Salle,” said third-year Growling Tigresses head coach Haydee Ong. “We need to review our mistakes and what we need to adjust because La Salle will get back at us.”

And it was Sai Larosa who willed the Growling Tigresses all game long.

Limited to just eight points against UE, Larosa was unstoppable in the game. She finished with 25 points on 9-of-12 shooting, along with five assists, four rebounds, two steals, and a block.

“Last game, Sai was hospitalized pa overnight sa Commonwealth. Na-dehydrate siya at two days hindi nag-practice,” disclosed Ong, as she brought Larosa and Grace Irebu from off the bench. “I started with [Lon] Rivera and she gave quality minutes for me. It’s a good sign na kung meron pa ulit another day for us.”

The Growling Tigresses still figured in early foul trouble. The Lady Archers would take advantage of this, attempting 19 free throws in the final frame that helped chop the lead down to just a solitary point with 1:20 left.

Ruby Portillo knocked down two freebies to give UST a three-point cushion, 68-65, with 1:15 left. With 10 seconds left, Camille Claro attempted a triple but was swatted away by Larosa to seal the win.

“I told the seniors na you don’t want this to be your last game. So, nag-step up naman sila [Clarice] Aujero, [Loraine] Capilit, at si Sai,” beamed Ong.

Capilit and Aujero had seven and four points, respectively. Irebu had 13 points and 12 rebounds while Tantoy Ferrer gobbled down 11 rebounds.