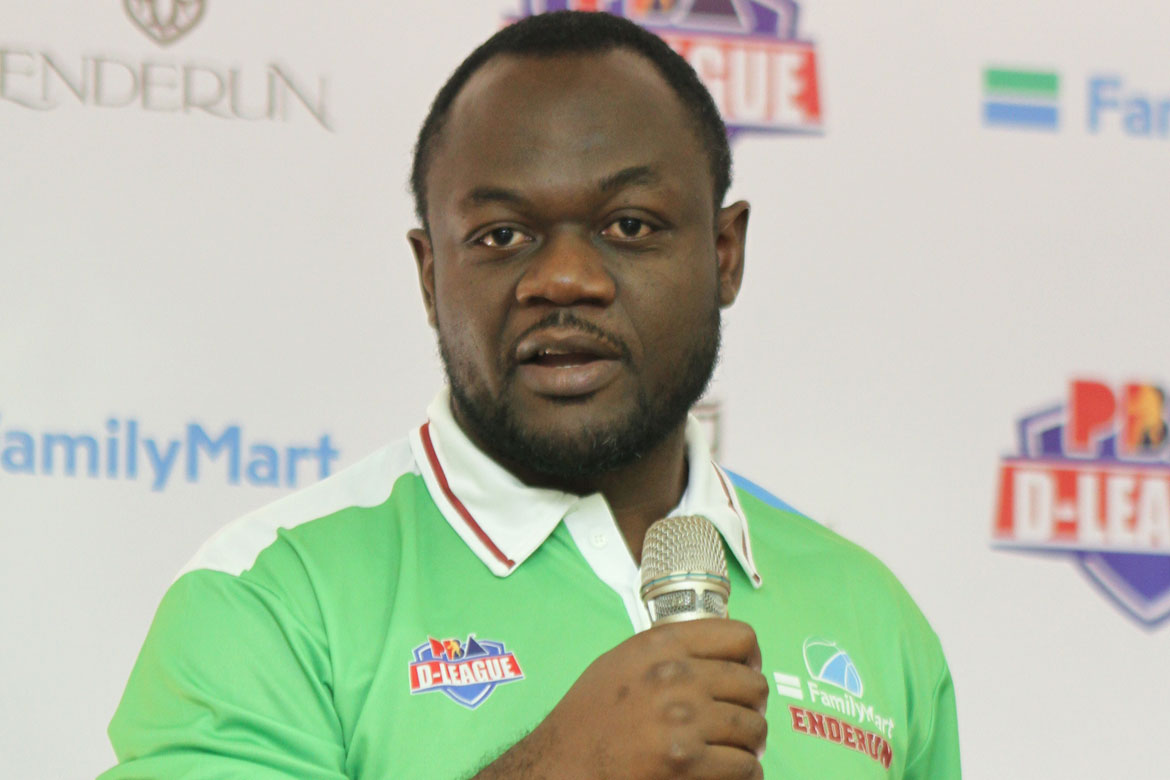 When his college stint with the Far Eastern University Tamaraws concluded back in 2011, Cameroonian forward Pipo Noundou had his sights set on playing professional ball, like his contemporaries in the famed program.

But his career didn’t pan out the way he wanted it to be.

Noundou basically missed UAAP Season 74 due to an Achilles injury, which he incurred during the pre-season. He only saw action in the last few minutes of the Finals’ Game 2, but everything was all but decided then in favor of the Ateneo Blue Eagles, who eventually won their fourth straight title.

Noundou still tried his luck at some parts of Asia, but, unfortunately, to no avail. And due to the costly expenses of repairing his Achilles, he struggled financially, and that eventually forced him to stop rehabilitating.

There were even times that Noundou played in “ligang labas” just to make ends meet. But as much as he loves the game of basketball, he did not settle with such way of living, as he wanted a stable job that could really help him.

“I wanted something stable.”

But it’s not those instances that made him realize that playing isn’t for him. “I realized it when everybody left,” he said. “My agent, when I struggled with my Achilles … They all disappeared. And no teams were talking long-term contracts.”

In 2012, an opportunity knocked on his door.

But it wasn’t to play somewhere. It was the Enderun Colleges, a school located in McKinley Hill in Taguig City whose basketball program back then was still on the process of becoming a solid one.

Enderun offered him to be part of then-head coach Topex Robinson’s coaching staff. But Noundou did not decide in an instant, that he needed to take some time to ponder on things before deciding as he still wanted to play then. 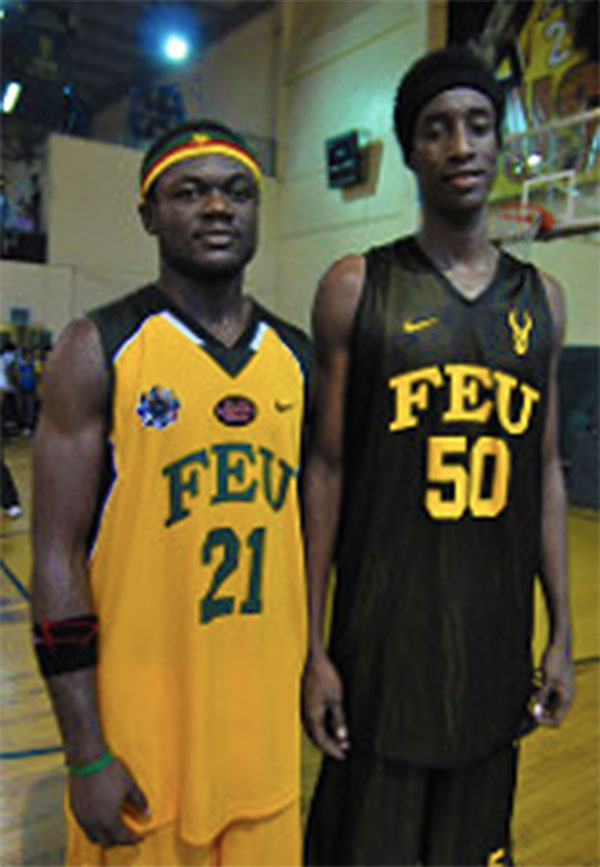 “You remember Christian Sentcheu? He’s the one who convinced me when the owner of this school asked me to take the program and take it to the next level. I told him to give me time to think about it,” Noundou recalled.

“And then I talked to Christian and he said ‘man your mind, the way you see the games, your IQ is good. You should take it. Maybe that’s your part.”

So thanks to his cousin Sentcheu — who also suited up for the Tamaraws for a couple of seasons after Noundou — Noundou decided to give coaching a try. At last, he had finally found a stable job he’s been looking to get.

“I’m not gonna lie, that time I was struggling a little bit.

“I really don’t want to leave the game of basketball just to work in corporate offices — it’s not my thing. So I took it, and slowly, I found out maybe this is my part,” he said.

Part of the challenge in coaching is having to build a respectable program. Noundou still remembers how the basketball team looked like before: “There were some rich kids, fat boys, you know, just playing for fun,” he grinned.

“It took a while to change the mentality from losing mentality to winning. I went through a lot but I never quit.”

But then, the recruitment intensified and the school gym was built, and things have slowly become better for Enderun basketball. And when Robinson moved on from Enderun in 2016, Noundou was tasked to take over the program.

“To be honest, I never thought I’m gonna be a coach,” he said.

Now, Noundou is about to enter his seventh year as a coach, and he’s totally happy with the path he has taken. And he had just accomplished one of his main goals for Enderun: bring its program to play in the PBA D-League.

READ  Stalzer honored to have represented the Philippines

The school has tied up with convenience store chain FamilyMart to form the team that will see action in the 2019 PBA D-League. The FamilyMart-Enderun — an affiliate of PBA team Phoenix Pulse Fuel Masters — was unveiled Thursday.

Noundou targeted the D-League and not the likes of prestigious leagues UAAP and the NCAA, as Enderun will find it hard to fulfill the requirements to get in one of them — the school only has a population of 1,000-plus students.

“It’s just really big for me.

“People might take it for granted but it’s something that I cannot take for granted. It’s just proof that when you write your goal down, you can achieve them. When I said that six years ago, a lot of people thought I was crazy,” he added.

Noundou has definitely found his true calling in coaching. But he won’t deny that he misses playing the game.

“Really bad,” said the two-time UAAP silver medalist with a smile. “That’s why at least coaching, you don’t miss it that bad. If you don’t coach and you don’t play and you just work in the office, you’re gonna miss the game really, right?

“So at least being there in practice, sometimes you can also shoot a little bit. You’re still with the game. So it’s just a blessing now. It’s a blessing.”

UST outlasts LPU in OT; TIP stuns UP in Got Skills