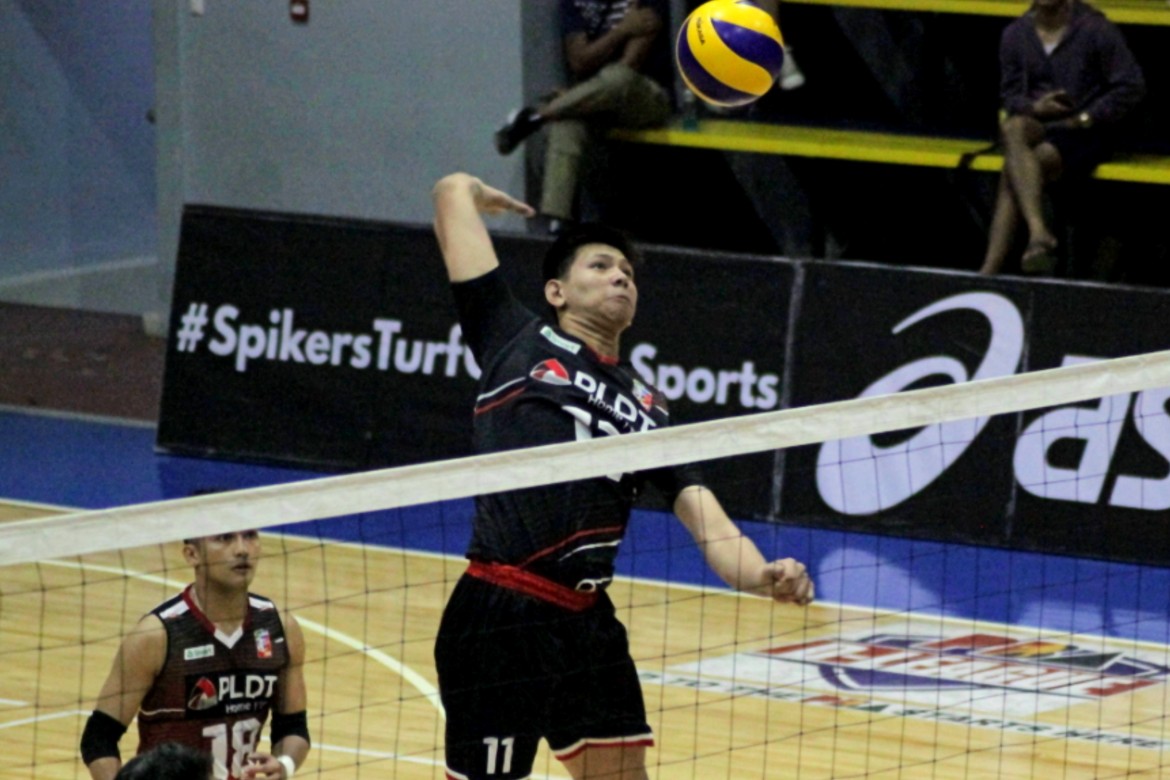 When the Far Eastern University Tamaraws decided to join the Spikers’ Turf Open Conference, it dealt a huge blow to PLDT’s line-up. They have now been forced to play without the services of Peter Quiel – a key player in head coach Odjie Mamon’s rotation.

It left Mamon scrambling for a replacement. Luckily for him, though, Josh Umandal was up to the challenge and agreed to fill in the hole left by Quiel.

With his cards limited, Mamon felt that playing Umandal in the middle along with Jayvee Sumagaysay, Mark Alfafara, Pao Pablico, John Vic De Guzman, and Kim Dayandante would put PLDT in the best position to win games.

Umandal played most of his collegiate and semi-pro career at the outside hitter position, but he was actually a middle blocker in high school when he suited up for the University of the East.

And so he needed no adjustment when he slid back to his old position.

The young Umandal does not mind what position he plays, as long as he can contribute and help the team get the much-needed victories.

When asked if he will continue playing his prized hitter in the middle, Mamon replied in jest, saying, “Secret ‘yan.”

Then, turning serious, he admitted that it is a possibility, since UST now have an arsenal full of wing spikers with the likes of Jaron Requinton, Genesis Redido, Wewe Medina, and rookies Lorenz Senoron and Wilsan Dela Cruz suiting up in the UAAP Season 82.