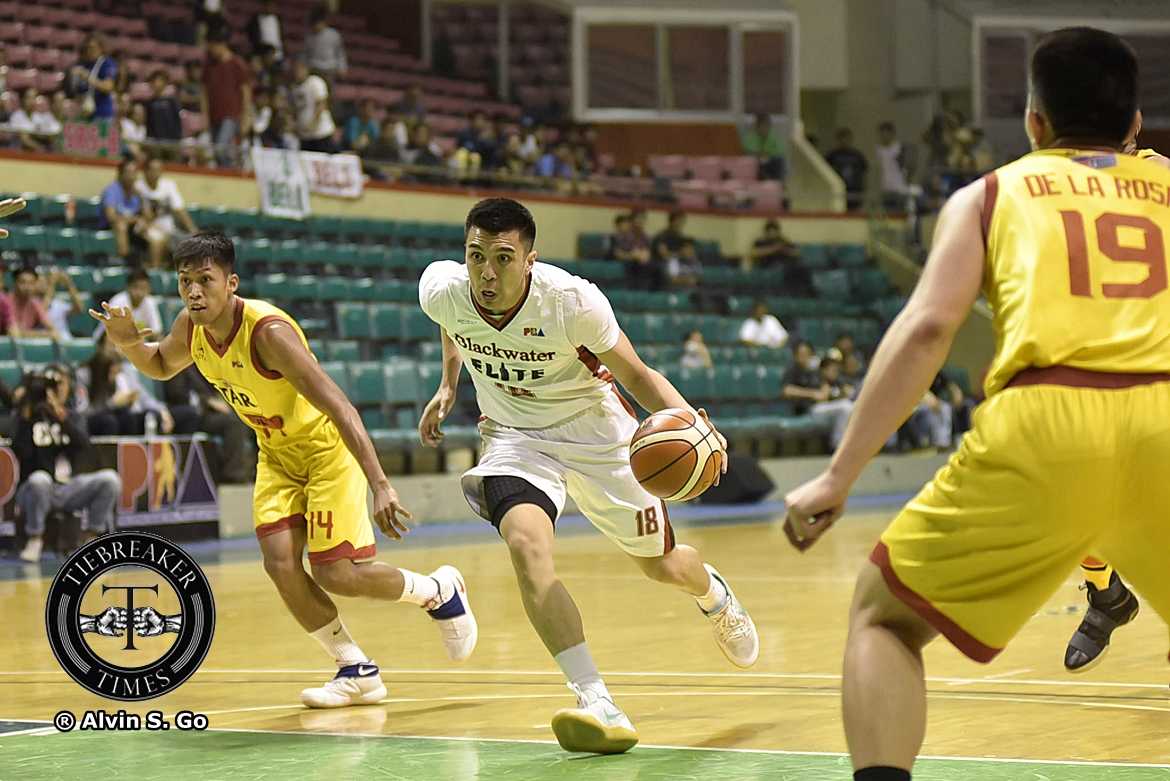 A conference that started with the highest of hopes has now become a nightmare for the Blackwater Elite.

Sophomore forward Art dela Cruz was at a loss after Blackwater’s defeat, which came through a 16-point drubbing, 111-95, courtesy of the hot-shooting Star.

The 24-year-old was one of the few bright spots for the Elite in the game, scoring 23 points on 10-of-17 from the field to go along with six rebounds. But he and his team allowed Star to shoot 50 percent from the field and knock down 16 triples.

The defeat Elite received in their final game of the eliminations round serves as a bitter pill to swallow for them. Not only did their record go down to 5-6, but it also made their playoff chances bleak.

Looking back, Blackwater had a good string of games early in the conference, even owning a 4-2 record last month that proved to be a franchise-best since entering the league in 2014.

However, losses against the likes of Mahindra, Ginebra, and now Star have pulled the Elite down, putting their seemingly good conference to yet another disappointment.

Now, the team’s only chance of securing a playoff spot is for other teams like TNT, Globalport, Rain or Shine, or Ginebra to flunk in their last few assignments as the all-Filipino conference comes to a close in just a matter of days.

And for Dela Cruz, they have no choice but to cling on luck — their only hope, to be exact.

Maliksi bounces back by focusing on defense