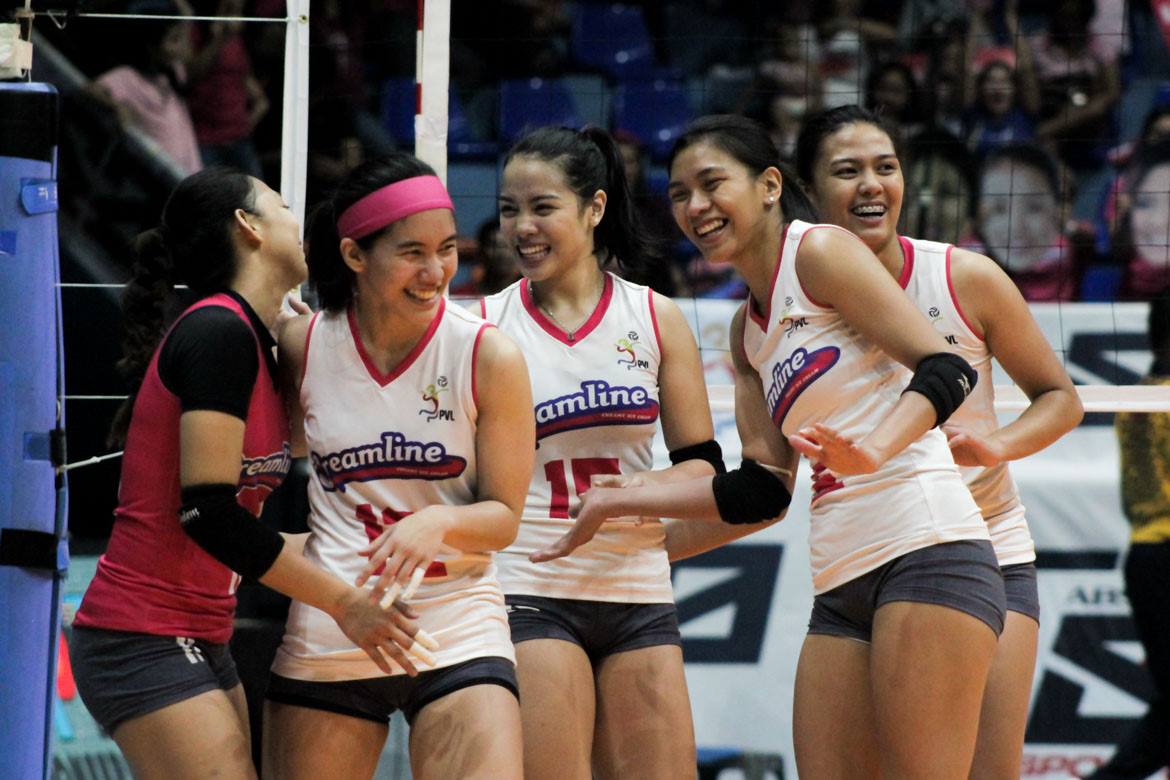 For the past several conferences of the Premier Volleyball League, Alyssa Valdez was the frontrunner of Creamline for the Most Valuable Player.

That’s not the case in the 2019 PVL Open Conference.

Injuries and tours of national duty have hampered the former Ateneo star for the Cool Smashers, leaving the door open for Jema Galanza to embrace the main hitter role and make a strong case in the MVP conversation.

And throughout the preliminaries of the season-ending tournament, Galanza was nothing short of spectacular.

“Well, Jema is a well-rounded volleyball player, not just inside the court but as a teammate also,” Valdez said.

“I think that’s very important as an MVP-level caliber player.”

Galanza has emerged as the league leader in five ranking skills at the end of the elimination round.

The 5-foot-7 outside hitter tallied 226 points, ranking fourth in overall scoring while averaging 14.13 points per game. She was also the leading scorer for Creamline — over 60 markers ahead of Michele Gumabao’s 165 total (14th), and Valdez’s 155 output (18th).

Galanza also tallied the third-best success rate in the spiking department with 36.43-percent. She is additionally a force in the service area with 0.37 ace-per-set average, which was fourth among servers.

Having made her presence felt on the offensive end, the 22-year-old has flaunted her defensive wares as well. She churned out a 47.22-percent efficiency in reception and 3.10 digs per frame in digs, placing third and seventh respectively.

“Honestly, ever since college, since Adamson days, we have seen the potential of Jema to be this powerful, this skillful, and the MVP level of her.

Besides Galanza’s averages, Valdez — a multi-time MVP herself — commended the Adamson product’s positive disposition towards her sisters-in-arms.

“Not just inside the court, but it’s really your character, your attitude towards your teammates, towards the people around you outside the court [that makes you MVP], and Jema has everything,” Valdez said.

Valdez, though, was quick to sing praises of her fellow Cool Smashers for stepping up in the absence of herself and Jia Morado. After all, Creamline completed a 16-game sweep of the double-elimination round, mostly without the services of its one-two punch.

“I think I have to mention everyone in our team, lalong lalo na the coaches, our PT’s. Very happy lang.”

There’s no denying that Creamline has become more potent with the exposure they’ve gotten over the past few weeks and with the return of Valdez and Morado in the fold. And it showed on Saturday when they overcame an opening set hiccup and wrapped up Motolite with a four-set decision in Game One of the semifinals series.

Now only a win away from a return trip to the Finals, Galanza had a warning for the rest of the title contenders.

Amid losing streak to Japanese clubs, PWNVT getting there, says Delos Santos