Right in the middle of a successful run in the Premier Volleyball League Women’s Collegiate Conference, the Adamson University Lady Falcons suffered a major blow.

Team captain Jema Galanza severely rolled her ankle in the third set of their match against the College of Saint Benilde Lady Blazers. She had to be rushed immediately to the Cardinal Santos Medical Center.

No official diagnosis has been made but according to team officials, Galanza will likely be out for the rest of the PVL Conference.

The 20-year-old Laguna-native is the team’s leading scorer and has helped carry the Lady Falcons to an unbeaten run in the elimination round.

#ReadMore  With all eyes on her, Bernadeth Pons looks to settle down after Game One loss
In this article:2017 PVL Season, 2017 PVL Women's Collegiate Conference, Adamson Women's Volleyball, Jema Galanza 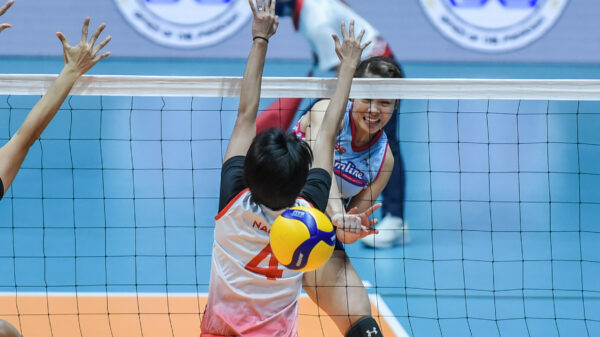 Whatever she can give the team, she will provide. That has always been Jema Galanza’s mindset ever since the start of the 2022 Premier...