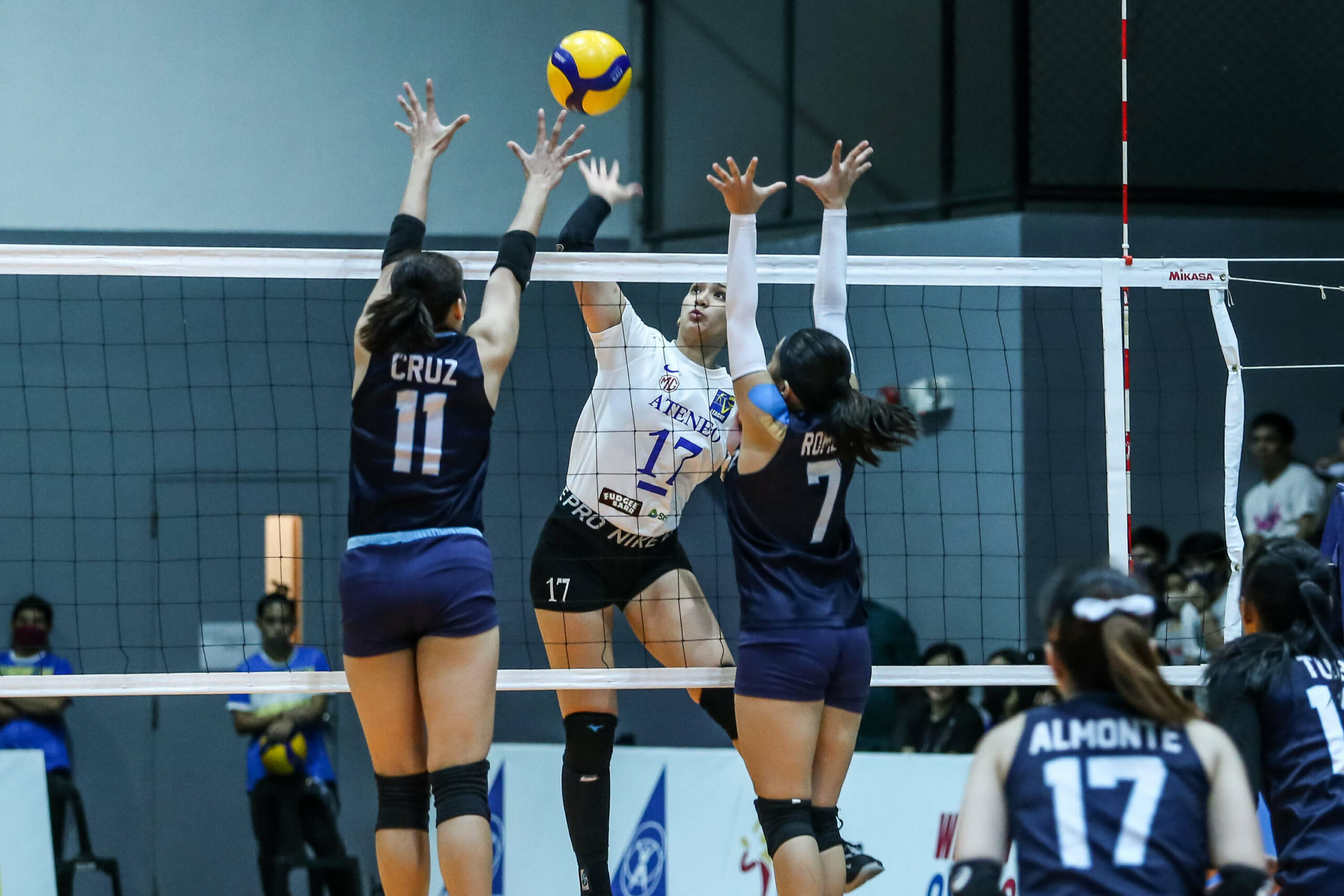 The 22-year-old Blue Eagles leader unleashed 35 points on 33 attacks, including eight in the all-important deciding set that set the tone for them, reaching match point with a wide margin, 14-9.

Nisperos’ scoring output matched the career-best she made against College of St. Benilde during the 2019 Premier Volleyball League Collegiate Conference battle for third.

But Trisha Tubu and Rizza Cruz teamed up to level the tally for the Lady Falcons at 16-all. However, AC Miner hammered a quick kill before Lyann De Guzman ended the match with a service ace, catching Adamson looking as the ball dropped in the corner.

“We’re not thinking about the championship right away, we’re thinking of the process. I know I have a new team, most of them ngayon lang nag-start. It’s all about the process,” said Ateneo coach Oliver Almadro.

The Blue Eagles also reached match point in the fourth frame, leading 24-22 after a Vanie Gandler crosscourt attack. But Kate Santiago tallied three straight points for the Lady Falcons to catch up.

Lorene Toring then capped it off with an ace to extend the game.

Gandler provided ample support to Nisperos with 20 points on 14 spikes, four aces, and two blocks to go with her 11 excellent digs. Miner added 18 points of her own.

Tubu top-scored for Adamson, which welcomed the 40 errors of Ateneo, with 17 points while Cruz chipped in 16 points including five blocks.

The Blue Eagles will go for the crown on Wednesday, 5:00 PM, while the Lady Falcons aim for an equalizer.

“‘Yun ang kailangan namin aralin. Starting well and closing out games. We should play according to the level of the tournament. Mataas ang level ng Adamson eh, so we have to equalize and higitan pa namin,” shared Almadro.