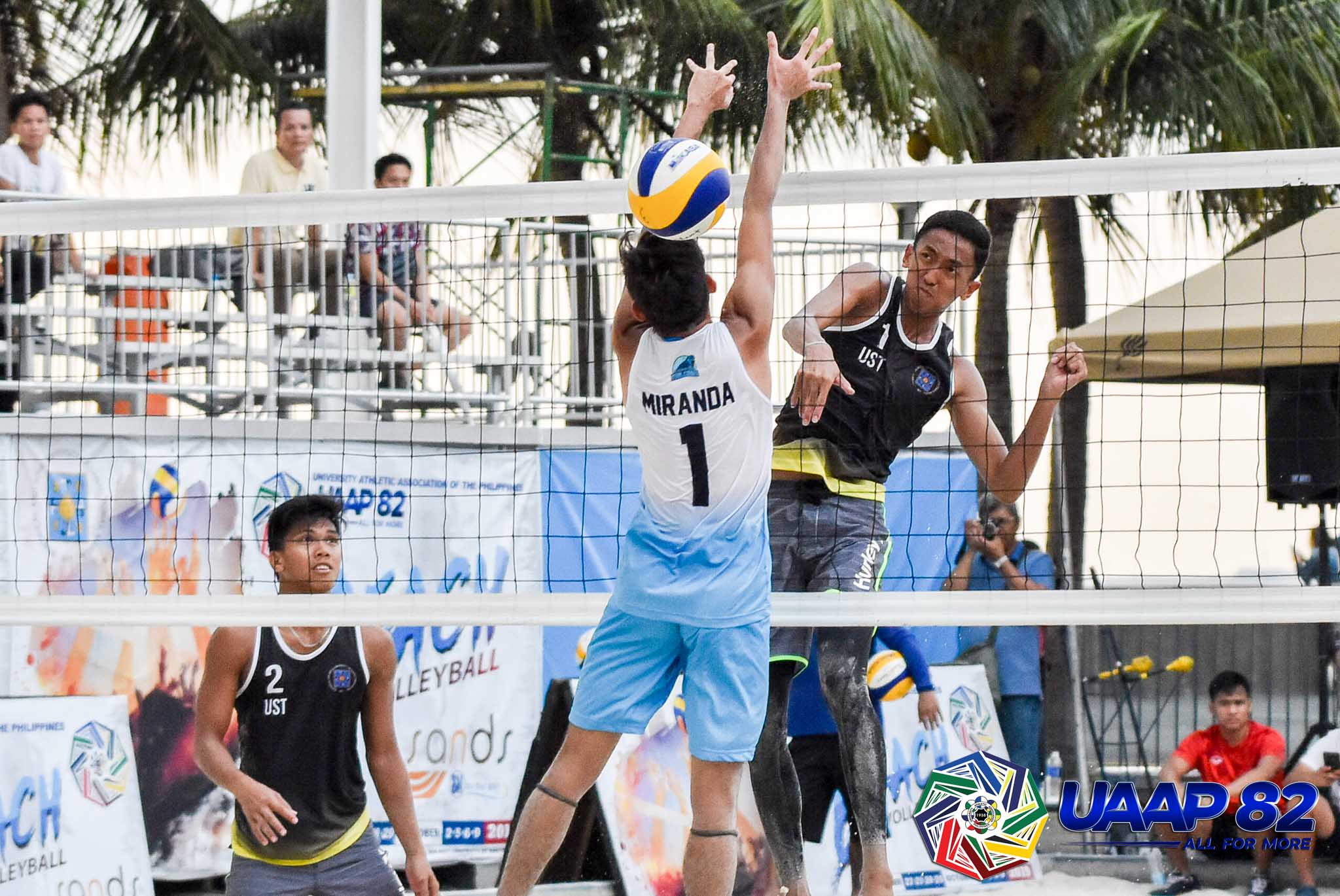 The other semifinal between Far Eastern University and National University was halted due to thunderstorms.

The Bulldogs won the first set, 21-13, but officials put the match on hold when lightning started up in the second set.

The Tiger Spikers earlier completed a seven-match sweep of eliminations with a 21-18, 22-20 conquest of the Tamaraws’ Jude Garcia and Kevin Hadlocon.

The loss dropped the Falcons to the third-place game on Saturday.

University of the Philippines’ Niccolo Consuelo and Louis Gamban bested University of the East’s Lloyd Josafat and alternate Al-jhon Abalon, 21-14, 21-16, to end their season in fifth place with a 3-4 mark.

The Red Warriors and the Blue Eagles ended up at 1-6 and 0-7, respectively.

Due to the thunderstorm that lasted for two hours, officials called off the remaining Final Four matches. Action will resume on Saturday.