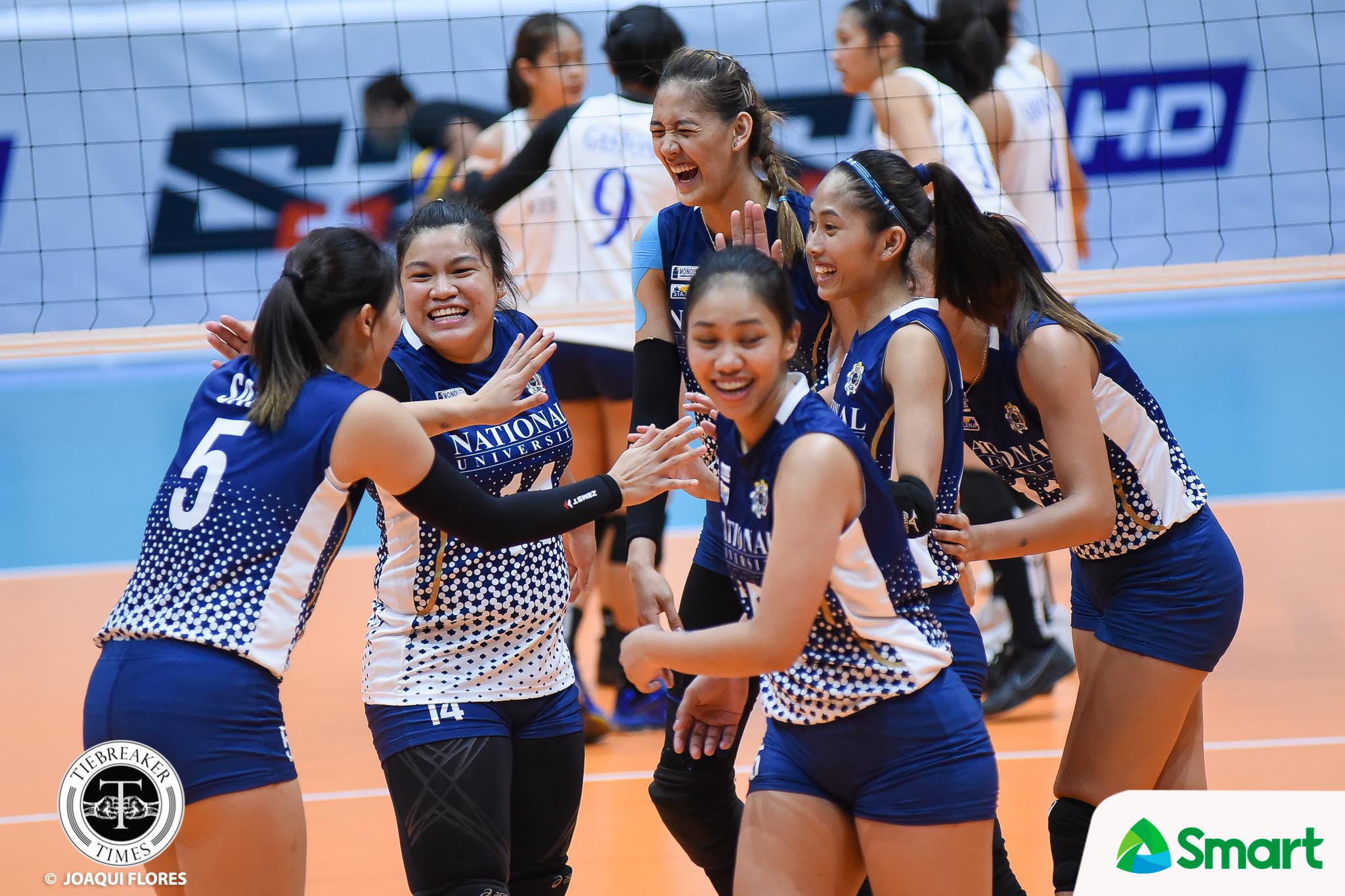 After absorbing their first loss of Season 80, the National University Lady Bulldogs maintained their spot atop the standings after overwhelming the University of the Philippines Lady Maroons, 25-23, 25-23, 25-17, at the FilOil Flying V Centre.

The Lady Bulldogs, who dropped in four sets against Far Eastern U last Wednesday, struggled early but regained theit form towards the end of the match. NU let a 24-20 lead slip in the first set before allowing the Lady Maroons to come back from a 13-9 deficit to make the second set close.

On both occasions, the Lady Bulldogs escaped a fervid UP comeback thanks the Lady Maroons’ errors. The third set, however, so no such rally from the Katipunan-based squad as NU took a 22-15 cushion and never looked back.

“After we lost, move on right away ang aming attitude. Itong game sa UP, before we started, sabi namin na this has to be a statement game,” Castillo thought.

NU (6-1) finishes the first round in first place for the first time in the Final Four era. UP, on the other hand, falls to 2-5, tied with UST.