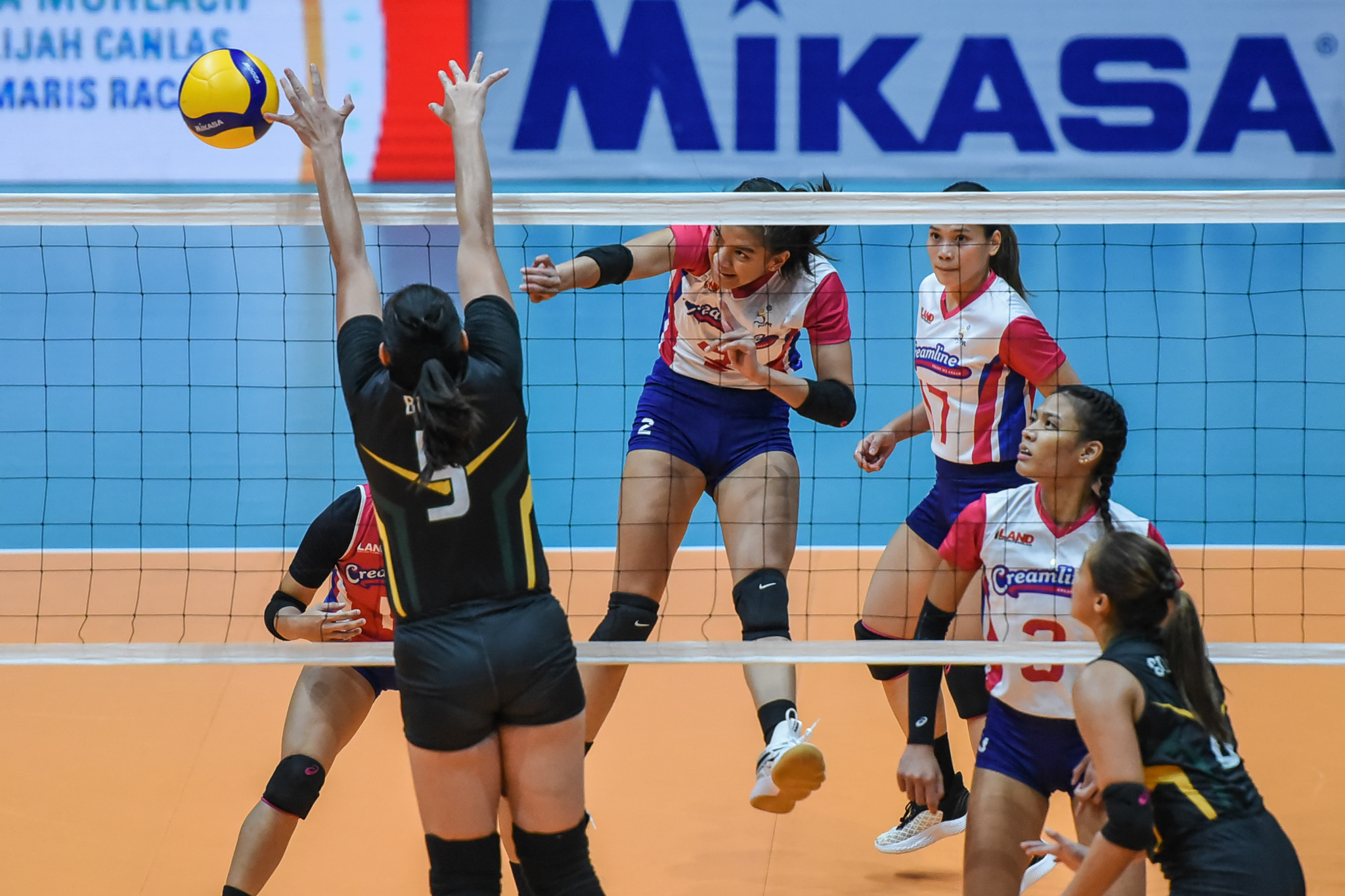 Creamline made quick work of Army-Black Mamba, 25-20, 25-22, 25-16 to cap off its 2022 Premier Volleyball League Invitational Conference elimination round campaign at the Filoil EcoOil Centre, Saturday afternoon.

Alyssa Valdez spearheaded the victory, scoring 15 points on 12 blocks, two aces, and a block to go along with 11 excellent receptions to help the Cool Smashers move up to the top spot with a league-best 5-1 standing.

Tots Carlos chipped in 13 points – all coming from attacks – and nine excellent digs while Jema Galanza had 11 points and six digs for Creamline. Jia De Guzman had 22 excellent sets in the win laced with three markers.

The Lady Troopers were able to trim a six-point deficit late in the third set, 16-17, all thanks to a Royse Tubino off-the-block hit. Unfortunately, that proved the end for Army. The Cool Smashers went on a fiery 8-0 blast to end the match.

Gonzaga finished with a triple-double of 10 points, 14 receptions, and 11 digs for Army, who dropped to a 3-3 standing. Meanwhile, Tubino had 10 points as well in the win.

Ivy Perez, the Lady Troopers’ most consistent performer in the tournament, saw herself held to just 13 excellent sets along with three markers.

Creamline has already secured its playoff spot last Thursday. Meanwhile, Army’s fate will be decided after PLDT’s match against Cignal and Choco Mucho’s game against Petro Gazz later in the day.