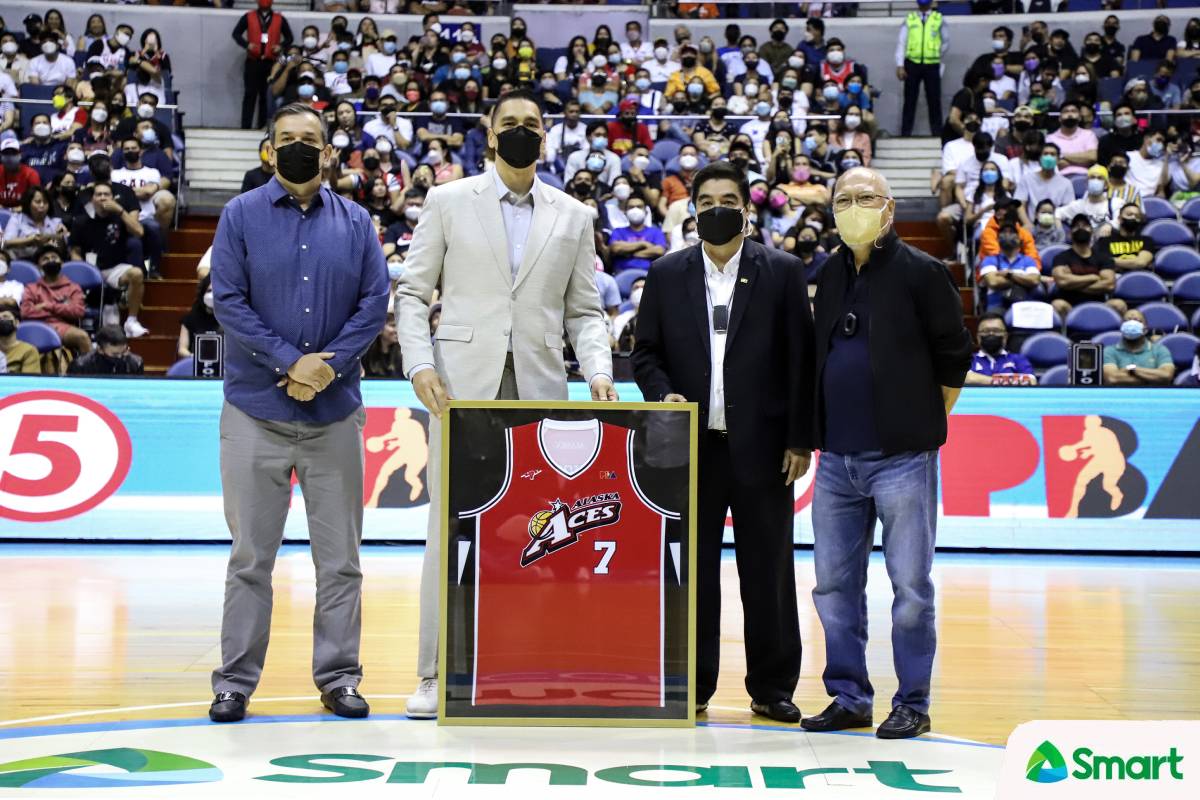 Alaska gifted one of its greats the recognition he truly deserves.

The Aces have formally retired the no. 7 jersey of Sonny Thoss during the halftime break of their PBA Governors’ Cup match with Magnolia, Sunday.

It has long been a plan of the ball club to hold such rites for its long-time center, but the ongoing coronavirus pandemic did not allow them to do so.

And the timing couldn’t have come at a time so perfect. The ceremony was held before a big crowd at the SMART Araneta Coliseum.

Furthermore, many of his former teammates were there, as well as former Alaska head coach Tim Cone, who was one of the many he thanked.

“Now I know how Ping and Simon felt months ago,” said Thoss, referring to the jersey retirements of Marc Pingris and PJ Simon last Christmas.

“This is definitely not an easy situation. But after watching the clips, seeing old teammates, there’s one word that comes to mind, and that’s blessed.” 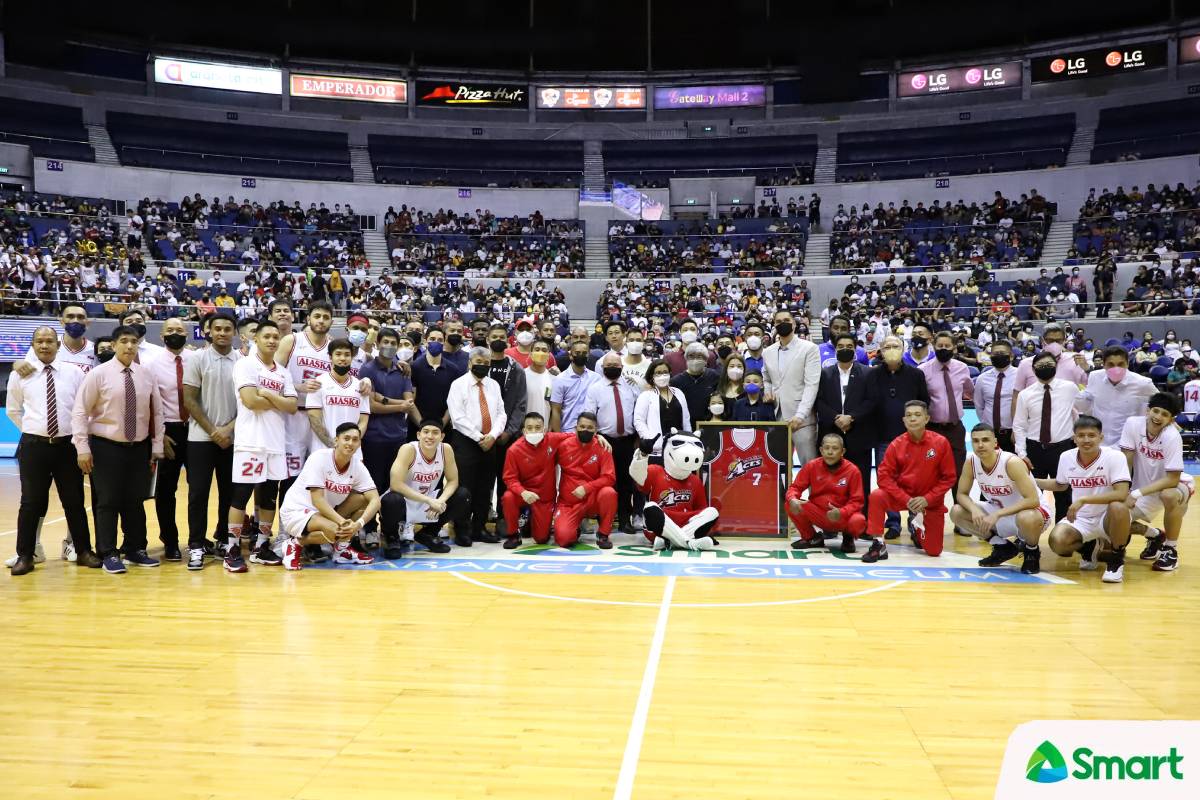 Thoss was picked fifth by the Aces in the 2004 Draft, a class loaded as it also had James Yap, Marc Pingris,and Ranidel de Ocampo, to name some.

The 2005 All-Rookie Team member won three titles with Alaska, including the 2013 Commissioner’s Cup crown where he was named Finals MVP.

Thoss was also the recipient of the Sportsmanship Award in 2011.

The 40-year-old center joins a handful of players who spent their entire PBA career with only one franchise. He was with Alaska for 15 seasons.

“I know this is a very sad moment for a lot of people that this will be the last time we’ll be able to experience the Alaska Aces in action,” he said.

“We don’t have to leave sad, but with our heads up high, and proud to be part of a company rich in integrity and success.”

Thoss is the seventh player to have his jersey retired by the ball club, which is retiring from the PBA after 36 years at the end of the season.