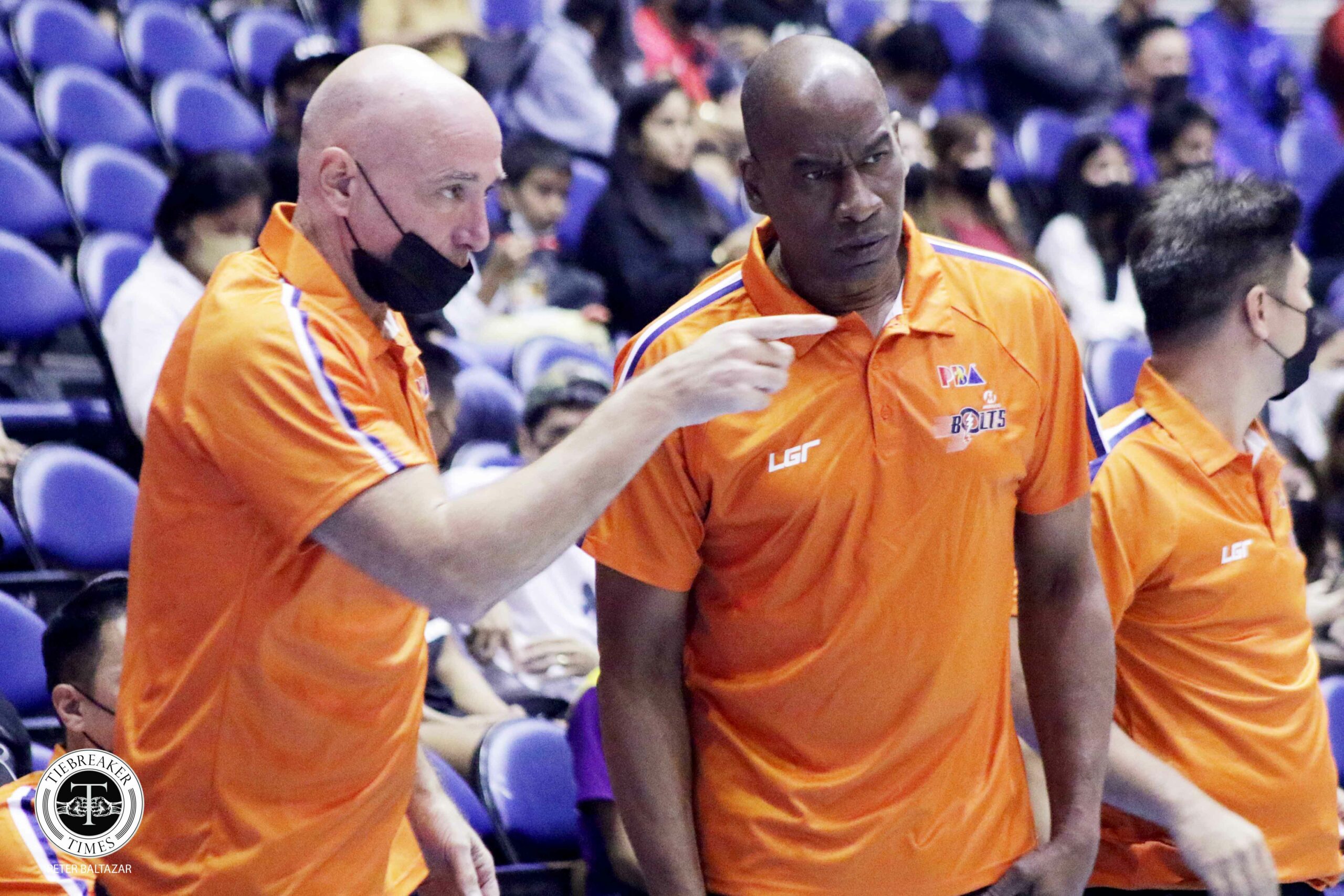 Meralco head coach Norman Black only has immense gratitude to his coaching staff and the entire team for holding the fort during his absence,

The champion mentor returned ahead of the Bolts’ Game Two clash with San Miguel in the PBA Philippine Cup semifinals, coming back after a month in the States to attend to his mother, who unfortunately passed away.

And his charges made sure to give him the best welcome they could present by getting back at the Beermen, 99-88, to tie the series at 1-1.

“I thank Luigi Trillo and the other coaches over and over again for holding the fort while I was gone,” he said after the match. “I witnessed my mother pass while I was home, so that was a disappointing experience for me.

“But at the same time, the team stuck together. The players played together, the coaches really worked together in trying to come up with gameplans to put us in a situation where we still have a chance to move forward,” he added.

It could be recalled that Black flew back home with Meralco in the midst of a two-game losing skid and were 3-3 in the standings, but his squad made sure that they are still competing in the conference once he goes back.

Bravely taking up the coaching cudgels was Luigi Trillo as first assistant Ronnie Magsanoc wasn’t available early on due to his commitment with Gilas Pilipinas 3×3. And under him, the Bolts were able to turn things around.

They won four of their last five games in the elimination round and clinched the fifth seed entering the quarters, where they defeated rivals Ginebra for the first time ever in a playoff setting through a tight Game Three win.

Now, the MVP ball club is in its third straight Philippine Cup semis, slowly becoming a fixture in the Final Four of the all-Filipino wars.

With that, Black couldn’t be any more thankful to the Bolts. He also expressed appreciation for the team’s top brass for allowing him to fly back home.

“I’m very thankful to the entire team, particularly the management ’cause they allowed me to go home for probably about a month,” he said.

Now, it’s his turn to give back to his team by doing his part for Game Three of the best-of-seven series on Sunday at the Big Dome.

“I had to adjust very quickly to what’s going on right now. I took a look at the game they played last game and tried to make some adjustments going into this game. I’ll do the same thing moving forward,” he said.

“Leo [Austria] and I have a long history dating all the way back to his Adamson days, my Ateneo days. So, I’ll study what he did today and try to combat it going into the next game,” he added.