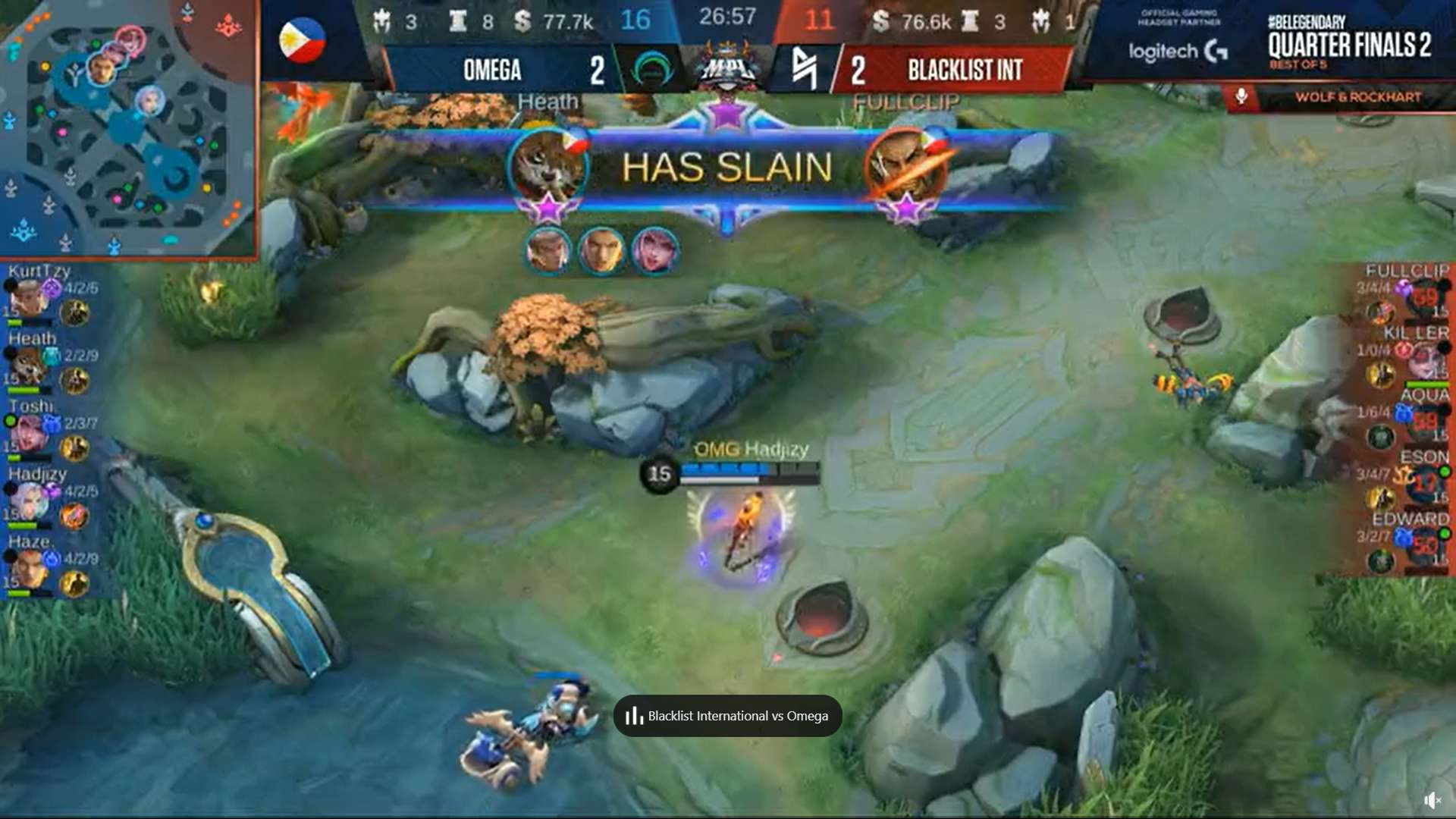 Smart Omega kept its composure when it mattered the most, surviving the late-game exploits of Eson, taking a 3-2 victory over Blacklist International in a grueling five-game series and advance to the semifinals of the Mobile Legends: Bang Bang Professional League Season Six, Friday morning.

Entering Blacklist International’s camp with the lord on their side inside the 13-minute mark of the do-or-die Game Five, Smart Omega failed to capitalize on the situation which paved the way for Eson (Khufra) to pop a Tyrant’s Rage, killing Toshi (Alice) while Killer (Ruby) got a hold of Heath (Akai).

Killer then flickered in the middle to catch Hadjizy (Ling) and KurTzy (Chou) with his I’m Offended. Eson then jumped with his Tyrant’s Revenge to collect a triple kill and give Blacklist its much-needed breathing room.

Blacklist was able to take down the first middle lane turret of Omega and kill Hadjizy in the process through a perfect layering of skills from Eson.

The Tier One-backed squad prolonged the match for almost 28 minutes but Omega scored a crucial pickoff on Eson in the middle lane. The remaining Blacklist quartet extended to Omega’s serpent pit – a mistake that put an end to their semifinal dreams.

Omega was able to catch Edward (Pharsa), Aqua (Lunox), and Fullclip (Roger) which left Killer the lone survivor to defend the upcoming siege. Upon entering Blacklist’s camp, Heath immediately used his Hurricane Dance on Killer and pinned him to the wall as the rest of his squad focused on the throne, sealing the victory for Omega.

On the other hand, Eson, who played phenomenal with the Khufra and was the one responsible for keeping Blacklist alive in the game, had three kills, four deaths, and seven assists.

Fullclip was limited to just three kills, four deaths, and four assists in the last game of his rookie season. The 15-year-old, however, had a perfect Lancelot game in the fourth match which helped Blacklist force a winner-take-all Game Five.

Blacklist showed a lot of promise in Game One, surprising Omega with a zoning strategy that uses Diggie and Pharsa as its fulcrum. Blacklist had five kills in the fundamental-oriented opener while Omega had three – earning the record for the game with the least most kills combined with eight. The previous record was 10 kills which also starred both teams.

Smart Omega will be facing a deadly Execration team on Saturday which will start at 4:30 p.m.