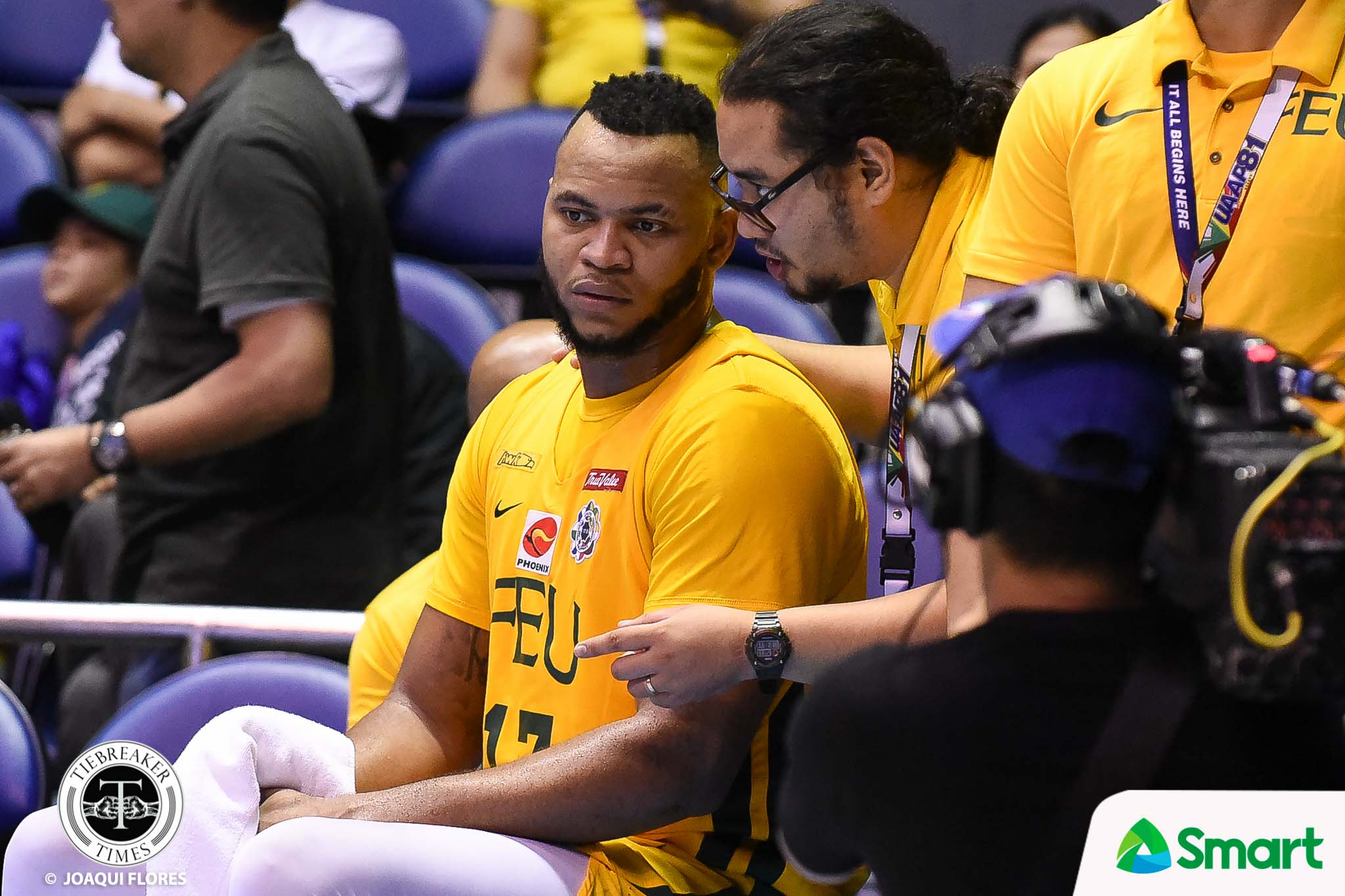 The second round of the UAAP Season 81 Men’s Basketball Tournament has been trying for the Tamaraws. Arvin Tolentino was slapped with a two-game suspension early, then Prince Orizu suffered a high left ankle sprain last October 20.

Sunday afternoon, the 23-year-old finally returned. Though he saw just nine minutes – down from his 22.9 minute average prior to the game – Orizu was just ecstatic to rejoin his team.

“It feels good, but I’ll be a little bit out of shape because I haven’t played since the injury,” shared the 6-foot-10 big man after FEU’s 79-74 win over the NU Bulldogs.

“But it feels good to be back.

“They’re trying to give me controlled minutes. Next game, I should be back in full health,” he added.

“We saw Prince Orizu play a few, quality minutes. Hopefully, he will be close to a hundred-percent on Sunday,” Racela shared.

With one more game left in FEU’s schedule – a pivotal encounter against the Adamson University Soaring Falcons – Orizu vows to go all-out, as he plans on not making that game his last game for FEU.

“It’s really important for the team and I too because I’ve never not been in the Final Four since I’ve played in the UAAP.

“I don’t want to give up now because of the ups and downs of the team and my injury too,” he said. “I just take it as a motivation and push myself more towards that game.”