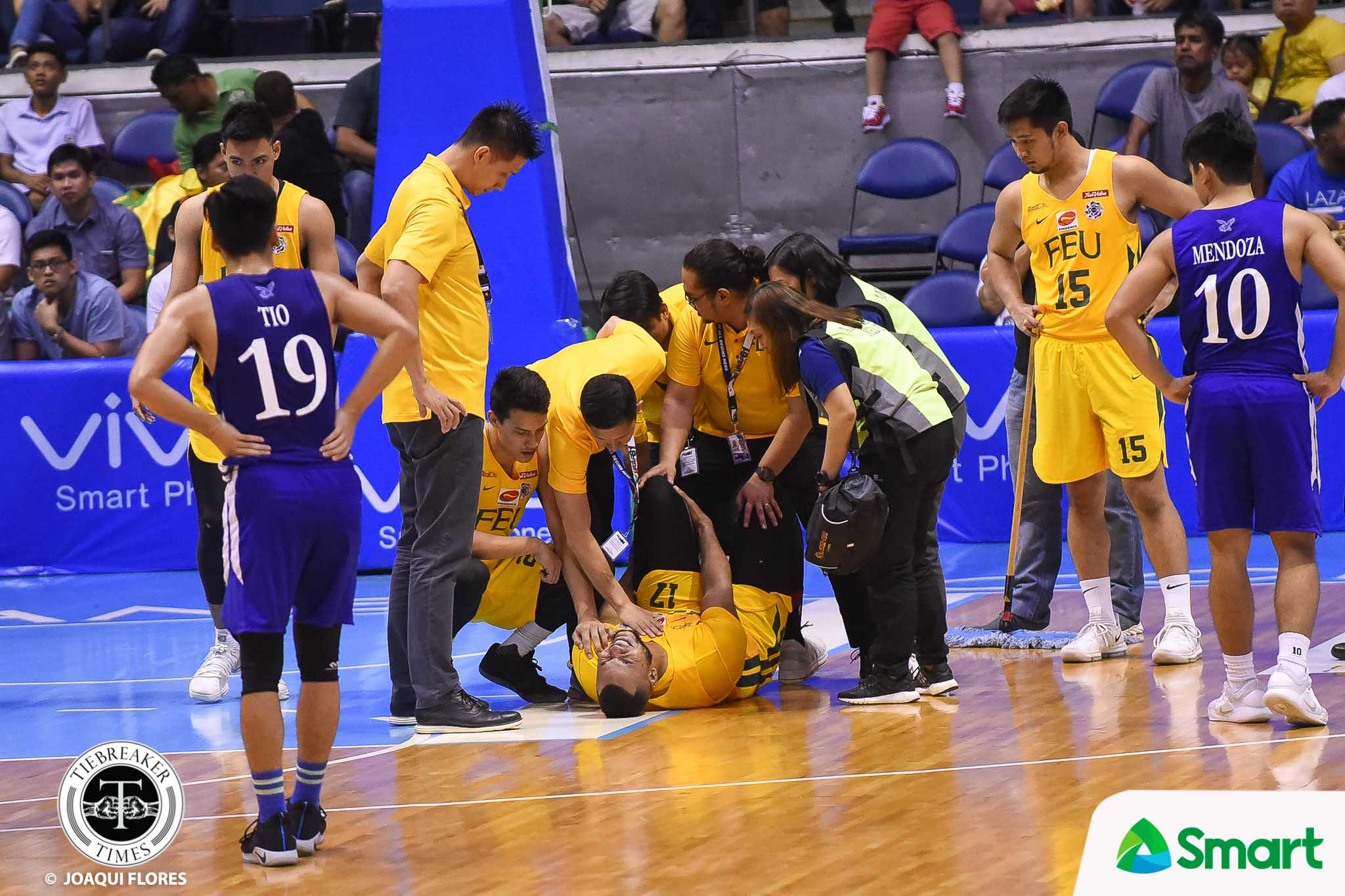 The Far Eastern University Tamaraws can breathe a sigh of relief, as senior big man Prince Orizu has only been diagnosed with a high left ankle sprain, according to multiple sources closely monitoring the situation.

Orizu, a 6-foot-10 Nigerian student-athlete, accidentally stepped on the foot of Ateneo’s Angelo Kouame last October 20 after converting a hook shot. He tried to shrug it off but was immediately subbed out with 2:59 left in the first quarter of the game.

The 23-year-old did not return to the game, which finished in a 62-82 loss for the Tamaraws.

Orizu, who is averaging 9.8 rebounds and 8.6 points per game so far this season, was immediately sent to the hospital after the game.

The results on Monday night showed that there were no fractures nor muscle tears.

But the Tamaraws are taking precautions with Orizu, only saying that, “he will be ready” for when the Tamaraws take on the University of the Philippines Fighting Maroons on Wednesday, October 24.