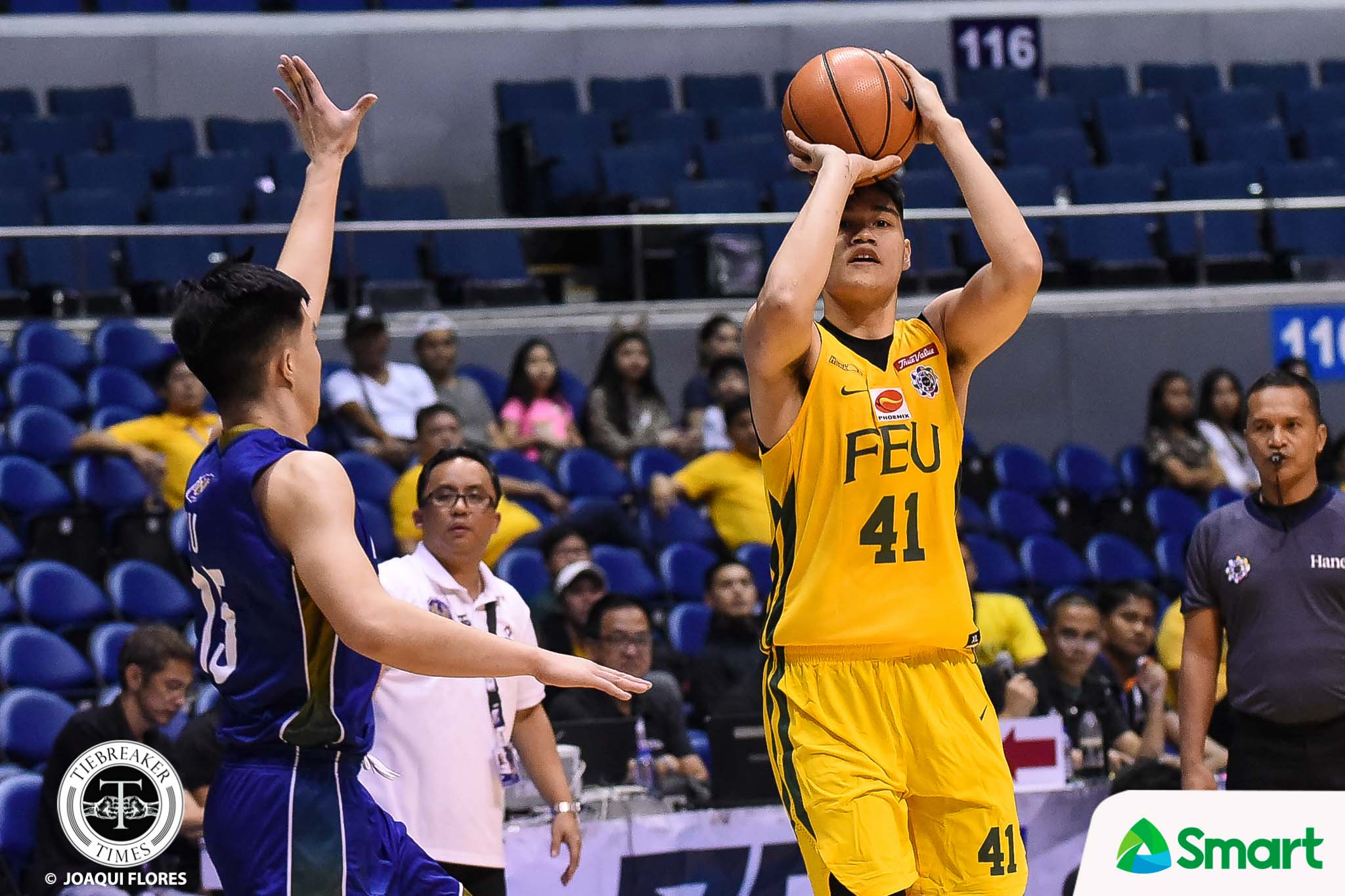 Just yesterday at the SMART Araneta Coliseum, the Fighting Maroons won, 83-69, to raise their slate to 7-6. The Tamaraws were able to tie them for fourth with this victory.

Behind the hot-shooting of Arvin Tolentino, FEU blitzed NU in the second frame, leading by as much as 16 points, 44-28. The graduating stretch forward knocked down four triples in the first half.

Tolentino had 16 points, six rebounds, and a block to once again provide a spark for FEU.

Wanting to end their season on a high note, the Bulldogs relied on rookie Clemente to lift them out of a rut. The NU lifer had 21 points in the third canto. However, the Bulldogs could not cut the lead below seven points.

“We are looking for our offense to bail us out in the third quarter pero hindi dapat ganun. Dapat yung approach namin is parang nung fourth quarter,” the PBA legend lamented.

The Tamaraws were able to restore order midway through the final frame, highlighted by a scintillating Tuffin dunk to give FEU a 78-65 cushion.

“So far, these boys are playing really well the past two games. Except for pagputok ni Clemente, they followed our defensive game plan. Hopefully, we can sustain that against Adamson,” Racela beamed regarding the duo of Tolentino and Tuffin.

NU tried to mount a late comeback, chopping the lead down to six with 22.8 seconds left. Clemente missed on a triple, but Dave Ildefonso was able to grab the offensive board. However, Troy Rike threw the ball away to seal the win for FEU.

As consolation, Clemente scored a bucket in the dying seconds of the game for his 38th point – breaking Alvin Pasaol’s season-high of 36 points set last September 19 in UE’s 76-90 loss to Adamson.

“Natutuwa lang ako na now, we have a complete lineup. We saw Prince Orizu play a few quality minutes. Hopefully, he will be close to a hundred-percent on Sunday,” said Racela.

Besides Clemente, batchmate Ildefonso had 12 points and 10 rebounds. The rest of the Bulldogs combined for just 24 points.

This loss means Jamike Jarin and the Bulldogs have suffered their worst finish since the UAAP Season 72 Men’s Basketball Tournament that saw NU finish with a 3-11 slate. The season hosts still have one game to one-up that record of futility.

FEU will have one last obstacle to at least ensure themselves of a playoff for the Final Four, when they face the Adamson University Soaring Falcons on Sunday, November 18. On the other hand, NU look to salvage what is left their season against the University of the East Red Warriors on the same day.