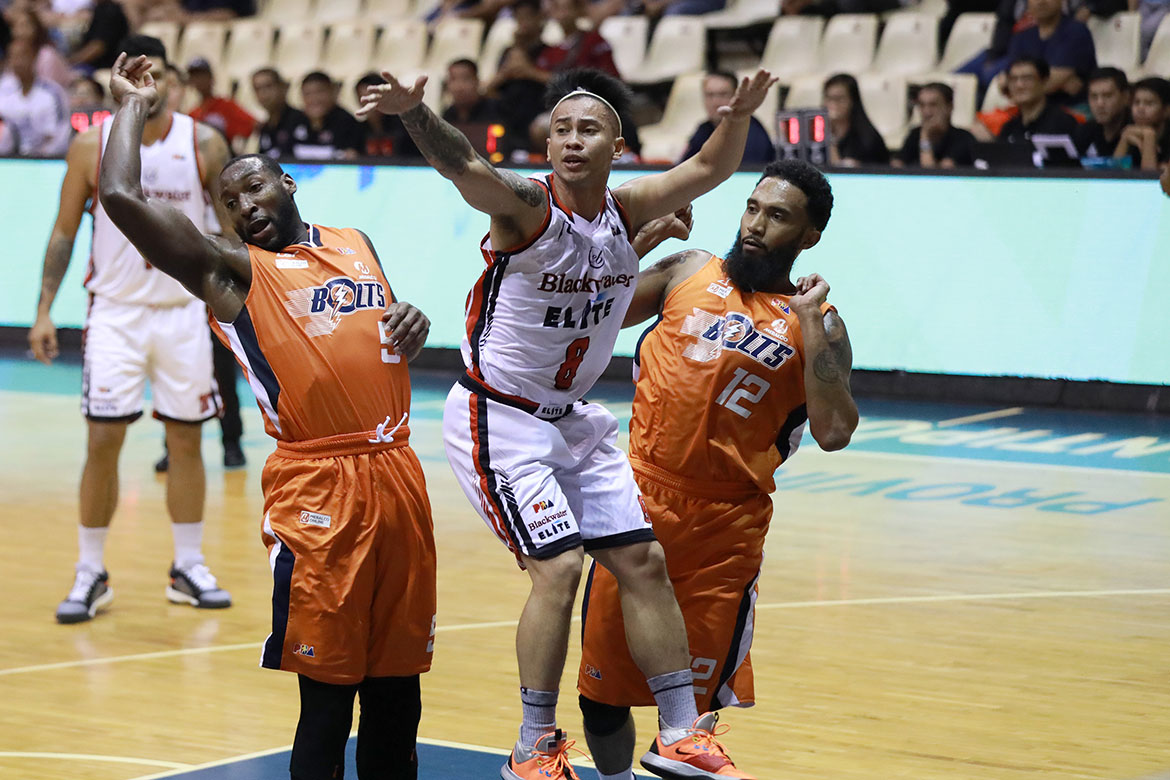 It’s no secret that the Meralco Bolts were bitten by the injury bug prior to the start of the 2019 PBA Governors’ Cup. And one of the affected was veteran forward KG Cañaleta.

Cañaleta hurt his left hamstring during one of the team’s practices heading into the conference due to wear-and-tear, which caused him to miss the Bolts’ first two assignments.

Cañaleta then returned in Meralco’s third game versus the Alaska Aces, which they won convincingly. And since then, the coaches have managed his minutes.

That was also the case Friday when the Orangemen took on the Blackwater Elite at the Ynares Center in Antipolo. And given Cañaleta’s performance, it seems he’s regained his old form.

The 37-year-old fired 13 points in the second quarter alone, helping the Bolts turn a slim deficit to their advantage which gave them enough momentum to bag the 106-97 win.

“He really came up big for us.”

The 6-foot-6 wingman is glad to have contributed in the win that hiked Meralco’s card to 4-2. And now, Cañaleta hopes he could still get better as the conference goes along.

KJ McDaniels takes over, leads TNT past Alaska in OT

Dexter Clamor on success: ‘I give all the credit to Coach Sammy’