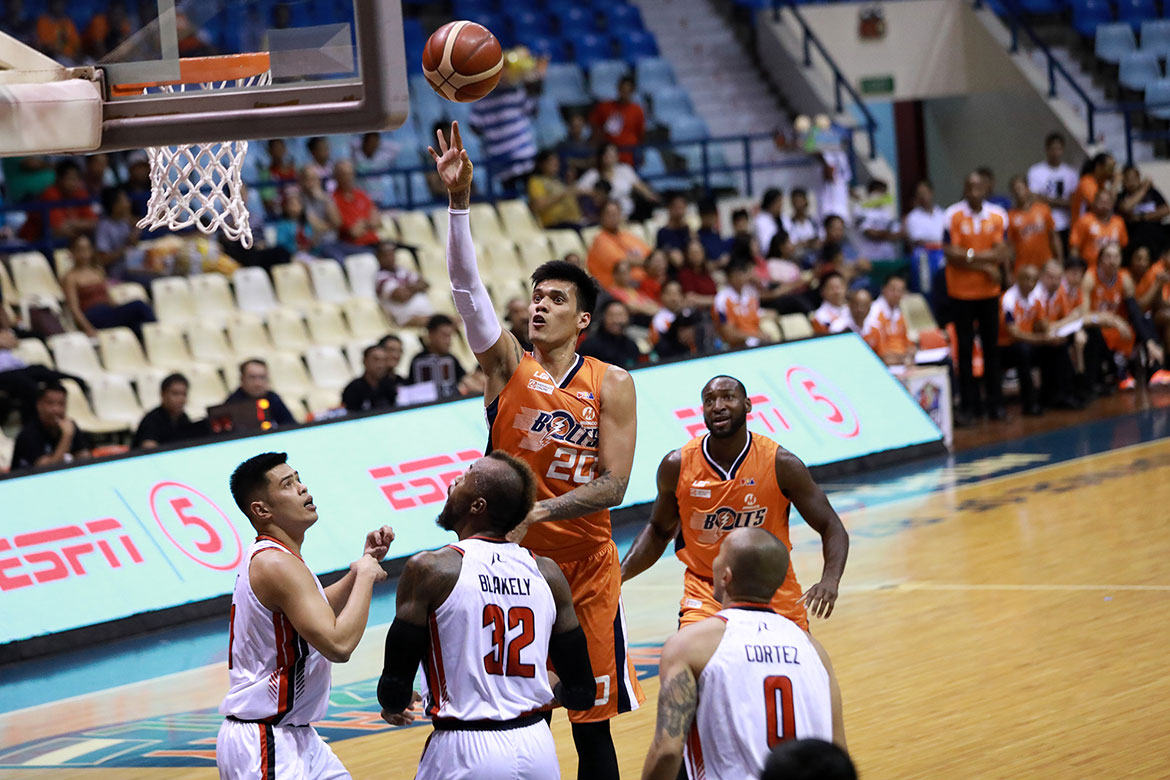 Meralco pulled away late en route to a 106-97 victory over the Blackwater Elite to make it back to the win column in the 2019 PBA Governors’ Cup, Friday evening at the Ynares Center in Antipolo City.

The Bolts led the majority of the match, but it was only in the final frame where they broke away for good. They turned a slim 85-81 lead to a 96-86 advantage after a Bong Quinto trey with 4:50 left to play.

And three-point shots were key for them to ward off the Elite. Meralco buried a total of five triples in the payoff period alone, after shooting just 2-of-10 in the first three quarters.

“The players had the freedom to shoot the threes. The three-point shot is very much part of the game now,” said coach Norman Black. “Fortunately for us, some of those went down in the fourth.”

Allen Durham paced Meralco with 27 points, 13 rebounds, and seven assists in the win. Raymond Almazan had a double-double as well with 19 points and 10 rebounds. Baser Amer produced 17 points, while KG Cañaleta fired 13 markers which he all made in the second frame alone.

The Bolts also avenged their loss to the TNT KaTropa, and improved to 4-2 to grab solo fourth in the standings.

Mike DiGregorio had 22 points to lead Blackwater, which failed to sustain its momentum from its match versus defending champ Magnolia last Wednesday.

Marqus Blakely had 15 points, 17 boards, and seven dimes, while Ray Parks and Allein Maliksi made 12 points apiece. Rabeh Al-Hussaini and Mac Belo had 11 and 10 markers, respectively.

Meralco will next face the San Miguel Beermen (4-1) on October 27, Sunday at SMART Araneta Coliseum. Meanwhile, Blackwater will battle the Rain or Shine Elasto Painters (1-4) on October 23, Wednesday, at Cuneta Astrodome.