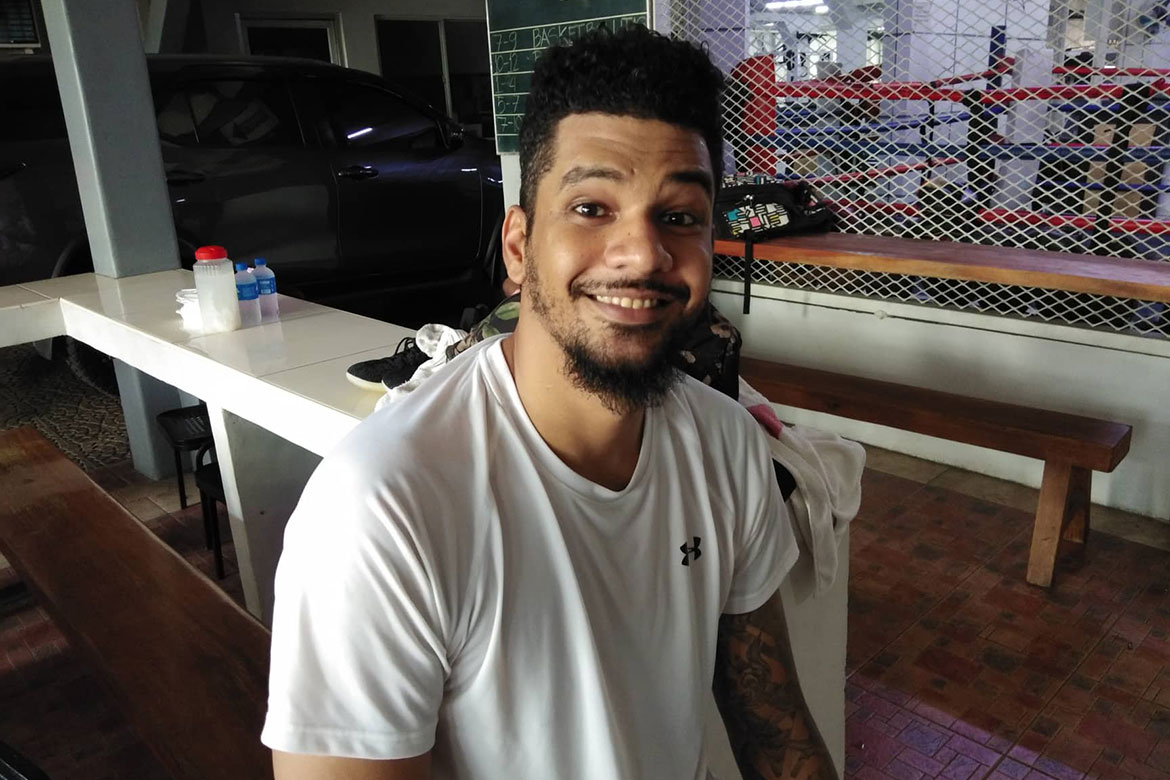 Rabeh Al-Hussaini is all set to start anew with the Blackwater Elite.

After going absent without leave in the team’s practices prior to the 2019 PBA season – due to a reported personal issue – that led to his suspension, the 6-foot-7 slotman seems to have settled, as he has now rejoined Blackwater.

“I’m coming in with a clearer mindset.”

Al-Hussaini has been with the team since January 14, but it was only on Sunday that he took part in a full-contact session. The 30-year-old said he’s slowly regaining his form following his lengthy absence.

“Nung nawala ako, I focused more on my family.

“Andun lahat. And when I came back, day by day since nung nakabalik ako ng [January] 14th, I’ve been doing strength and conditioning every day … Okay naman, getting there,” admitted the big man out of Ateneo.

But as welcome as his return is, Elite head coach Bong Ramos said that the second overall pick in the 2010 PBA Draft has to work for his spot if he really wants to make it back to the team that is currently 1-3 in the 2019 Philippine Cup.

For his part, Al-Hussaini accepts challenge from Ramos, who has been alternating veteran James Sena and rookie Abu Tratter at the center position in the o-going All-Filipino conference, even if they’re both undersized.

“Yeah. It doesn’t mean pagbalik ko it’s my spot or anybody’s spot right away. I’m gonna come in there and practice and earn it. It’s not gonna be easy but that’s the way it is.”