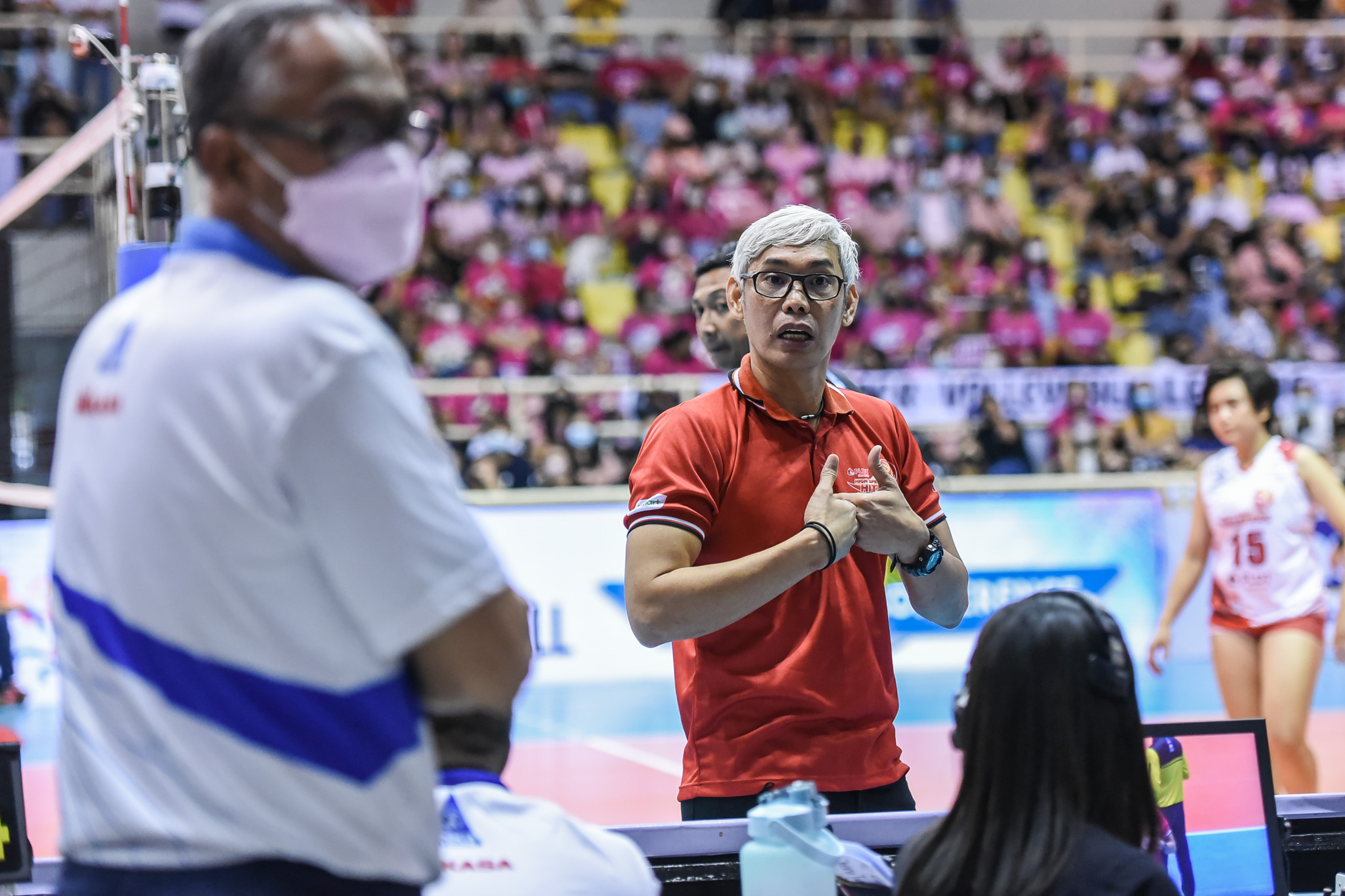 A day after the PLDT-Petro Gazz clash, the Premier Volleyball League has decided to consider the High Speed Hitters’ protest as invalid.

The decision came on Sunday, with an announcement on Tuesday.

The league cited Article no. 17 of the PVL Video Challenge System Regulations, which states that the ‘result of the Challenge or Video Review process as displayed by the 1st referee’s hand signal, is final and non-appealable.’

PLDT head coach George Pascua called a challenge late in the fourth set, with the High Speed Hitters ahead by 24-23. That came after he saw a Petro Gazz player touch the net after a block attempt on Elena Savkina-Samoilenko.

Pascua, though, claimed that the referees and table officials failed to recognize the call in time. Making things worse, the challenge system showed a different clip and not the one that he was originally contesting.

A point was eventually awarded to the Angels after the challenge was deemed unsuccessful.

With the verdict, the High Speed Hitters dropped their fourth consecutive loss while the Angels officially moved to 3-1.