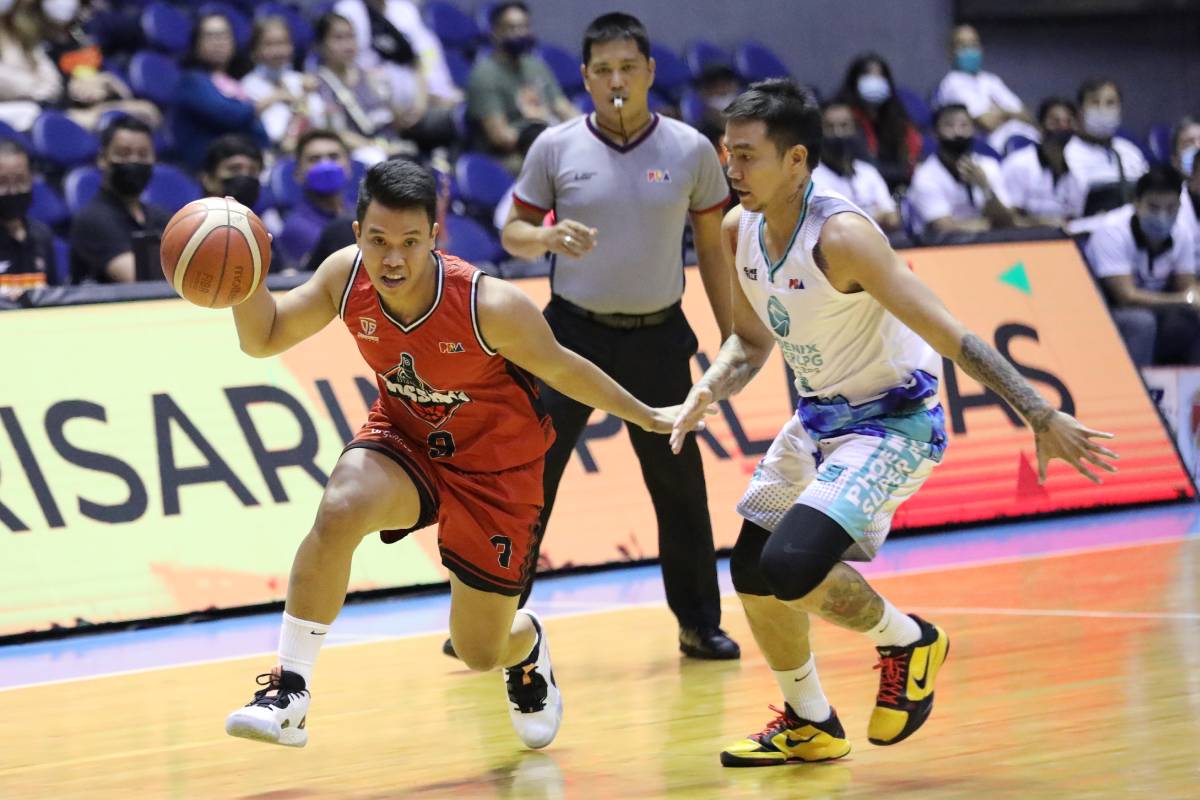 Baser Amer put another team to sleep as Blackwater added to the struggles of Phoenix Super LPG, 91-89, to continue its winning ways in the 2022 PBA Philippine Cup, Friday at the SMART Araneta Coliseum.

The veteran point guard nailed a tough fallaway jumper just inside the three-point line with 2.1 seconds left and then hit the ‘Night, Night’ once again, replicating his same heroics against ex-team Meralco in their last outing.

Amer finished with nine points on 3-of-7 shooting from the field, on top of four rebounds, two assists, and a steal in 25 minutes of play.

“Naka-tsamba kami,” said head coach Ariel Vanguardia, who told his wards to run the same play that beat the Bolts. “I told Baser, it’s either a backdoor to Rashawn or if you don’t have it, take the shot. Thank you, Baser.”

That shot not only stretched the Bossing’s streak to four but also preserved the efforts of rookie Ato Ular, who dropped a career-high 34 points on a 71.4-percent clip alongside 10 rebounds in a turnover-less outing.

The rookie out of Letran nailed crucial buckets down the stretch, which allowed his side to keep close with the opposition. He was also part of the game-winning play as he set the screen that gave Amer space to operate.

Top overall pick Brandon Ganuelas-Rosser also made a mark with 16 points in 17 minutes to help Blackwater stay at third in the standings with a 5-1 card.

Blackwater is set to face the league-leading San Miguel Beer (7-1) on Sunday, 4:30, at the Big Dome still, which Vanguardia said will be a litmus test to his side that he’s priming to approach their remaining games as the playoffs.

“Sabi ko sa kanila best-of-three to eh. We have to get Game 1, then ‘yung Sunday, that’s the clincher, that’s harder, always hard to close a series against the No. 1 team pa,” the veteran mentor added.

Jason Perkins had 22 points and eight rebounds to lead Phoenix, who wasted a 12-point lead early on the way to losing its fourth straight game.

Presently sitting at 10th in the standings, the Fuel Masters (2-6) will face another skidding side in NorthPort (2-5) on Thursday, July 14, 7:15 p.m. at the same venue, hoping to end their woes and keep their playoff hopes up.