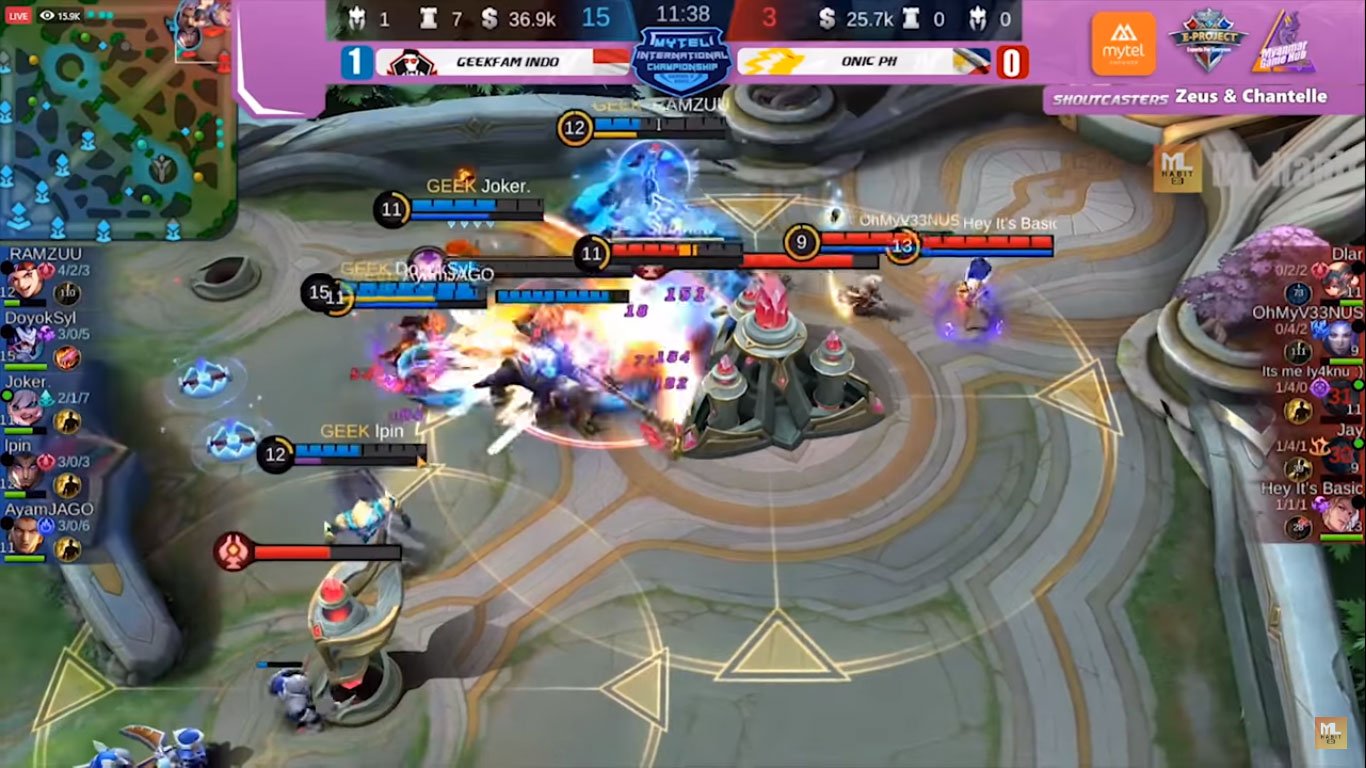 ONIC PH bowed out of the 2020 Mytel International Championship after suffering a 0-2 sweep courtesy of Geek Fam Indonesia in the quarterfinals stage, Wednesday afternoon.

After dropping the series opener, the MPL-PH runners-up started out strong in Game Two and was poised to make a comeback to extend the series.

Geek Fam, though, was able to take a huge lead in the resources department after taking down all but three of ONIC PH’s outer turrets, leaving no space for Basic (Lancelot) to farm.

DoyokSyl (Hayabusa, RAMZUU (X.Borg), and Ipin (Yu Zhong) sliced the lord’s health to half. Jay (Khufra) then came down to distract the Geek Fam troika, forcing Joker (Popol and Kupa) and AyamJAGO (Valir) to help out.

Geek Fam disposed of Jay but the lord was reset to full health. AyamJAGO and Joker chased off Basic while DoyokSyl and Ipin slew the lord with ease.

The Indonesians capped the game with a five-man wipe, eliminating ONIC PH from the tournament.

DoyokSyl was named MVP with four kills and seven assists, while Ipin put up four kills and four assists. AyamJAGO and Joker combined for 17 assists and six kills to backstop their cores.

Basic, who was sensational in the previous series for ONIC PH, was held to just a kill and assist in the match. Offlaners Dlar and Iy4knu also had a rough night, tallying a combined seven deaths and just a kill in 12 minutes of play.

Ken Tuffin bounces back as Taranaki advances to NZ-NBL semis

Sitthichai’s lifelong journey lands him with ONE