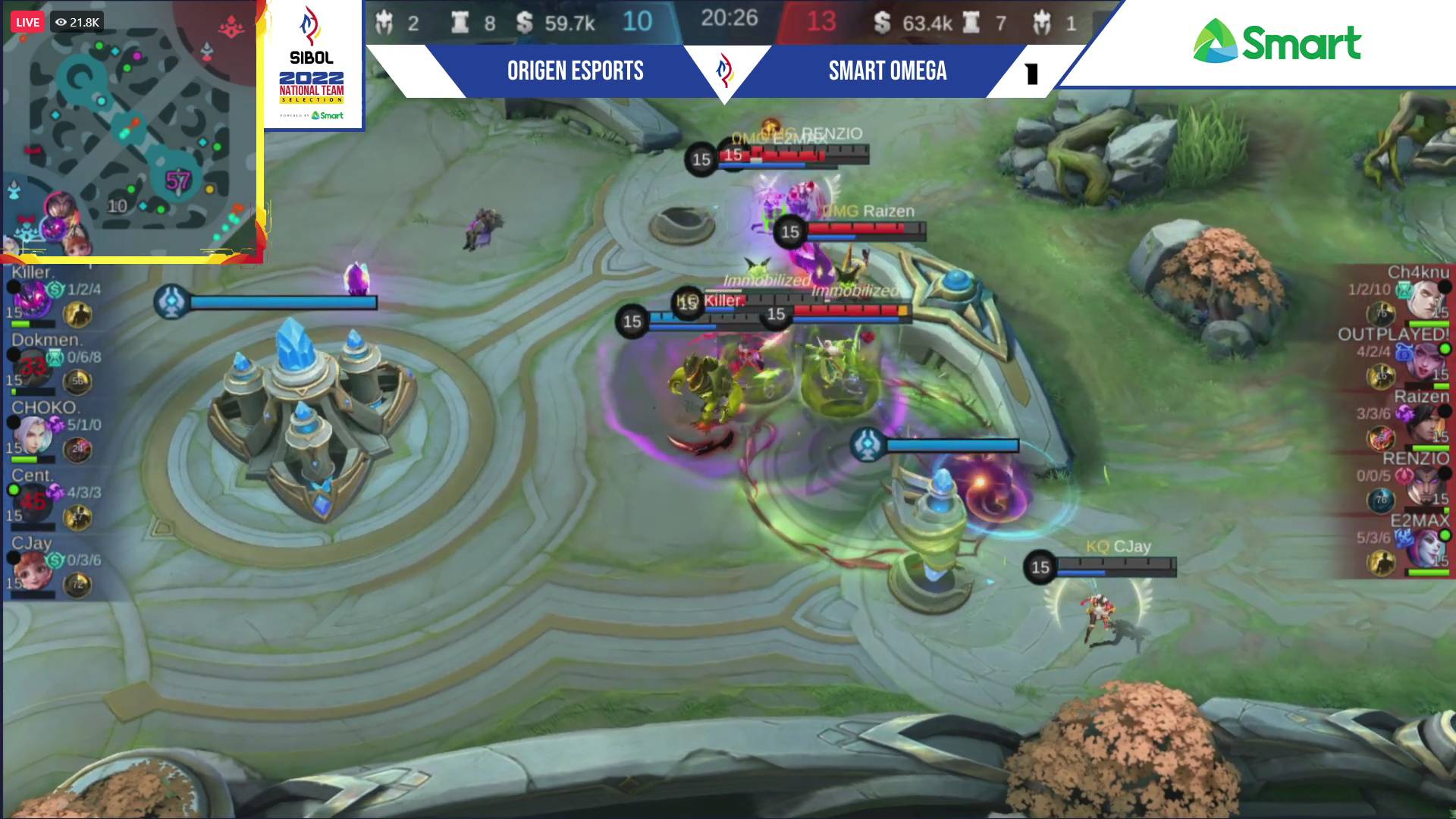 Omega Esports gutted out a hard-fought 2-0 win over Origen Esports to move to the second round of the lower bracket of the Sibol Mobile Legends: Bang Bang National Team Selection powered by SMART, Friday night.

Origen Esports was on the verge of securing an upset in Game One. That, until, Dean “Raizen” Sumagui (Aulus) willed Omega Esports back to the match with crucial solo kills on Carlo “CHOKO” Miguel’s well-fed Chou.

Jhonville “OUTPLAYED” Villa (Wanwan) then led a game-changing skirmish in the middle lane that tipped the scales entirely to Omega Esports’ side.

Raizen collected seven kills and three assists against just one death in the 15-8 win in 14 minutes and 54 seconds while OUTPLAYED added four kills, two deaths, and eight assists.

The same story unfolded in Game Two. Only this time, it was Joshua “Ch4knu” Mangilog’s Estes who took the center stage and helped Omega Esports close out the deal via sweep.

With Choko (Ling) and Cent (Clint) peeling through Omega, Ch4knu provided the much-needed sustain through his Moonlight Immersion and Blessing of the Moon Goddess.

He finished with a game-high 11 assists along with a kill and two deaths in the 14-12 Game Two win in 21 minutes and two seconds.

The playoffs will begin tomorrow.