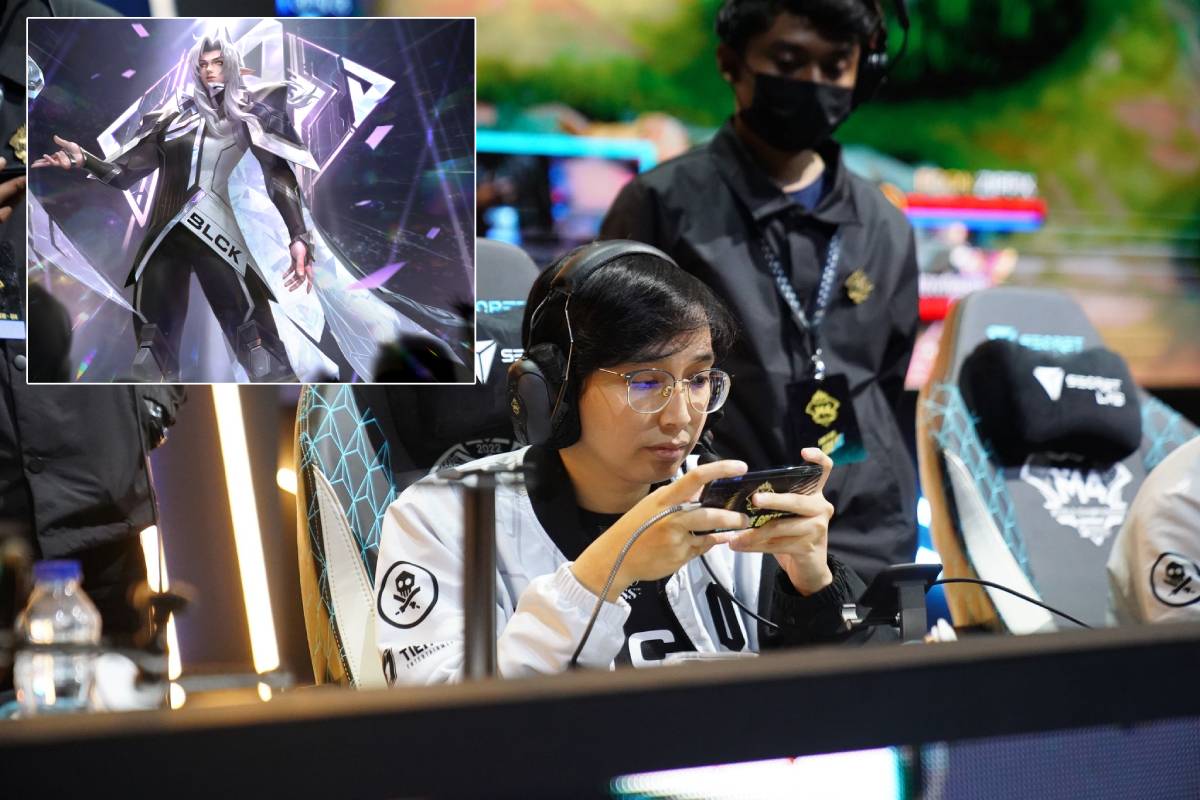 The reigning MPL Philippines MVP, though, surprisingly used the Galaxy Dominator skin instead of the Blacklist International skin in all three games.

When asked why she opted not to use the M3 skin, OhMyV33NUS gave a short but meaningful reply. She also noted that the Galaxy Dominator skin is her favorite one before the latter came along.

OhMyV33NUS quickly made her presence felt early in Game One, putting up a game-high 13 assists to go along with a kill on her signature support hero in Blacklist International’s dominant 15-3 win in the 13-minute opener.

She then followed it up with a 2-2-11 performance on Diggie in the 15-9 Game Two win which put the team up by 2-0 in the series. OhMyV33NUS was held to a kill, four deaths, and two assists in the Game Three loss before capping the series with a 1-0-17 KDA line – both on Estes.

Blacklist International will take on RRQ Hoshi in the upper bracket semifinals on Wednesday at 7:00 PM.