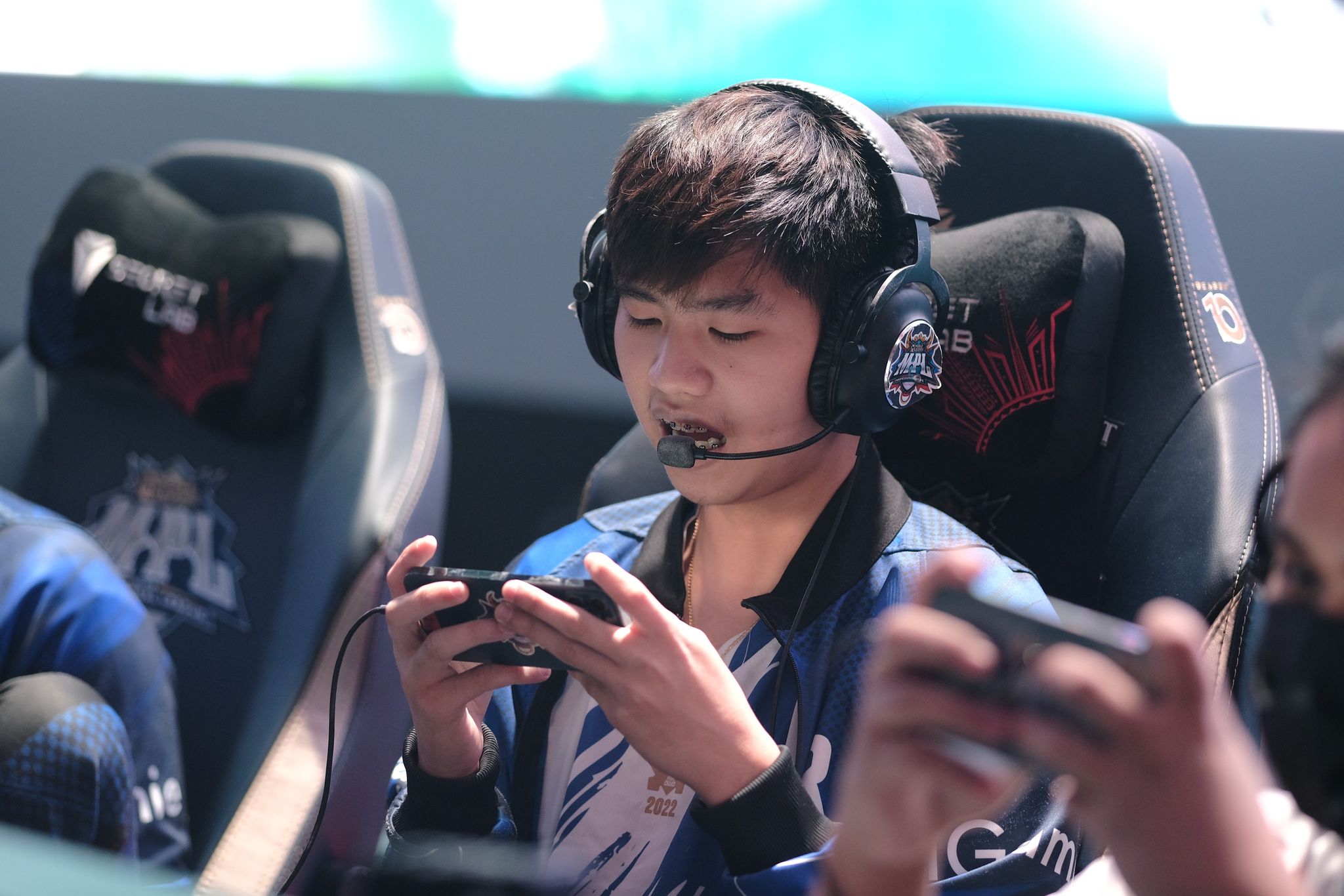 Jhonard “Demonkite” Caranto notched his first career Savage as RSG PH took solo second after denying TNC, 2-1, in the second round of the MPL Philippines Season 10 regular season, Friday at the ICITE Auditorium.

The reigning MPL PH champion upped its tally to 17 points off a 5-3 win-loss card.

After playing from behind all game long, RSG PH got its much-needed turnaround in Game One after Dylan “Light” Catipon (Atlas) caught Ben “Benthings” Maglaque (Ruby) and Robee “Yasuwo” Porrmocille (Beatrix) with his Fatal Links which resulted to a three-for-one trade.

With the advantage in manpower now on their side, RSG PH took down TNC’s last two middle lane turrets before setting their sights on the Lord. That, however, is where TNC took the game from their hands as Mark “Kramm” Rusiana (Paquito) isolated and eventually took out Eman “EMANN” Sangco’s Karrie while Daniel “SDzyz” Chu (Balmond) secured the objective.

“We said sa Game Two na let’s go with Balmond para dire-diretso tayo sa objectives. We just talked about not like parang cheer up, we said tara reset tayo, next time we’ll use the tank jungle na,” he added.

RSG PH played the long game in the second match, defending its base against four sieges coming from the uber-aggressive side of TNC to tie the series.

During the 25th minute, TNC found EMANN (Beatrix) – arguably the most important hero on RSG PH’s roster – out of position in the middle lane. TNC tried to initiate with Kramm (Esmeralda) flanking but RSG PH instead got a kill on SDzyz (Aamon) which gave them the opening they needed to take the Lord where they also took out Benthings (Chou).

SDzyz bought TNC enough time to defend the siege but was later taken down in front of RSG PH’s bottom inhibitor turret. TNC once again found another shot at EMANN with Benthings landing a perfect Way of the Dragon.

Unfortunately, the move backfired as RSG PH secured a kill on Yasuwo (Paquito) and Esmeralda which helped them secure the win.

EMANN recorded a game-high 10 kills and an assist against three deaths while Light (Grock), who kept his gold laner safe all throughout the match, had 11 assists against one death in the 14-9 Game Two victory in 29 minutes and 11 seconds.

In Game Three, Demonkite (Karina) secured the crucial Lord during the 16th minute for RSG PH. The team then continued to chase down TNC members with the RSG PH jungler eventually recording the first Savage of his career.

Demonkite finished with nine kills and three assists against one death in the 14-7 Game Three triumph while Kenneth “Kenji” Villa had a game-high 12 assists to go along with one death.

TNC remained in last place with a 1-9 slate and seven points.

RSG PH takes on ONIC PH on Sunday at 5:00 PM while TNC looks to bounce back against Omega Esports later that day at 7:30 PM.