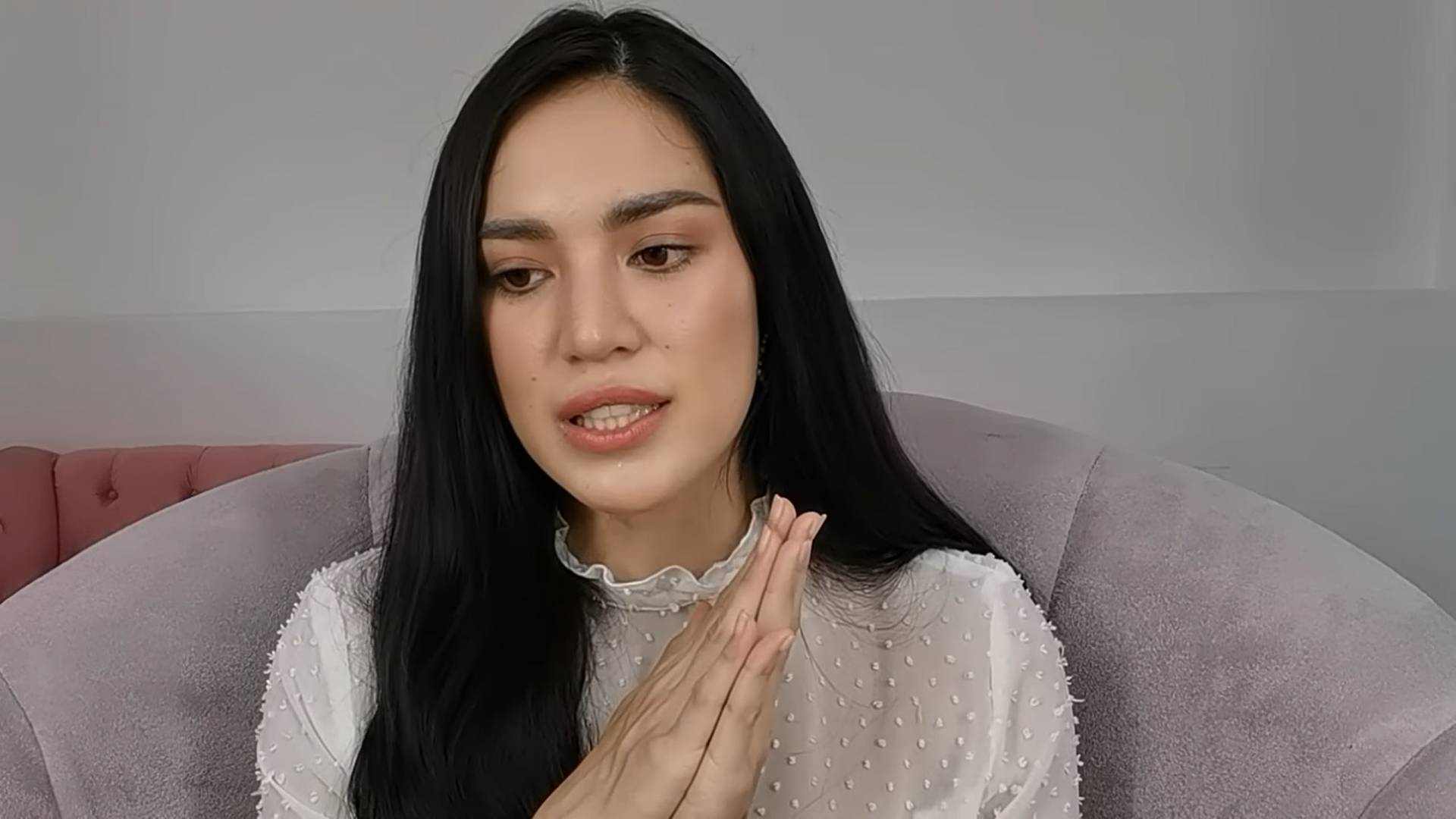 Known for her passion as a motivational speaker, her volleyball persona, and her beauty queen side, Miss Universe Philippines 2020 second runner-up Michele Gumabao took to her YouTube channel to speak up regarding the backlash she received for her absence in the pageant winners’ photo after the coronation night aired on the morning of October 25.

The three-time Premier Volleyball League Best Opposite Hitter started, “I’ve been so used to being a voice for others; always encouraging others to fight for their dreams and to empower themselves.

“But these past few days have been hard to take that advice for me.”

Gumabao admitted that she has to heed her own advice to fight for her own story and her own experiences. “Because people have been trying to taint my name and drag me down [with] so many issues that are not real and didn’t happen.

“I’m not doing this. I’m not sharing all these to attack anyone or to hurt anyone. I just want to share the truth, and I want to share my story, and I want to be true to myself because I know that this will be the only way to look back in all this and happily move on.”

Gumabao also shared some of her unfortunate experiences leading up to the pageant, including suffering injuries, and physical and mental exhaustion. She even needed rehabilitation just to recover.

The 28-year-old said, “It was depressing for me; it was devastating for me. I spent the whole day in bed, I didn’t know what to do. I decided to do my rehab at home and to do whatever I could at home.

However, Gumabao fought through it and eventually made it past the preliminaries to the finals of the inaugural edition of the tilt.

One night, the De La Salle University alumna shared that she was having fun with the rest of the candidates, but had been receiving negative messages.

“I had the best night of my journey as a candidate and I had the best memory, getting to bond with all the girls, getting to spend time with them because we weren’t able to due to pandemic protocols. We were able to bond that night; I got a chance to get to know all of the girls,” she bared.

Only Gumabao reached her breaking point when she heard things that she was not supposed to hear. “It hurts, I must admit,” she said. Nonetheless, she listened to her family and prayed through the negativity, but woke up that morning still not feeling well.

“One candidate [asked] me, because I wanted to go home so bad, ‘What was your purpose?’ That made me realize why I was there. It made me realize that I was there to glorify God and to empower myself so that I can empower other people. I held true to that until the very end.”

However, since their feed was delayed and news of the winner had already broken out, people started to come up to Gumabao, hugging her, crying, and asking questions of why, how, and what things had happened, which suddenly overwhelmed her once more.

“After knowing what I knew the past two days, everything just came crashing down on me and I couldn’t handle it. I admit I wasn’t strong enough to handle that at that moment, and I knew I was gonna break down and cry. [But] didn’t want to do that in front of the cameras. They tried so hard to get a breakdown off of me in the past and it never worked. I told them that I will not give them that satisfaction.”

Gumabao then went to the production team and asked to leave because it was hard for her, and requested to have the feed fast-forwarded. She likewise wanted to have the winners’ photo taken as soon as possible, so she could leave the premises. The production team insisted on letting the feed continue, leaving the Quezon City representative with no choice but to exit the room.

The 2018 Binibining Pilipinas-Globe, however, left notices to people in the organization on her reasons, particularly the pageant’s creative and events director, Jonas Gaffud. Gumabao also sent her congratulatory message to the winner, Rabiya Mateo.

She was therefore surprised to see the social media posts, reacting to what they saw adversely. “I couldn’t believe that people are capable of such things. We’re in this beauty pageant, joining because of our dreams because we want to empower people. But it’s so toxic; the industry, the fans, the bashers, the criticism, everything is just so toxic and I just couldn’t believe it.

“I was not hurt. I was not angry, but I was sad. I was sad because so many girls just like me dream of this platform, a dream of this position because we know it is meant for something good. But so [many] people who aren’t even connected to the organization are just trying to tear everybody down. And it just saddens me that in the midst of this pandemic, in the midst of a celebration such as a beauty pageant — the first-ever Miss Universe Philippines — there are people who have it in their hearts to criticize and to spread rumors and to spread so much lies. And I just couldn’t take it.”

“The organization knew why; they knew my reasons. They knew why I left but never said anything. They kept quiet, and now so many stories are circulating. I told myself, I have to speak up. I have to defend myself. I have to fight for myself because I knew nobody would,” she said.

Gumabao also told everyone to be responsible in their use of social media. She asked people to allow her to accept her fate and her destiny on her own terms.

She continued, “I hope that as much as I respected everybody’s opinion of me, the good, the bad — I embraced all of it — and I’m asking you respect mine and to respect my own opinion right now. And after this, we’re all gonna move on, we’re all gonna be happy. We’re all gonna support the person, the organization that we need to support as one country, as one Philippines.

“And I hope that we may all learn from this and grow from this; and just put an end to all of the negativity that everybody has been spreading online.”