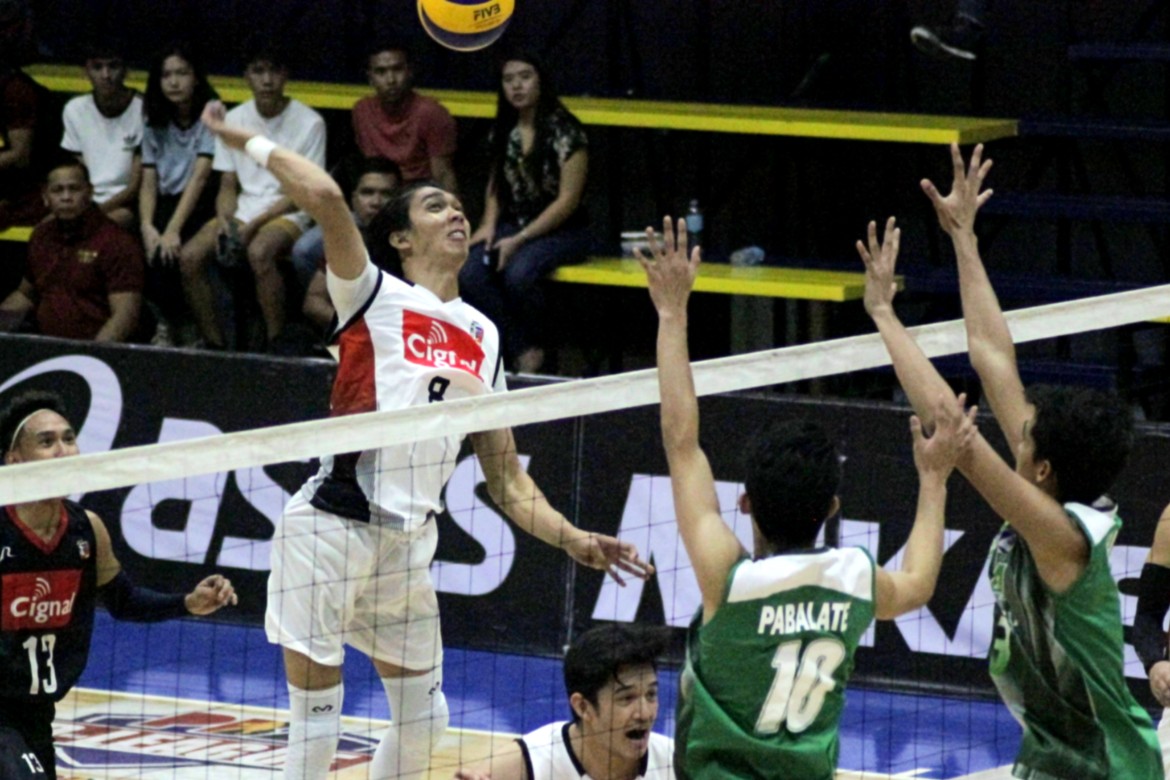 Fresh from their Reinforced Conference title conquest, the Cignal HD Spikers showed no signs of a championship hangover, sweeping the National College of Business and Arts Wildcats, 25-12, 25-14, 25-18, in the 2019 Spikers’ Turf Open Conference at the Paco Arena in Manila, Sunday.

Despite missing the troika of AJ Pareja, Sandy Montero, and Peter Torres in their debut, the HD Spikers had enough firepower to dominate the Wildcats.

On the other hand, NCBA – who dropped their third in as many games – were led by McClane Rogel’s seven points.

Cignal star Marck Espejo only played in the third set, since he is still nursing a right shoulder injury. Pareja is still in Surigao del Sur for the BVR On Tour: Gran Ola, while Montero has yet to secure the green light to suit up for the HD Spikers.

Meanwhile, Torres will most likely miss the second conference as he is still recovering from a procedure on his lungs. 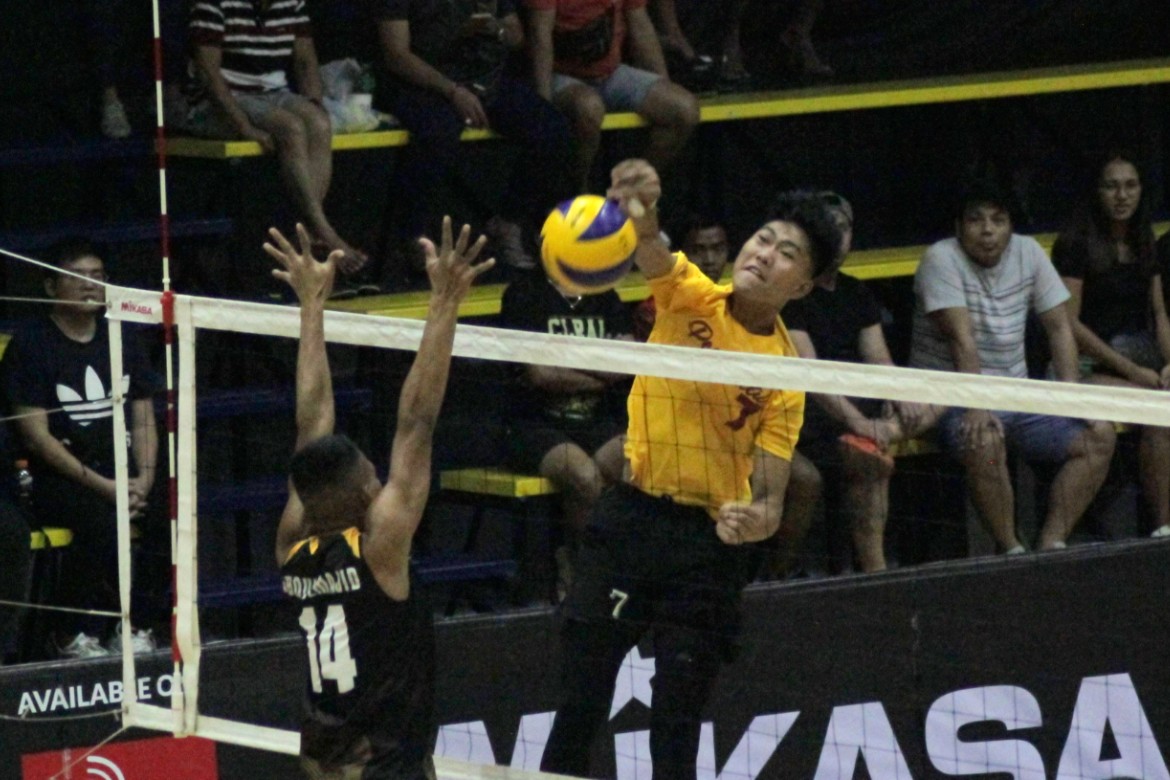 In the nightcap, the Altas continued their hot streak as they disposed of the NCBA-Philippine Army Troopers in three sets, 25-21, 25-22, 25-10, to remain unbeaten in Group C.

Louie Ramirez paced the NCAA defending champions with 11 points. Ronniel Rosales had 10 markers which include four blocks to push Perpetual to a 3-0 card.

Hero Austria and Joebert Almodiel tallied nine and eight markers, respectively. The former also collected nine receptions, while the latter had six digs for the Altas.

Army skipper Randy Fallorina had seven points. Karl Ramirez and Benjaylo Labide finished with six markers each for the Troopers, who lost their second consecutive game in as many games. 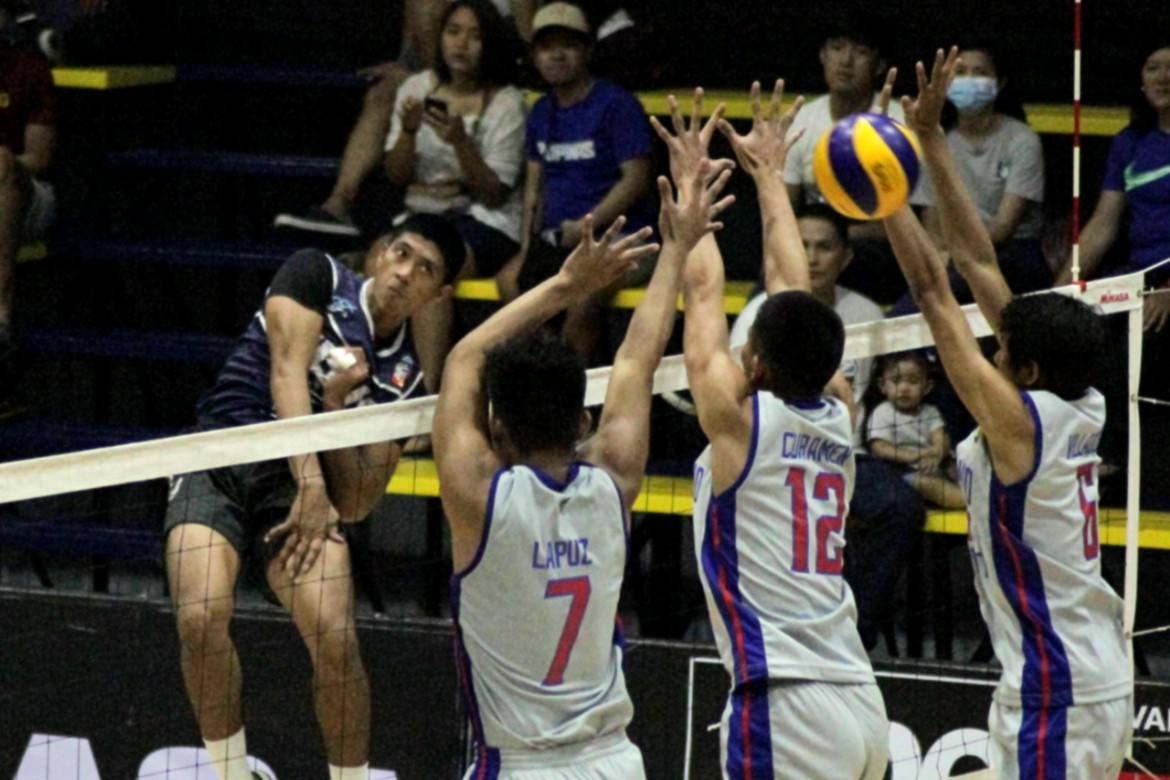 Dolor led all scorers with 17 points built on 12 attacks, three blocks, and two aces. Kurl Rosete made a living from the service line, tallying six aces to go along with these three blocks for 13 markers.

Christian Dela Paz finished with 15 points along with eight receptions for the Chiefs, who now have an even 1-1 win-loss slate.