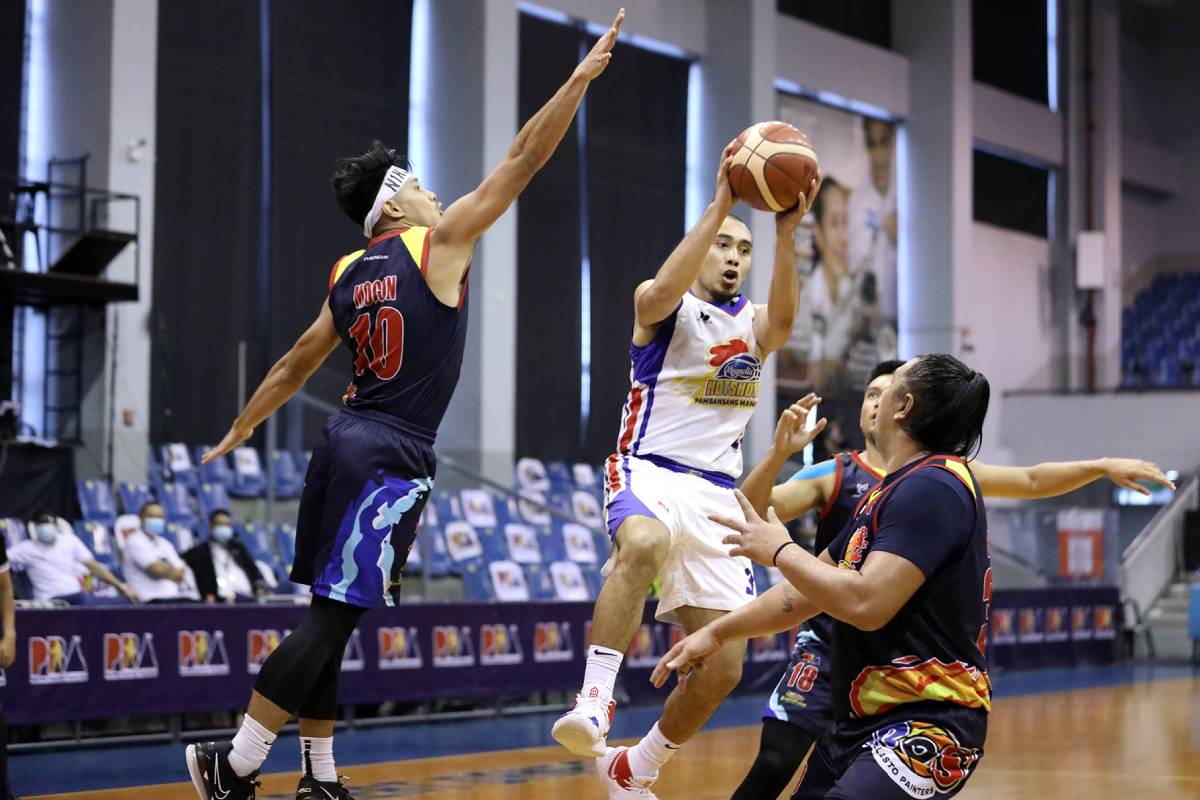 SMART CLARK GIGA CITY — Magnolia really has that knack for turning it up all of a sudden when its back is against the wall.

On Saturday, the Hotshots chalked up their fourth consecutive victory in the 2020 PBA Philippine Cup after withstanding Rain or Shine, collecting their fifth win overall in the process and edging near the quarterfinals.

The Hotshots are playing like the favorites that they are — far from the team in a tough spot early in the bubble.

Before their fiery streak, the Philippine Cup runners-up actually lost three straight — first in the hands of Alaska; then Meralco; and ultimately Phoenix Super LPG, falling to 1-4.

One of the reasons behind this surge is Paul Lee. In the conquest of the Elasto Painters, Lee unloaded 31 points. With this, he now has an average of 29.0 points in their last three outings.

The gunslinging guard couldn’t help but wonder how he and the Hotshots find their ‘more’ during challenging times, though. But he recalled that this is almost the same situation they got into in last season’s All-Filipino wars.

That time, the Hotshots started the tilt with three straight losses. They later rallied to finish the eliminations with a 6-5 record as the sixth seed. And eventually, they saw themselves going all the way to the Finals.

Still, Lee believes it is the trust they have for each other that spells the difference for Magnolia. And now, it has the Hotshots in contention for a Top 4 spot and twice-to-beat edge in the quarters.

“Siguro we just stick to our system. Naniniwala lang talaga kami sa sistema ni Coach Chito [Victolero], and we believe in each other,” he said.