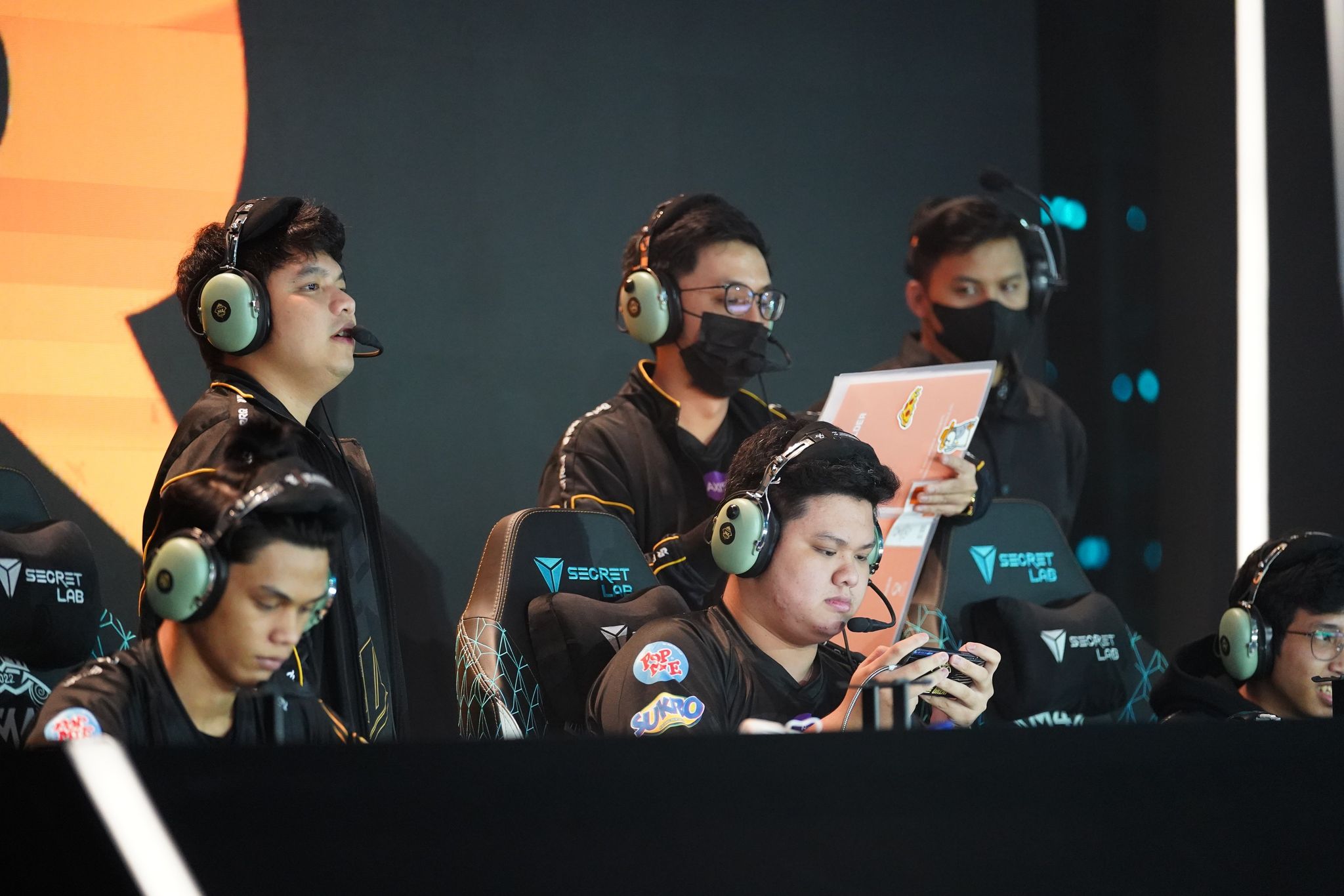 In a battle of former comrades, Michael “Arcadia” Bocado got the better of Steven “Dale” Vitug as RRQ Hoshi shot down Falcon Esports, 3-2, to advance to the lower bracket semifinals of the M4 World Championship, Friday at the Tennis Indoor Stadium Senayan in Jakarta, Indonesia.

RRQ Hoshi exerted its dominance early in the series, taking the next two games to go up 2-0 before Falcon Esports bounced back and nabbed the next two to send the game to a do-or-die Game Five.

The Indonesians turned up the aggression early in the decider, invading Kenneth “Kenn” Hein’s Granger in the Serpent pit and eventually taking him down during the first two minutes of the contest.

RRQ Hoshi then scored a return kill on Kenn before the 3rd minute after he erased Schevenko “Skylar” Tendean’s Beatrix over at the top lane.

Falcon Esports never recovered from there as RRQ Hoshi finished off the match in just 13 minutes.

The MPL ID runner-up will head to the lower bracket semis while Falcon Esports’ run has ended at 5th-6th place.