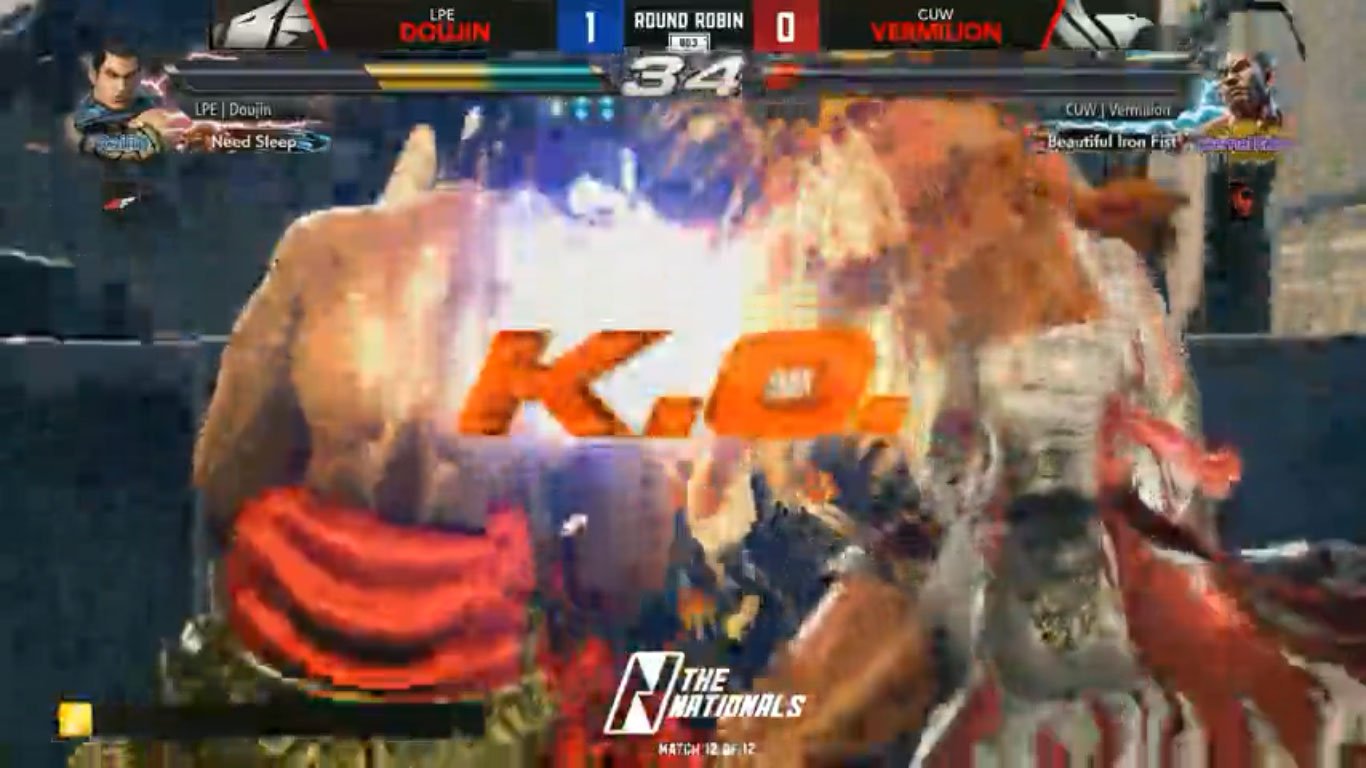 Laus Auto Group Playbook Esports’ 1-2 punch of Doujin and AK remained at the top of the standings while BREN Epro’s Maru sneaked to the third spot to end the Day Three of The Nationals Tekken 7 Season Two, Wednesday evening.

The Southeast Asian Games bronze medalist won all of his games but one, standing at a 12-1 win-loss card with 17 points to solidify his place at the top of the standings.

Meanwhile, AK had a slight hiccup splitting his day four assignments with a sweep on STI Eolympians’ Don Argus, 3-1, 3-2, and surrendering to Hapon of Happy Feet Emperors, 0-3, 3-2, 2-3.

AK played Akuma in the win against Don Argus. He then picked Fahkumram first during his face-off with Hapon while using Leeroy twice in the succeeding rounds. The SEA Games silver medalist now has an 11-4 card good for the second spot with 14 points.

On the other hand, BREN’s Maru, who was in a three-way tie in the third slot in the previous day, climbed up to the number three seed after sweeping SEO’s Rakenrol, 3-1, and CUW’s Vermillion, 3-0, 3-2, spamming Ana.

Vermillion, who previously ranked third, had a rough third day, losing to Doujin and Maru. He slid to the fifth spot with a 7-7 card and nine points while SMO’s Jules took the fourth slot with an 8-6 standing and 10 points.

Pica of SMO rose up to the sixth place with a 6-8 cad for seven points while SEO’s Don Argus is now at seventh with a 6-10 card – good for six points.