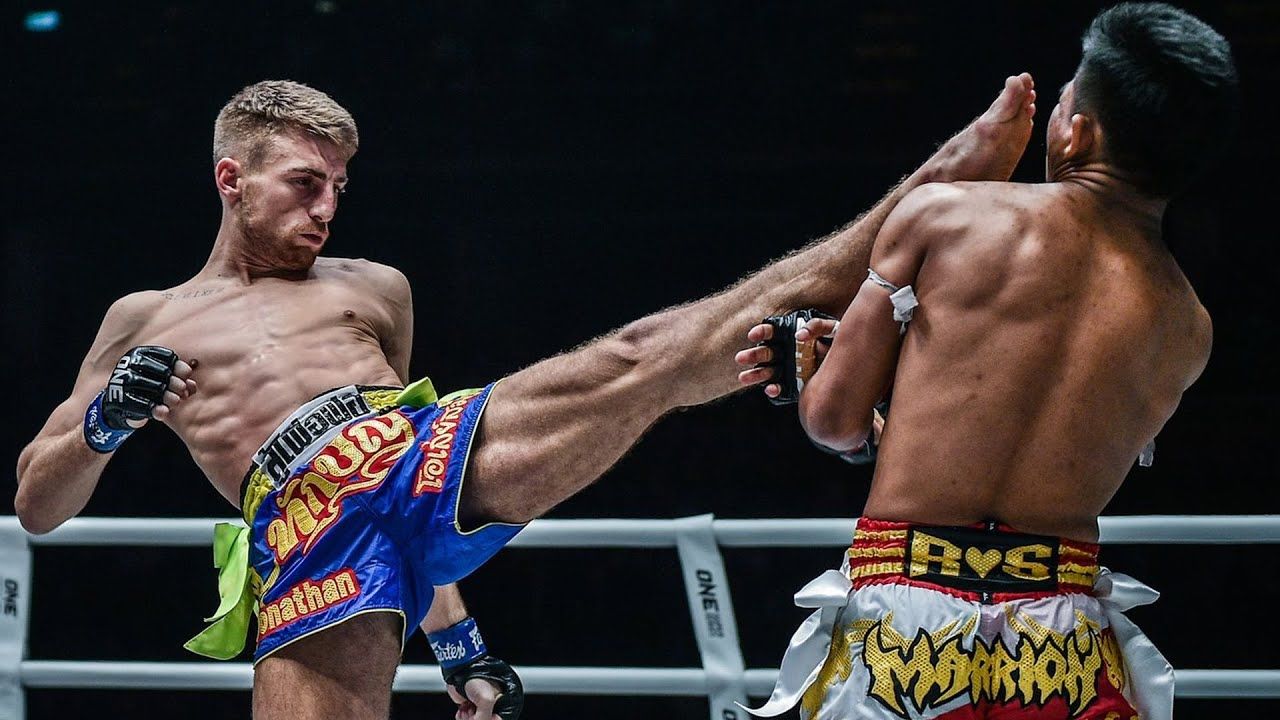 Former ONE Flyweight Muay Thai World Champion Jonathan “The General” Haggerty has competed in only World Title matches since May of last year, when he first won his strap against current two-sport king Sam-A Gaiyanghadao.

Now he’s back on the grind as he battles Taiki “Silent Sniper” Naito at the previously recorded ONE: Big Bang II this Friday, December 11, at the Singapore Indoor Stadium – but he doesn’t plan on fighting non-titleholders for long.

“I’m going to be trying to pull some tricks out of the bag. Let’s get this World Title back.”

After beating Sam-A, “The General” faced Rodtang “Iron Man” Jitmuangnon twice, losing his strap by decision in their first encounter and then losing again in their rematch in Rodtang’s home country of Thailand.

Against Naito, his patience will certainly be tested. The Japanese fighter likes to sit back and wait for his opponents to make mistakes.

Haggerty, however, promises that he has learned not to let his emotions take over, especially since that was his downfall against Rodtang.

“I learned you need to leave all emotions outside of the ring, listen to your cornermen, stick to a game plan, and don’t let Rodtang pull you into a fight — which I did,” Haggerty said.

“Naito’s main attributes are his counter-attacks. He likes to make you overstretch, and once you do, that’s when he counters.”

While he does not expect an immediate World Title shot with a win over Naito, he’s willing to take on all comers to get back in contention.

“I don’t think he’s got a spot in the top five yet, in my opinion. As I said, I think a spectacular KO in this one, then maybe [I could face] the top two, Panpayak [Jitmuangnon] and Superlek [Kiatmoo9]. Then, hopefully, get my own chance at the World Title again,” Haggerty said.

“Petchdam Petchyindee Academy is also 100 percent a fight that I’m interested in. I fight well against southpaws. That would be amazing, so bring it on.”

One thing is for certain – this Friday, Haggerty will be targeting an impressive win to set the stage for his return to a World Title.

“I’d say [I will win by] round-two stoppage. A Jonathan Haggerty downward elbow. Then maybe a new trick that I’ve developed in training, so get ready for it,” Haggerty said.

“One-hundred percent, I will be back at the top.”

Watch the previously recorded ONE: BIG BANG II on One Sports+ or the ONE Super App at 8:30 p.m. Philippine Standard Time (PHT). Also, One Sports will cut into the broadcast at 9 p.m. PHT.

Additionally, TV5 will air the event on a next-day delay at 11 p.m. PHT on Saturday, December 12.

In this article:Jonathan Haggerty, ONE: Big Bang