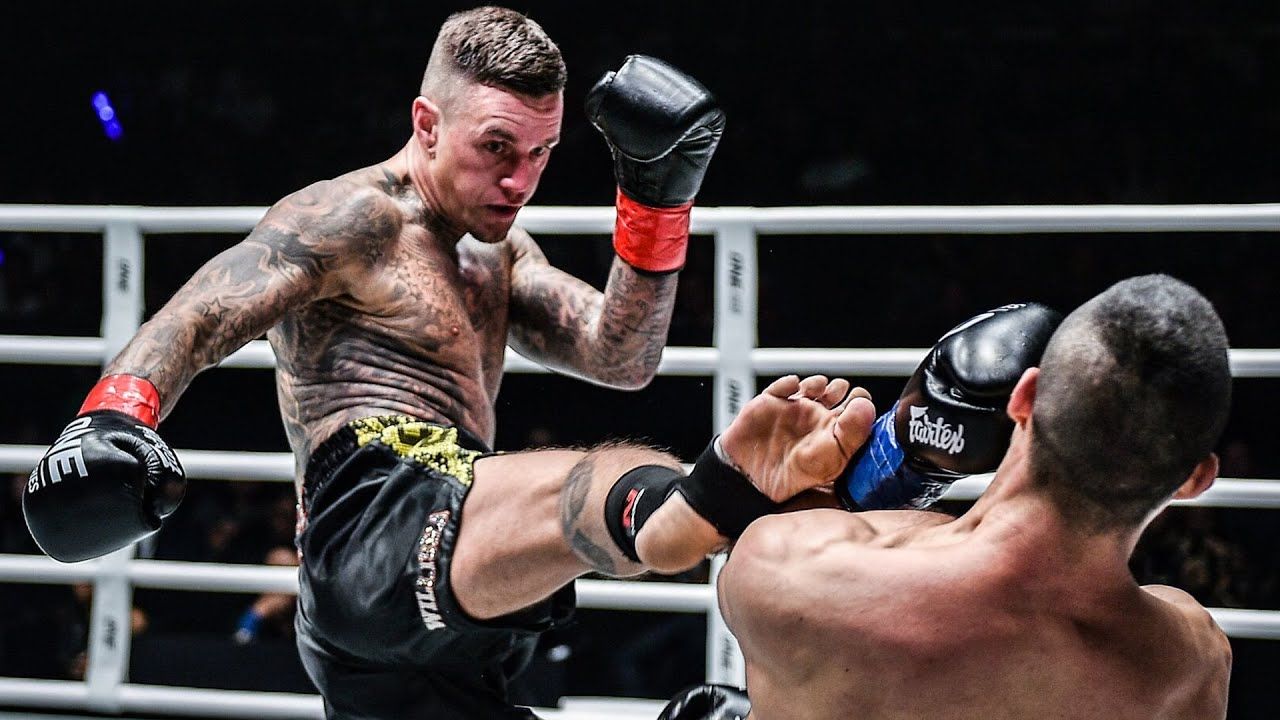 Nieky “The Natural” Holzken has not taken his eyes off the goal, and that is to become the ONE Lightweight Kickboxing World Champion.

To do that, he must overcome tough-as-nails Elliot “The Dragon” Compton in the co-main event of the previously-recorded ONE: Big Bang II, which airs to the public this Friday, December 11, from the Singapore Indoor Stadium.

Holzken came up short in his previous bids to become a World Champion on the ONE Super Series stage, losing to Regian “The Immortal” Eersel twice in 2019 via unanimous decisions.

In need of a win to get back to title contention, he plans to vent his ire on Compton.

“I’m still the number one contender, so my job is to finish all of the guys beneath me to get a few wins and run for the World Title again,” Holzken said. “Right away from the bell, I am going to pressure him. I am going to push him back and try to get him with good shots in the first round.

“I am known for my body shot, and I think that is a good thing to hit him with. Then maybe I can end it with a knockout.”

Talking about Elliot, the Dutchman noted his opponent’s experience, particularly in the Muay Thai clinch. However, he believes his punches will be the key against the Australian.

“Elliot is an all-around fighter with a lot of experience. He has done a lot of Muay Thai fights, so his weapons are normally with the clinch and elbows. He has some good jabs, low kicks, and tricky things,” Holzken said.

“I think I’m good all-around too, but I think I’m the better boxer and that will be my key to success in this fight with Elliot. I also think I’m stronger and more complete, with better defense.”

With 147 fights on his resume and a lot of mileage behind him, Holzken is confident that he still has a lot left in the tank to make another run at a World Title.

#ReadMore  Rene Catalan wiped out in 37 seconds at ONE: Big Bang

And it all starts with Compton; after that, he plans to take it one match at a time.

“I’m 36 years old, but I am still the number one contender. At the gym, I feel as strong as ever. I think when I am mentally prepared and 100 percent focused that I can still beat everybody. I am still very strong and motivated to be the champ,” he said.

Watch the previously recorded ONE: BIG BANG II on One Sports+ or the ONE Super App at 8:30 p.m. Philippine Standard Time (PHT). Also, One Sports will cut into the broadcast at 9 p.m. PHT.

Additionally, TV5 will air the event on a next-day delay at 11 p.m. PHT on Saturday, December 12.