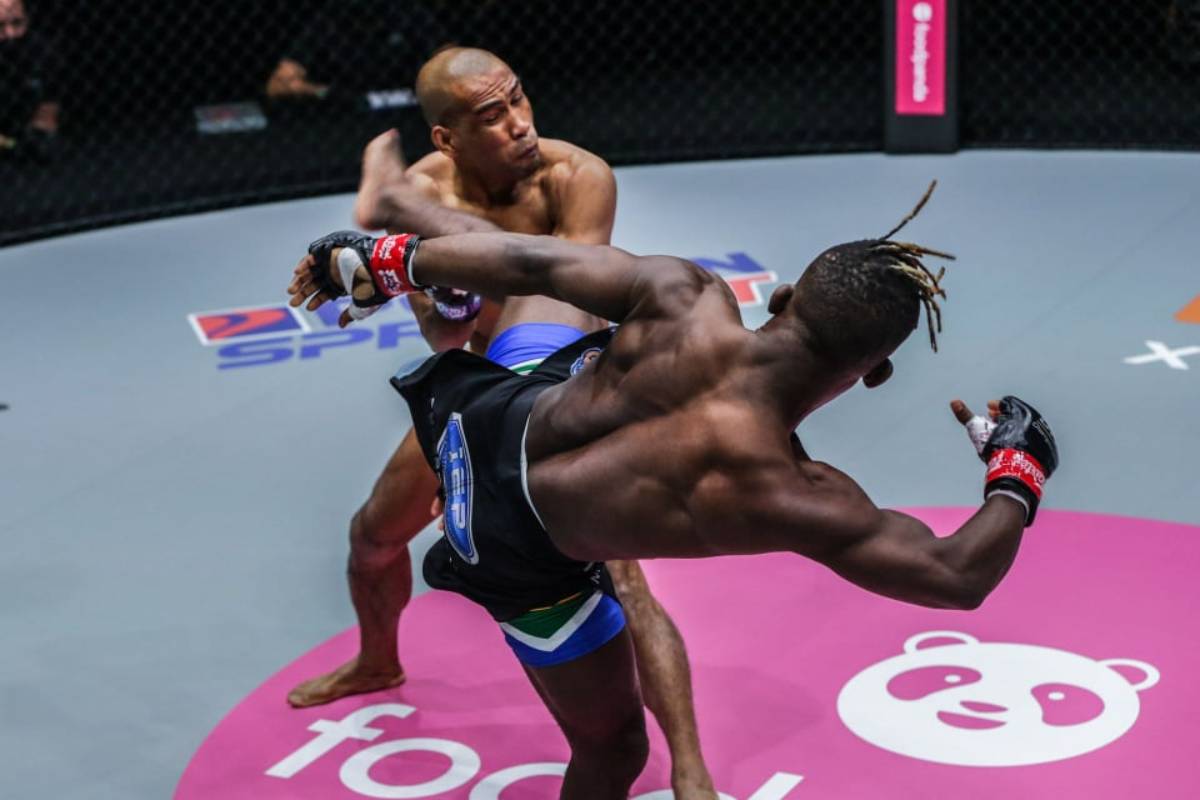 It was a terrible night for Catalan Fighting System.

Moments after Jomary Torres suffered defeat to Ritu Phogat, CFS head Rene Catalan was knocked out in just 37 seconds by Bokang Masunyane, Friday at ONE: Big Bang at the Singapore Indoor Stadium

“I feel really great. Leading to the fight, I was working on my stand up. I was here to showcase it,” said the South African.

A perfectly clean knee by the 26-year-old Masunyane to the no. 3 ranked strawweights’s body set up the finish.

As the 41-year-old former Asian Games gold medalist walked away, Masunyane connected on an off-balance head kick that knocked out Catalan.

“I’ve been working a lot of my striking with my wrestling. It just worked out well,” said Masunyane, who raised his record to 7-0.

Catalan, on the other hand, dropped to 6-4. He experienced his first knockout loss since December 5, 2014 — a TKO loss to Dejdamrong Sor Amnuaysirichoke.

After the bout, Masunyane called out ONE Strawweight World Champion Joshua Pacio of Team Lakay.

“Well, I’m the best in my division. I’d like to challenge the champion, but if he is not ready, give me number one or number two.”

The two martial artists took the bout on short notice after the Danny Kingad-Kairat Akhmetov match was scrapped due to Kingad’s cornerman testing positive for the coronavirus (COVID-19).