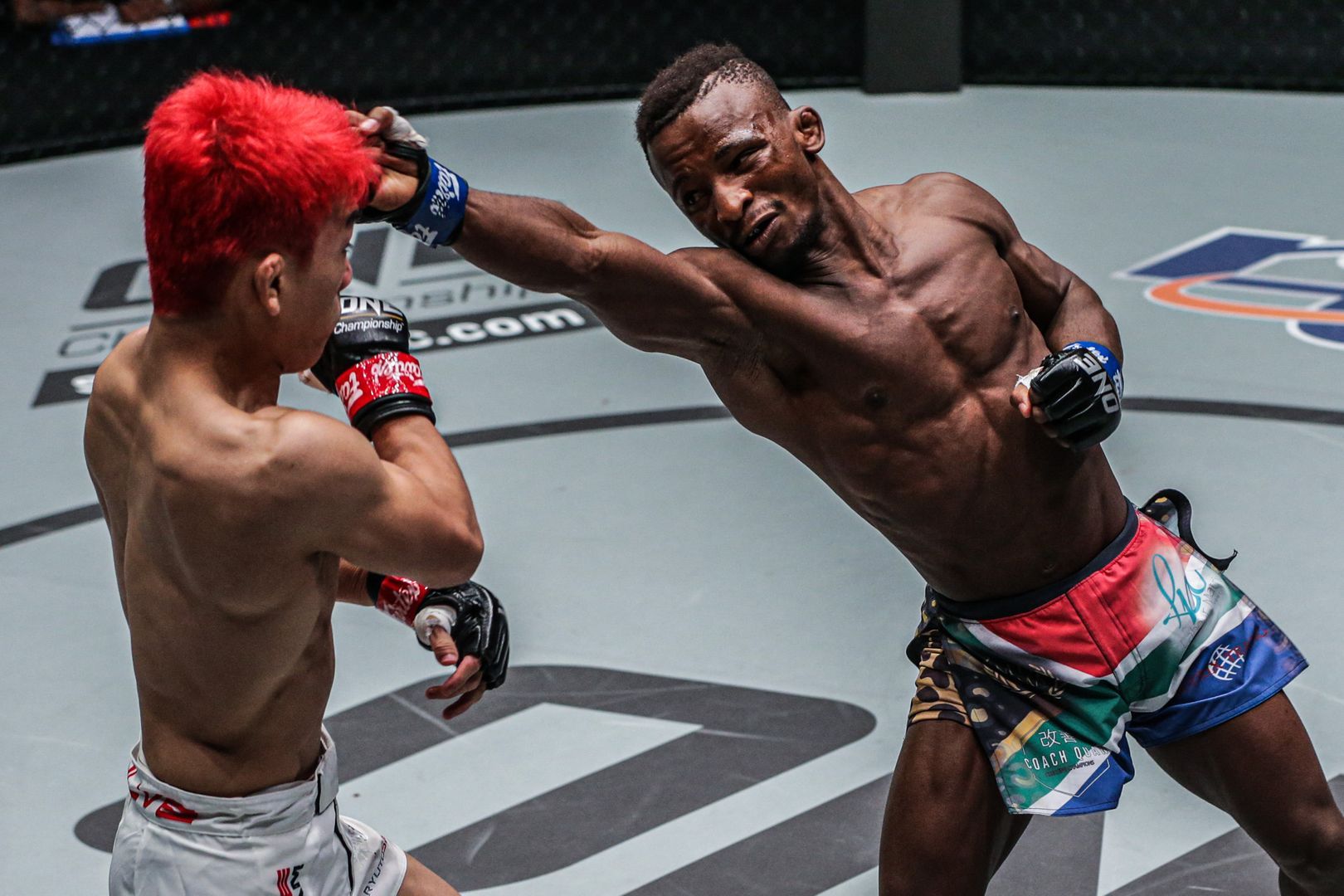 Bokang “Little Giant” Masunyane plans to send a message to the entire ONE Championship strawweight division, and he vows to do so at Rene “The Challenger” Catalan’s expense.

The strawweights are set to collide at ONE: Big Bang this Friday, December 4, live from the Singapore Indoor Stadium, in a match that could certainly tow Masunyane into the spotlight.

“I’ve always said, ‘Give me the best and toughest guys,’ and Catalan is top three in the division,” Masunyane said.

“He has the experience, and he is a veteran. I know that beating him will be a big achievement for me and put me closer to the World Title.”

It seems like confidence is not an issue for the South African.

Still, “Little Giant” did credit Catalan’s skill set, which has been blossoming in The Home Of Martial Arts.

Once just a striker, Catalan has integrated wrestling and grappling into his game. And he showed it while stopping one takedown after another against Yoshitaka “Nobita” Naito en route to a first-round TKO victory.

While Masunyane is impressed, he feels far from threatened.

“Yes, he has some good skills, but to be honest, I am never worried about any of my opponents. I have watched some of the videos to see what he is good at, but I do not feel threatened by anyone in the division — not just Rene Catalan,” Masunyane said.

“I feel like I am something special, and I am going through the whole division to become the World Champion. I respect him, but he has never fought somebody like me, and I am going to dominate him from the get-go until the end of the fight!”

When the Circle door closes and the opening bell rings this Friday, Masunyane asks fans to be on the lookout. For him, a new king is about to take over the division.

“I’m hoping Catalan brings his A-game because he’s got a lot to work on in order to beat me. There’s no way I see myself losing this fight,” Masunyane said.

“I’m not going to give up. I am not going to lose, because I am meant to be a World Champion. The new African king has arrived. Everyone better be ready for me!”

Catch ONE: BIG BANG this Friday, December 4, live on the ONE Super App or One Sports+ at 8:30 p.m. Philippine Standard Time (PHT).

Unbeaten Phogat Wants To Showcase ‘Something Different’ Vs. Torres

Tonon Aims To Continue His Stunning Transition To MMA Vs. Matsushima