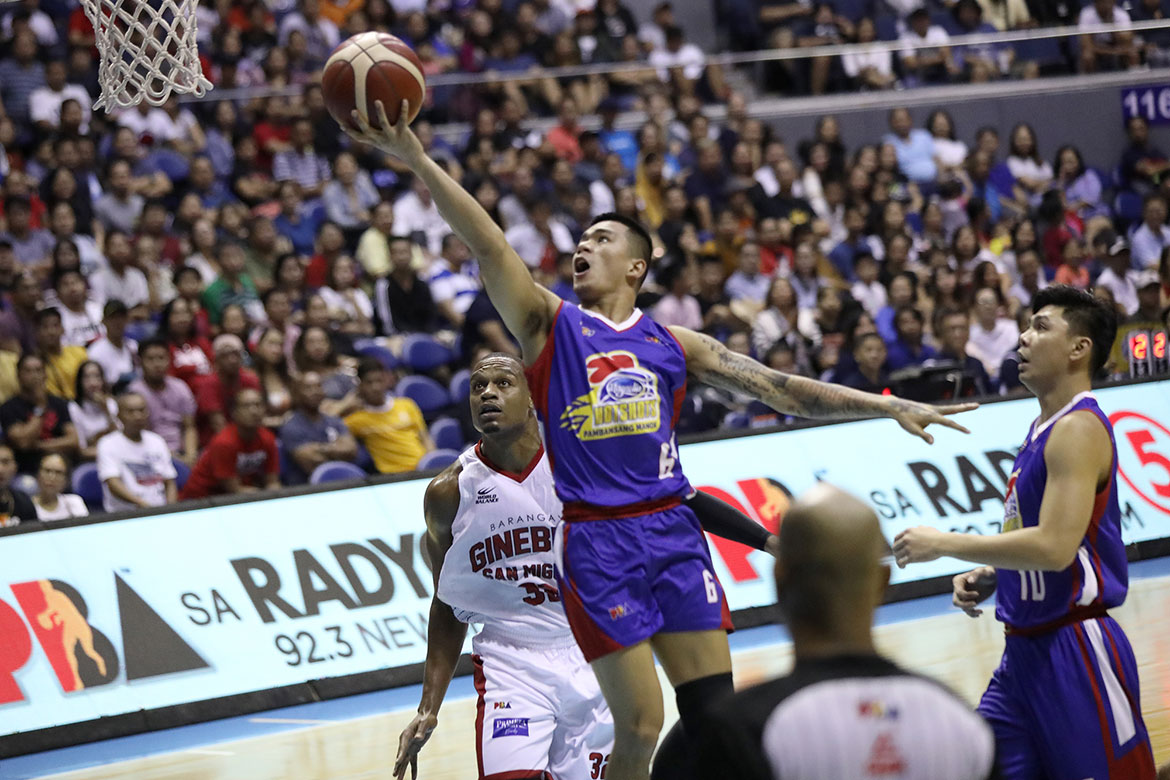 According to those, the diminutive yet do-it-all floor general will be part of a three-team trade that involves Magnolia, NorthPort, and Barangay Ginebra, with the Gin Kings as his final destination.

Moreoever, the rumored deal also reportedly includes former San Miguel Beermen forward and new Batang Pier Christian Standhardinger, and that he will land on the Hotshots.

Interestingly, the 27-year-old native of Cagayan de Oro and the Hotshots faced the Gin Kings on Sunday night. They lost, 83-105.

Regarding the rumors, though, the Arellano University product said they are not his concern.

“‘Di ko kailangan isipin ‘yun,” said Jalalon, who played for 19 minutes and 50 seconds. He finished with six points, four assists, and three rebounds against three turnovers in the loss.

For Jalalon, his only concern is helping the defending champions get back on track. Magnolia absorbed its third straight loss, dropping it to 3-4.

Brownlee wanted to get another triple-double, but win more satisfying