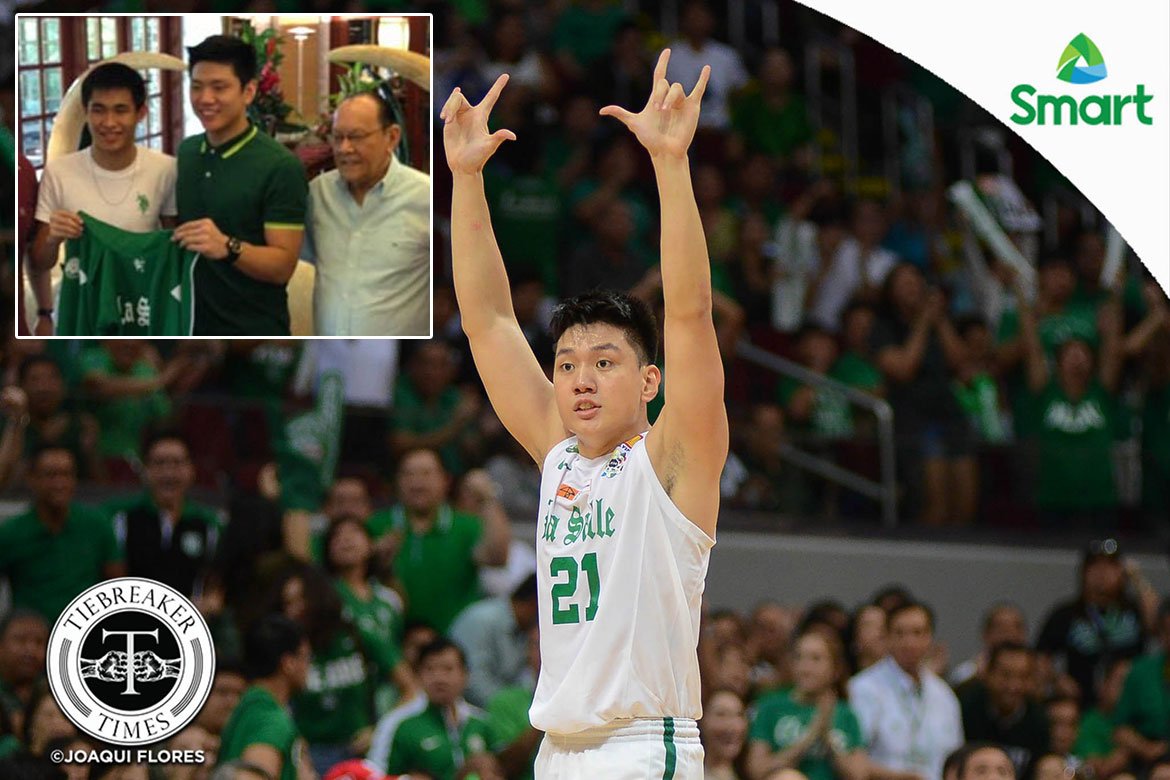 Ambassador Danding Cojuangco was always hands-on when he was the team booster of De La Salle University.

For Jeron Teng, he fondly remembered the time during his rookie year when Cojuangco, despite being ill at that time, went out of his way to visit one of the Green Archers’ practices.

What made it memorable for Teng? Well, it was in the midst of Typhoon Pablo — the strongest typhoon that struck the country back in 2012.

“I will always remember the time when there was a strong typhoon back in 2012, team practice was moved to LSGH [La Salle Green Hills] because of heavy flooding in different areas. Despite the typhoon and the flood, we saw boss ECJ entering the court to watch our practice. And during that time he had an oxygen tank with him,” shared Teng.

“The whole team was very surprised, and we were all moved because of his presence alone during that time really meant a lot to us.”

Teng and Cojuangco had a special father-son relationship for almost a decade.

Back when Teng was in Xavier School, ECJ would go to Xavier School to watch his games in the then-Tiong Lian Basketball League. It would lead to Teng committing to La Salle.

In his five years donning the Green and White, Teng and the Green Archers won two UAAP crowns. It was their way for paying Cojuangco’s trust in them.

Tuesday evening, Cojuangco passed away at the age of 85.

Teng shared that he will never forget Cojuangco’s willpower, which he hopes to carry for the rest of his life.

“Boss ECJ always provided us with the best of the best for the team. And for that, I will always be grateful.

“Thank you for the two championships we won together for DLSU. You will always be remembered, boss ECJ. Thank you for all the guidance, generosity, and most of all, the fighting spirit you showed us all in your lifetime. RIP Boss ECJ,” closed Teng’s emotional post on Instagram.

READ  La Salle's blowout of Ateneo inspires Teng to get back
Related Topics:DLSU Men's BasketballEduardo Cojuangco Jr.Jeron Teng
Up Next