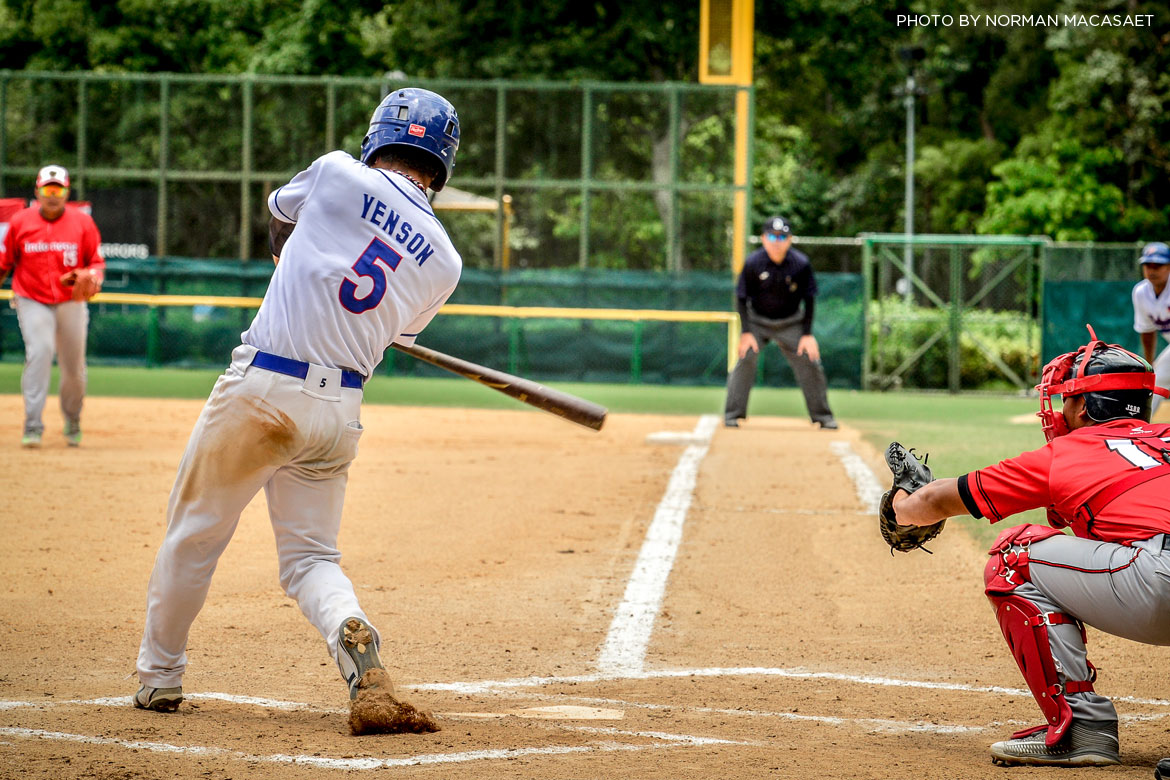 Coming into this game, the Philippine National Baseball Team needed to come up with a victory to keep their hopes of punching a ticket to the 2019 BFA Asian Championship in Tokyo alive. And the young Filipinos needed to dig deep to keep the dream alive.

The win keeps the Philippines’ record a prestine 3-0 heading into the final day of competition while dropping Indonesia to a 0-3 slate.

But the 42nd-ranked team in the world gave the Nationals a tough challenge early on.

Indonesia were up 2-0 early while the Philippine batters’ hits landed squarely on the gloves of the Indonesians early in the contest.

Needing a spark, it was left fielder Yenson who gladly provided it.

The Adamsonian connected on a single in the fifth inning and was brought home by fellow Soaring Falcon Erwin Bosito. And this was just the start for Yenson.

With the bases loaded, Yenson fired off a laser to center field to bring home Harper Sy to tie the contest, Jonash Ponce for the go-ahead run, and Bernardo for some added cushion. A throwing error by Indonesia’s catcher gave Yenson another run.

“Yenson will be one of the leaders sa team one day. He is very young but he shows potential sa pitching and hitting niya,” Bernardo beamed about the native of Nueva Ecija, who went 3-of-4 at-bat.

Outside of the eigth inning, Indonesia never fully threatened the Filipinos afterwards as Jon-jon Robles was once again spectacular on the mound. In six innings pitched, he was able to fan nine Indonesian batters.

In the final day of the five-nation meet, the Philippines will face 41-ranked Hong Kong.

Hong Kong is currently 2-1 in the tournament. A loss by the Filipinos though will result in a tie. A quotient system will serve as the tiebreaker in case this happens.

Still, Bernardo and the rest of the National Team will treat the contest like the way they’ve treated their past games.

“Same lang naman. Good start dapat and we have to win every inning. Maintain lang namin composure namin all throughout the game and for sure maging maganda resulta namin.”