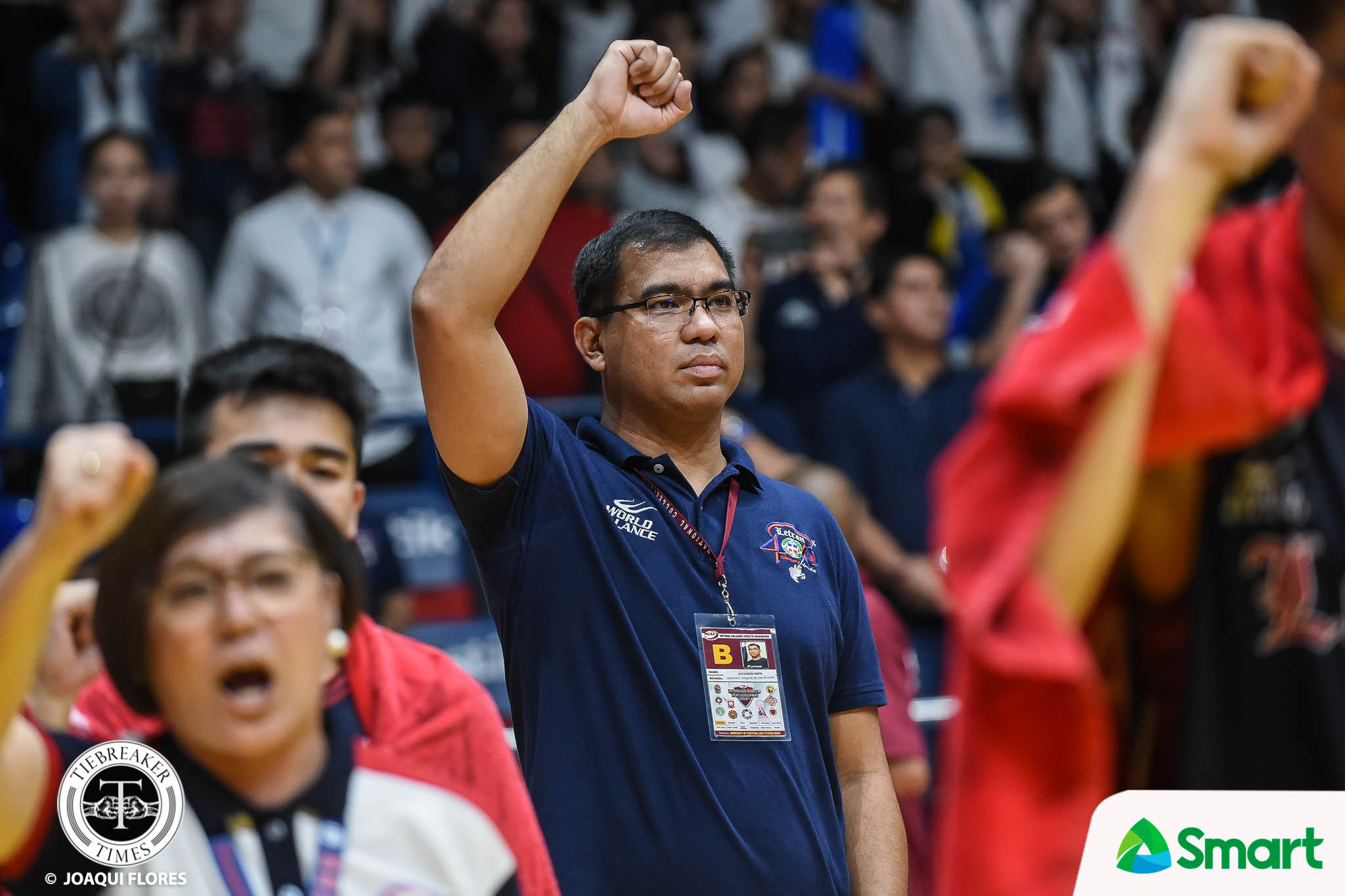 After a three-year stay with the Colegio de San Juan de Letran Knights, Jeff Napa will have to work to retain his spot as head coach of the team.

“End of contract. We are still open for him and everybody else to be interviewed,” one of the school’s officials, who requested anonymity, said.

The school will form a search committee for the now-vacant spot. It will be headed by Fr. Stephen Besa, OP and special assistant for sports affairs Alfrancis Chua.

Still, Letran rector Fr. Clarence Marquez, OP, will have the final say on who the next head coach will be.

Napa succeeded Aldin Ayo as the school’s chief tactician back in the 92nd season of the NCAA. He has accumulated a 32-25 record in the last three years, culminating with a Final Four appearance a season ago.

For the mean time, RJ Guevarra will serve as the team’s interim head coach in the upcoming PBA D-League season.