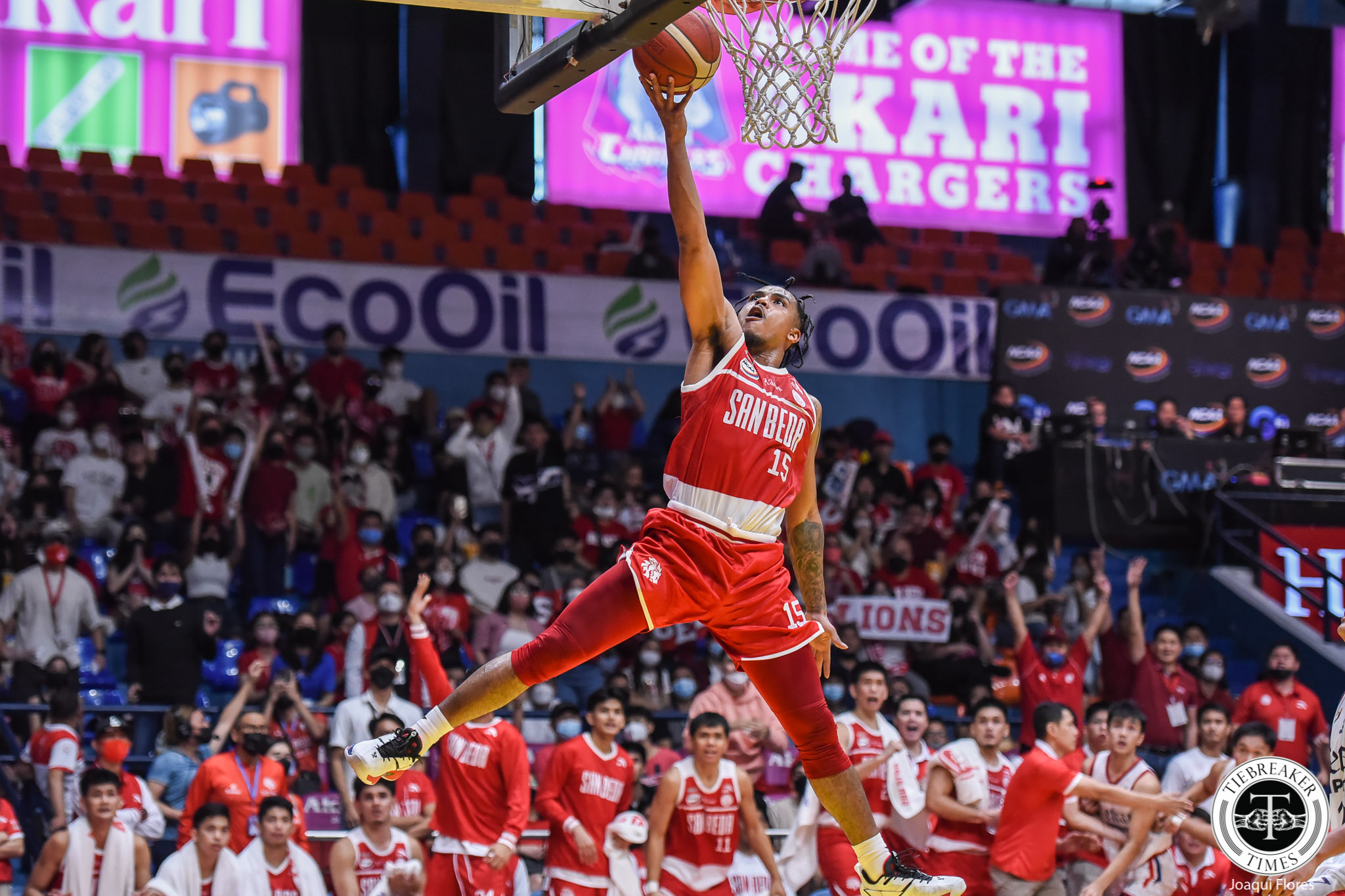 Down by just four 68-72 with 36 seconds left, Kurt Reyson missed a triple that was rebounded by Jame Kwekuteye.

Paolo Javilionar however was called for an unsportsmanlike foul after grabbing the jersey of Kwekuteye.

The Red Lions veteran converted the two technical free throws to get into two possessions, 74-68 to seal the ball game.

The Knights were waxing hot in the first quarter hitting nine triples to lead by as much as 17, 33-16.

The Red Lions were able to adjust however and eventually crawled back into the game after limiting Letran to scoring 35 in the next three cantos.

Kwekuteye led the Red Lions with a well-rounded performance scoring 17 points, 11 rebounds, and five assists. Jb Bahio also had a double-double with 16 markers and 13 boards.

For the Knights, Reyson led the team with 20 points, seven rebounds, and two assists. Both Fran Yu and King Caralipio finished with 17 markers apiece with the former adding five assists and three boards, while the latter had 11 rebounds and three assists.

Both teams now have an identical 3-2 win-loss record.

Next up for San Beda is Jose Rizal University (3-2) on Tuesday at 12 NN, while Letran will look to bounce back against Lyceum of the Philippines University (4-1) on Sunday at 3 PM.