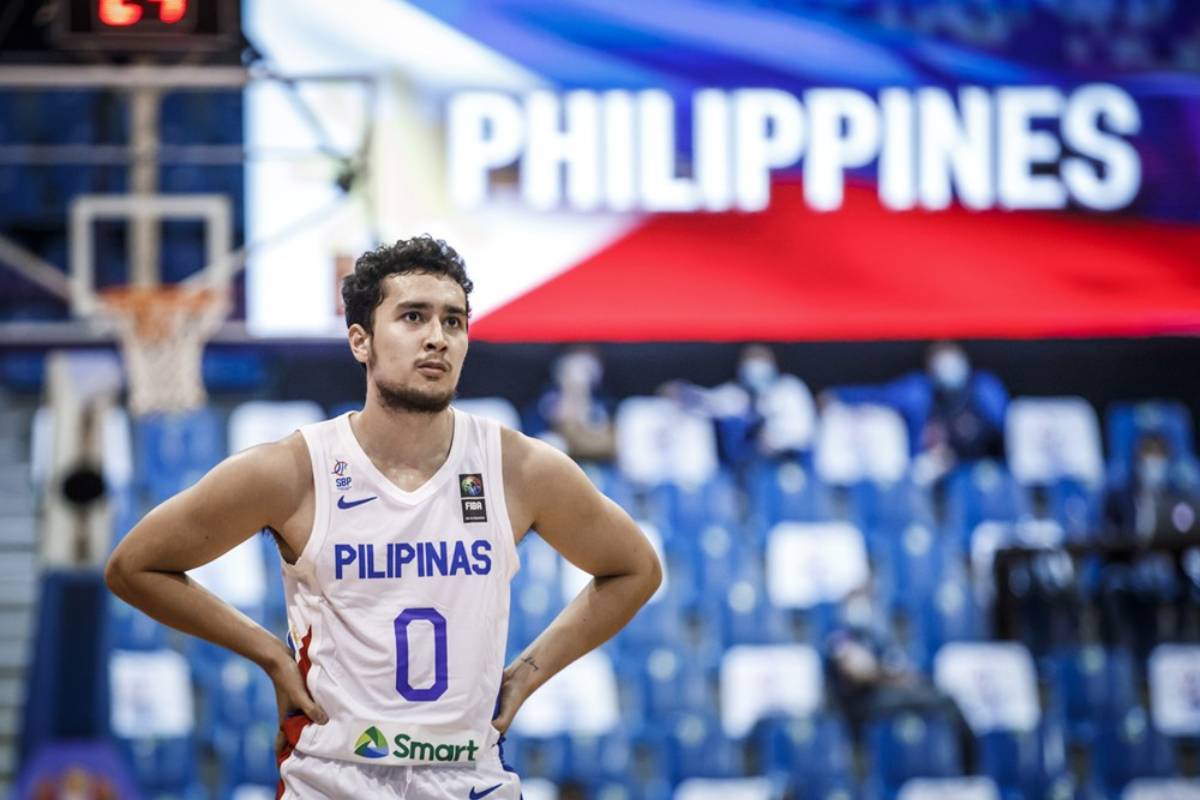 Javi Gómez de Liaño will not be part of Gilas Pilipinas tune-up games against China this week.

The 6-foot-5 winger has been cut from Gilas’ pool for the upcoming FIBA Belgrade Olympic Qualifying Tournament on June 30.

The 22-year-old UP Fighting Maroon does not feel disappointed, though. In fact, he feels extra motivated to return to the gym and work on what he lacked during the Clark window of the 2021 FIBA Asia Cup Qualifiers.

“I’m feeling great you know. I always look at the bright and positive things in life,” he told Tiebreaker Times.

Gómez de Liaño has been juggling being a student and a player over the past three months.

Last March, Gómez de Liaño had to beg off from entering the Inspire Sports Academy as he was finishing the final requirements to gain his degree in Physical Education.

He returned to the Calambubble in May, but still had to teach and attend class in the morning. Afterwards, he would join the team in practice.

“It was very, very tough.

“I had a hard time during the bubble because every day I was mentally drained with school. Imagine I was teaching, studying, and training at the same time,” he recalled.

“It really affected my mental health because I was not getting enough rest. Every day, I wake up early for class then morning training, then quick lunch, then class again, then night training. It was a big challenge on my end to balance them all,” he continued.

Making matters worse, Gómez de Liaño badly strained his quad last June 6 —exactly 10 days before their first round encounter against South Korea. It was an injury that had been bugging him since March.

But Gómez de Liaño fought through it since his teammates like Matt Nieto, Rey Suerte, Dave Ildefonso, Kemark Carino, and Jason Credo were already sidelined due to injuries.

“Things got worse when I strained my quad. It has been hurting for four months, so it really affected badly my performance.”

During the Manama window last November, he averaged 14.0 points and 2.5 rebounds. Though part of the team that played against South Korea, Coach Tab Baldwin did not field him in.

Baldwin then made sure that Gómez de Liaño got to play. The mentor made a last-minute replacement in their game against Indonesia two days later, plugging Gómez de Liaño for William Navarro.

“I’m very grateful for Gilas and Coach Tab. I’m always one call away whenever they need me,” he said about his coach.

Now that he gets a chance to return home, Gómez de Liaño looks to fix the injury that has been bugging him for the last few months.

“Now that school is almost done and I’m about to graduate, I can fully focus now getting back to my top shape and rehabbing my injury for, hopefully, the next Gilas bubble.”