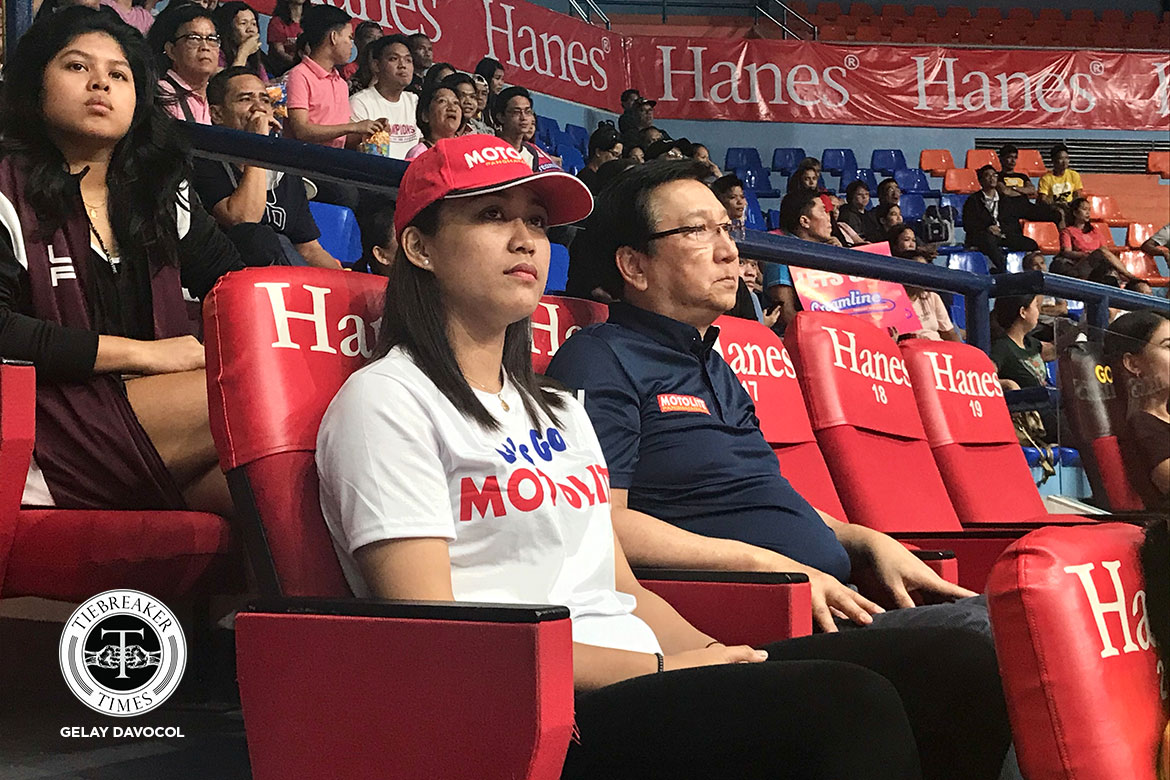 During the series opener of the 2019 PVL Open Conference semifinals between Motolite and Creamline, Grazielle Bombita is watching in the stands on Saturday afternoon.

While doing so, however, the main hitter of Bali Pure is seen wearing a Motolite cap and shirt.

This comes in the wake of reports that Bali Pure’s management complained that another club team had signed one of its players to a contract while the all-local conference is still underway.

However, there is a general semi-amateur league rule that allows club teams to recruit players from eliminated squads for their semis campaign.

As of this posting, it is still unknown whether Bombita inked the contract before the playoffs since league rules state that there can be no player movements during the crucial stages of the tourney. It’s also undisclosed whether she can suit up for Motolite any time soon.

Ateneo Blue Eagles stamp class on NU, one away from elims sweep

Robert Bolick out for ‘a couple of months’, says Mikee Romero